What is Michael Lewis’s The Big Short about? What is the key message to take away from the book?

In The Big Short, Michael Lewis takes us inside the madness, corruption, and greed at the heart of the 2007-2008 financial crisis. It tells the story of an eccentric collection of investors who saw the folly of the subprime mortgage-backed securities market—and found a way to bet against it. By focusing on individuals who saw these securities for what they truly were, the author forces us to seriously question the wisdom (and motivations) of the financial elites who wield so much power over our economy, society, and politics.

Below is a brief overview of The Big Short: Inside the Doomsday Machine by Michael Lewis.

The Big Short: Inside the Doomsday Machine

In The Big Short, Michael Lewis explores the origins of and fallout from the 2007-2008 financial crisis through the eyes of a handful of eccentric and oddball investors who saw that the U.S. housing market—and, by extension, the entire financial system—was built on a foundation of sand.

These investors were lifelong iconoclasts who refused to worship at the altar of high finance. They saw, simply by reading financial statements and exercising basic due diligence in their investment decisions, that Wall Street was caught up in a cycle of irrational exuberance regarding mortgage-backed securities. Major financial institutions had deeply overvalued these securities and had passed them off to investors throughout the financial system.

The group—Steve Eisman, Michael Burry, Greg Lippmann, Charlie Ledley, Jamie Mai, and Ben Hockett—discovered that subprime mortgage-backed collateralized debt obligations (CDOs) were essentially worthless. By simply doing the research and analysis that no one else was willing to do, this group (working largely independently from one another) saw that the CDOs were nothing more than repackaged bundles of mortgages issued to un-creditworthy Americans. These instruments had been wildly overrated by the credit ratings agencies, whose job it was to evaluate the riskiness of the securities. The bonds and CDOs sold for far more than they were worth because they’d been wrongly issued sterling grades from the agencies. The contrarian investors hypothesized that once the interest rates on those mortgages rose or housing prices stopped rising, the bonds and CDOs of which they were composed would become financial toxic waste that would poison the entire financial system.

The eccentric group of investors further saw that they could profit from the colossal short-sightedness and mismanagement of major Wall Street investment banks. By purchasing a financial instrument known as a credit default swap, they could bet against (or “short,” in Wall Street parlance) these soon-to-be-valueless bonds and CDOs. The swaps functioned like an insurance policy. The purchaser of the insurance policy paid regular premiums to the seller. In the event of a calamity, however, like the collapse of the housing market, the seller of the swaps would have to pay the full face value of the referenced bond.

The group saw that the impending collapse of the subprime housing market would soon make their credit default swaps worth far more than they’d paid for them, as investors would be scrambling to buy insurance coverage against the losses on their devalued bonds and CDOs. It was like this group had found a way to purchase dirt-cheap fire insurance coverage on a house that they knew was going to be engulfed in flames the next day.

By detailing how a group of individuals discovered they could profit from the greed and stupidity of some of the world’s leading financial institutions, The Big Short helps us make sense of an event that most of us remember but few fully understand. It’s more than just a story about mortgage-backed securities, credit default swaps, subprime loans, collateralized debt obligations, and systemic risk. At its heart, The Big Short is a tale about the perils of greed and short-sightedness. It exposes the true nature of modern capitalism and forces the reader to seriously question the wisdom of the financial elites who wield so much economic and political power in our society.

The Big Short explores several key themes and enablers of the financial crisis, as well as the human missteps that led to it.

Above all, greed and short-sightedness were the prime drivers of the financial crisis. The big banks saw that they could get rich by extending mortgage loans to the least-creditworthy Americans and then bundling those loans into complex financial derivatives that they sold off to unwitting and uninformed investors.

Ordinary homebuyers weren’t inexcusable either—many took on mortgage terms that they had little chance of being able to meet, and some bought multiple houses on meager salaries. While the deceptive nature of how mortgages were marketed played a part in this behavior, consumers were also clearly trying to cash in on skyrocketing housing prices.

In short, all major stakeholders in the ecosystem were fueled by the desire for profit, which made it easy to overlook the other systemic problems below.

The sheer complexity of the mortgage-backed securities is what enabled the risk from subprime mortgage bonds and CDOs to spread like wildfire throughout the financial system. No one seemed to understand how these convoluted financial products worked or how to properly evaluate what they were truly worth. Even the big investment banks themselves were confused as to how much of these toxic assets they actually owned.

The ratings agencies were particularly susceptible to these sorts of miscalculations. They were supposed to evaluate the riskiness of these products by assigning ratings to them—these ratings would then be used by investors to determine whether or not they were good investments. Thus, the ratings agencies had enormous influence over the prices that CDOs would command in the marketplace. But the agencies’ ignorance and lack of sophistication led them to assign undeservedly high ratings to the CDOs.

Explicit corruption and fraud also played a powerful role in creating the crisis. In many cases, the lenders who created the original bad loans that were to be packed into the CDOs deliberately misrepresented the terms of the mortgage to the borrowers. They lured these borrowers in with “teaser rates”—low initial interest rates on their mortgages which then ballooned into exorbitant rates after a few years. This acted as a ticking time bomb in the financial system, triggering a moment where millions of mortgages would fail at the same time.

There were also blatant conflicts of interest that made the subprime mortgage bond market dysfunctional. The ratings agencies already had a poor understanding of the financial products they were meant to be evaluating. But they were also corrupt—they were essentially paid by the big investment banks to issue rosy ratings to the dodgy financial products that the banks were cooking up. The banks were paying clients of the agencies, and the agencies risked losing the banks’ future business if they issued poor ratings to the CDOs.

The agencies weren’t the only players who had short-term incentives that encouraged behavior which would be destructive in the long-term. Major insurance companies like AIG prioritized short-term greed over long-term financial stability, because it was highly profitable for them to do so. AIG, for example, insured billions of dollars worth of subprime CDOs, because they were raking in a fortune in insurance premiums. Few at the company bothered to think about what would happen if the underlying bonds failed, because the business was so lucrative in the short-term.

People faced perverse incentives at every level of the subprime mortgage disaster.

Borrowers had an incentive to borrow more than they could ultimately afford because they thought that (with ever-rising home prices) they would always be able to refinance and take out new loans to cover the old ones, using their homes as collateral.

Lenders were motivated to shower uncreditworthy borrowers with cash because they knew that they would just be bundling the loans into subprime mortgage bonds and pass them off to other investors.

The ratings agencies, likewise, had every reason to give their blessing to the whole process because they were being paid by the big investment banks to do so.

And, of course, the big banks themselves got bailed out by the federal government to the tune of $700 billion when the whole market collapsed. This raises another question: did the big banks know that they were too big to fail and that they would receive a bailout no matter what kind of irresponsible risks they took? If so, this would be a powerful incentive to take wild financial risks. After all, it’s easy to gamble when you know you’re playing with the house’s money.

Outsider Perspectives Can See Through the Smoke

Given the madness into which Wall Street had descended, it took a true outsider perspective to see through the smoke and mirrors. It is no coincidence that the group of investors who saw the crisis coming and found a way to profit from it were a collection of cynics, pessimists, oddballs, and neophytes who held no reverence for the supposed wisdom of the market. They were able to see how irrational and chaotic the subprime mortgage bond market was because they had always looked askance at Wall Street’s conventional wisdom. This gave them the necessary perspective to see a once-in-a-lifetime opportunity where no one else could.

Some of them, like Steve Eisman, were morally aghast at Wall Street’s fleecing of ordinary Americans. For others, like Michael Burry, betting against the housing market was simply an extension of the eccentric investing strategy they’d always pursued. But they all had in common the fact that they were iconoclasts and nonconformists who zigged when the rest of Wall Street zagged. 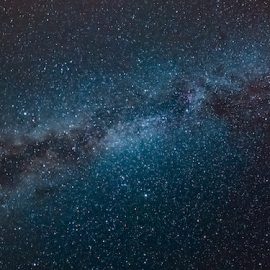