You may have heard of credit default swaps, but the underlying concept can be hard to understand. What’s a good credit-default-swap example?

A credit default swap is an insurance policy on a bond.

We’ll cover two credit-default-swap examples that show how these policies work and the role they played in the 2008 financial crisis.

For example, if you purchased credit default swaps on $100 million of GE bonds, you might pay $200,000 per year for 10 years. Thus, your losses would be capped at $2 million. But if GE defaulted on those bonds, your payout could be up to $100 million: 50 times what you initially put down. It was a classic asymmetric bet: fixed losses, but potential winnings many multiples over that amount.

Leading up to the 2007-2008 housing crisis, a few maverick investors saw that the housing boom wasn’t sustainable–it was bound to crash. So they wanted to bet against the housing market to make a profit when it crashed. To do this, they needed to create credit default swaps for the housing market.

It was like this group had found a way to purchase dirt-cheap fire insurance coverage on a house that they knew was going to be engulfed in flames the next day.

Dr. Michael Burry was one of these maverick investors. Burry saw that now was the time to act. Once borrowers started getting hit with higher interest rates (in roughly two years), there would be a wave of defaults that would bring the mortgage bond market to its knees. Once that started happening, lots of investors would be desperate to purchase insurance on the bonds they’d invested in—and the only way they would be able to do this would be through the credit default swaps that Burry would own.

But he couldn’t wait too long to buy the swaps. Once the mortgage market started to crumble, the cost of purchasing insurance on subprime mortgage-backed securities (credit default swaps) would skyrocket, making his trade unfeasible. Timing was key—he needed to corner the market on credit default swaps before the rest of Wall Street caught on, while the swaps could still be had on the cheap.

But there was a hitch in his plan: there were no credit default swaps for subprime mortgage bonds. The banks would have to create them. Furthermore, most of the big firms that would be willing to create them might run into solvency issues and be unable to actually pay Burry the returns on his swaps if his catastrophic predictions were accurate. They were too exposed to subprime.

In 2005, only Deutsche Bank and Goldman Sachs expressed any interest. Burry hammered out a deal with them to establish a pay-as-you-go contract, ensuring payment as individual bonds failed. In May 2005, he purchased $60 million in swaps from Deutsche Bank, $10 million apiece on six separate bonds. Burry hand-picked these bonds after having read the prospectuses, seeing that they were composed of the dodgiest, most questionable subprime loans.

But within months, the market was starting to see the wisdom of Burry’s move. Before the end of 2005, representatives from the trading desks at Goldman Sachs, Deutsche Bank, and Morgan Stanley were asking Burry to sell back the credit default swaps he’d purchased—at very generous prices. Their sudden interest in credit default swaps for housing market loan bundles, which he’d helped them create mere months before, could only mean one thing—the underlying mortgages were starting to fail.

To investors who started to buy credit default swaps after Burry, it was as though they’d bought cheap fire insurance on a house that was already on fire. It shouldn’t have been this easy—their swaps were worth far more than they’d been purchased for.

For a while, it didn’t seem like purchasing credit default swaps on mortgage bundles would pay off. Burry was baffled by how the market was behaving. The data from the mortgage servicers kept getting worse and worse as 2006 turned to 2007 (and the teaser rates expired). The loans were faltering at higher and higher rates, yet the price of insuring the bonds composed of these loans kept falling. It was as if a fire insurance policy on a house had become cheaper after the house was on fire. The market wasn’t reacting as expected.

But the fall did come. When everyone realized the house was on fire (the housing market was collapsing), investors who had bought fire insurance (credit default swaps) got payouts in the millions of dollars. 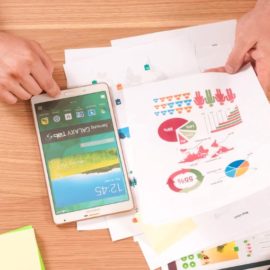 What Is a CDO? If You’re Confused, You’re Not Alone

How Are Resources Allocated in a Market Economy?

What Is a Tax-Deferred Retirement Plan?