We’ll cover what forms the belly-of-the-whale stage may take and look at two examples of a hero encountering the belly of the whale.

The Belly of the Whale

Next comes one of the most potent symbols of the hero’s death and rebirth—the common motif of the hero being inside the belly of the whale. This belly symbolizes the womb (also a temple); the darkness within represents death; and the hero’s emergence parallels the act of birth (or rebirth).

As we mentioned above, the hero-story is always one of self-annihilation. This obliteration of the hero’s old form and the transformation into something new is akin to the act of a worshiper entering a temple. When we enter a sacred space—whether church, mosque, Shinto shrine, or pagan grove—we are leaving the confines of the familiar world and undergoing our own metamorphosis. Like the threshold guardians of mythology, entrances to ancient places of worship were often marked by fearsome images of gargoyles, dragons, lions, and bulls.

The Greek hero Heracles sees the city of Troy being sacked by a monster that had been sent by the angry god of the sea, Poseidon. The king ties his daughter to the sea rocks as a sacrificial offering, hoping to appease the angry deity. Heracles agrees to rescue the girl and dives into the monster’s gaping mouth. He is digested, and manages to kill the beast by hacking his way out and emerging from the belly. This is a form of the belly-of-the-whale stage.

Other swallowing-and-reemerging (belly of the whale) motifs occur in mythological traditions across the world. The Irish hero Finn MacCool is swallowed by a monster known as a peist; in the German fairy tale of Red Ridinghood, the heroine is devoured by a wolf; on the other side of the world, in Polynesia, Maui is consumed by his great-great-grandmother.

The Belly of the Whale and Self-Sacrifice

These legends of the belly of the whale are also closely tied to themes of self-sacrifice and torment of the flesh. The hero must sometimes destroy their own flesh in order to renew the world. The motif is probably most famous to Western readers from the story of the suffering of Christ on the cross. It also occurs frequently in other religious and mythological traditions, where they are killed, dismembered, and have their bodies scattered.

The ancient Egyptian hero-god Osiris is drowned in the Nile by his evil brother Set. When Osiris comes back from the dead, Set kills him again, this time dismembering the body into 14 pieces and scattering them all over Egypt.

Sometimes, the hero will require aid from a third party in order to return home from the realm of the supernatural. The hero, indeed, may need to be rescued himself.

The Eskimos tell the story of Raven, who ventured into the belly of a whale with fire-sticks, where he meets a beautiful girl. This girl is, in fact, the soul of the whale. Raven also notices a strange tube running along the backbone of the whale, dripping oil. The oil is delicious, and because he’s impatient for more, he rips off a piece of the tube, killing the whale and causing oil to pour into the belly. The girl never returns—he has extinguished the whale’s soul. The whale washes ashore, where the villagers carve up pieces of it to take home as food and fuel, freeing Raven from his captivity inside the beast. Raven uses his fire-sticks to force his way out of the whale (a symbol of rebirth). The villagers look at him curiously. When they find the fire-sticks he has left behind, Raven tells them that fire-sticks found inside a whale are a deadly omen. The villagers flee, leaving Raven to enjoy all the whale-meat for himself.

Self-Sabotage: Definition and Why We Do It 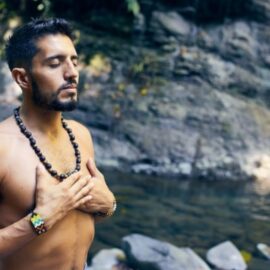 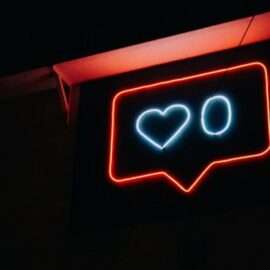 Stop Doing the Right Thing for the Wrong Reason