The Tao of Pooh is a book that uses stories of Pooh and friends to illustrate Taoism. The Tao of Pooh quotes highlight some of these insights and their connection to Pooh.

Read on for three important The Tao of Pooh quotes.

Three The Tao of Pooh Quotes

“Do you really want to be happy? You can begin by being appreciative of who you are and what you’ve got.”

The first of these The Tao of Pooh quotes get to the basics of Taoism. Taoism is the belief in the Way, or the mechanism that governs all things in heaven and earth. You cannot and should not try to explain or define the Way for the sake of knowledge. You can simply experience the Way. When living with the Way, life is happy.

The “Vinegar Tasters” is a popular Chinese painting that helps elucidate how Taoism differs from other belief systems. The painting shows three men surrounding a pot of vinegar. Each man represents one of the three prominent teachings of Chinese wisdom—Confucianism, Buddhism, and Taoism—and the vinegar represents the “essence of life.” Each man has dipped his finger in the pot, tasted the vinegar, and reacted by way of facial expression to the taste.

When you merely exist in the appreciation of what life offers, are open to its lessons, and are willing to adapt to whatever comes your way, you are living a Taoist life. The vinegar is only sour or bitter if you choose to experience it that way through comparisons or resentment. The vinegar is simply what it is, and when you accept and appreciate that, the negative becomes sweet.

“The main problem with this great obsession for saving time is very simple: you can’t save time. You can only spend it. But you can spend it wisely or foolishly.”

The second of The Tao of Pooh quotes is about the Bisy Backson. If the Pooh Way is the way of inaction, then the opposite behavior would be overaction. In the world of Pooh, a person who is always moving, always searching for something they don’t have or a way to get more is called a “Bisy Backson,” which translates to “Busy, Back Soon!” A Bisy Backson is someone who is never at peace or content. They’re the ones pacing the floor, fidgeting, or rattling the change in their pockets. They must always be exerting the full capacity of their energy and feel like there’s never enough time.

Saving Time is another motivation for Bisy Backson behavior. There are many examples of Backson society trying to save time: fast food restaurants, grocery stores, microwaves, pesticides, and others. The sole purpose is to create ways to do things fast and efficiently, leaving the person or natural element as a secondary priority.

However, all these efforts to save time do not actually lead to more time. Life moves at an even faster clip than before these things were invented, and all the time saved is filled up with more distractions. The problem is that time is not like water, stamps, or sand. You can’t bottle it up and use it for later. In the effort to create ways to save time, you actually use time. If you spend all of your time trying to figure out how to save it, you’re wasting it.

The last of The Tao of Pooh quotes is about the benefits of simplicity. Being simple does not mean being stupid in Taoist culture. It means being wise, which is different from having knowledge or cleverness. The fact that Pooh is always the hero in his stories, rather than the more knowledgeable Owl, Rabbit, and Eeyore, is significant.

An example from one of their adventures helps explain the difference:

One day, Rabbit, Pooh, and Piglet were lost in the woods. They followed many paths, but they always seemed to end up at the same sand pit. Rabbit, always on the lookout to show how smart he is, reasoned that the pit was a sign that he knew where they were in the woods. But Pooh thought the pit was following them. When it was time to find a new direction, Rabbit wracked his brain to determine the right direction, but Pooh suggested a different tactic. He thought they should try to find the sand pit.

Pooh’s reasoning was this: When they went looking for home, they always found the pit instead. If they started looking for the pit, they would surely not find it because they hadn’t found anything they’d been looking for all day. Instead of the pit, they might find another thing, and maybe the thing they find will be the thing they’re looking for. Using this strategy, they were able to make it out of the forest and find their way to Christopher Robin’s. Pooh and Piglet acknowledged that with all of Rabbit’s cleverness, he doesn’t really understand anything. 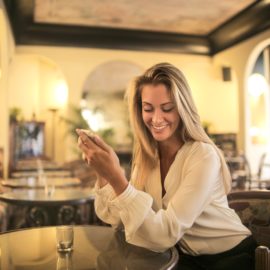 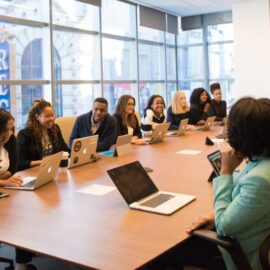 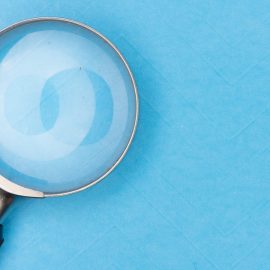 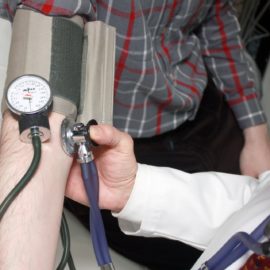 Books About Doctors: Dr. Kalanithi, On Getting Cancer

Why Should You Read? Because Reading Is Learning