What are system limits? What types of system limits are there, and how can we overcome these limits to build better systems?

System limits are our own blind spots regarding systems. Often, we limit ourselves by not using the system to its full potential.

Read more about system limits and how to overcome them.

We try to understand systems to predict their behavior and know how best to change them. However, we’re often surprised by how differently a system behaves than we expected. Systems thinking is counter-intuitive in many ways, even for trained systems thinkers.

At the core of this confusion is our limitation in comprehension. Our brains prefer simplicity and can only handle so much complexity. That prevents us from seeing things as they really are.

This chapter discusses a collection of such system limits. The underlying themes are:

When we try to understand systems, we tend to see them as a series of events.

While events are entertaining, they’re not useful for understanding the system. Events are merely the output of a system, and are often the system’s most visible aspects. But events often don’t provide clarity into how the system works or the system structure, which means they don’t help you predict how the system will behave in the future or tell you how to change the system.

In fact, an event-driven view of the world is entertaining precisely because it has no predictive value. If people could merely study daily events and predict the future, the news would lose its novelty and stop being fascinating.

In our daily lives, we see the world act linearly. This is one of our system limits. There is a straight-line relationship between two things. For example:

However, much of the world doesn’t act linearly. Two elements can’t be related on a straight line. For example:

When we studied stock-and-flow diagrams above, we represented the inflows and outflows as clouds. These mark the boundaries of the system we’re studying.

We cap systems to simplify them. This is partially because we can only tolerate so much complexity, but also because too many extra details can obscure the main question. When thinking about a fishing population, it would be confusing to have to model the entire world economy and predict how a football team’s performance might work its way down to fishing behavior.

However, we tend to oversimplify systems. We draw narrow boundaries that cause us to ignore elements that materially affect the system. This can cause the system to behave against our expectations, because we had an incomplete model of the system. For example:

We also tend to draw natural boundaries that are irrelevant to the problem at hand. We draw boundaries between nations, between rich and poor, between age groups, between management and workers, when in reality we want happiness and prosperity for all. These boundaries can distort our view of the system.

In this world, nothing physical can grow without limit. At some point, something will constrain that growth. However, we naturally tend to avoid thinking about limits, especially when they involve our hopes and aspirations.

Consider a typical company that sells a product. At all points, it depends on a variety of inputs:

At any point, one of these factors can limit the growth. No matter how much you supply of the other inputs, the output stays the same; the limit is constraining the growth of the system. For example, the company may have more than enough labor and machines to produce the product, but it might lack the raw materials to make full use of the other inputs. (Shortform note: This limit is often called a “bottleneck.”)

As we saw in the car dealership example, delays happen at each step of a flow:

We tend to underestimate delays as a habit. You’ve had personal experience with this when a product took far longer than you expected, even if you tried to anticipate that delay.

Delays can cause surprising behavior with significant ramifications for society:

Delays cause us to make decisions with imperfect information. We may be perceiving information that is too old. In turn, our actions may overshoot or undershoot what the system needs. Like the manager of the car lot, this can lead to oscillations.

We can only make decisions with the information we comprehend accurately. This is one of our most significant system limits.

Second, even if we had total information, we’re limited in the information we can take in and digest.

Third, even the information we can take in is biased.

It’s small wonder then that we can act with good intentions but cause bad results. 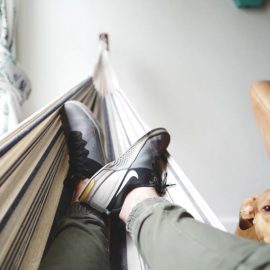 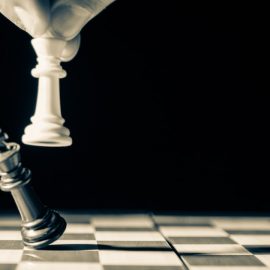 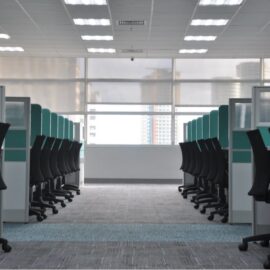 Scaling Your Business: Not Everybody Makes the Cut