What are System 1 and System 2 thinking? How do they work in concert, and when should you rely on one or the other?

We’ll cover how System 1 and System 2 thinking work together and when you should use one or the other.

System 1 Thinking: operates automatically and quickly, with little or no effort, and no sense of voluntary control

System 2 Thinking: allocates attention to the effortful mental activities that demand it, including complex computations. Often associated with the subjective experience of agency, choice and concentration

System 1 and System 2 Thinking: How They Work Together

System 1 can be completely involuntary. You can’t stop your brain from completing 2 + 2 = ?, or from considering a cheesecake as delicious. You can’t unsee optical illusions, even if you rationally know what’s going on.

Because Daniel Kahneman’s System 1 operates automatically and can’t be turned off, biases are difficult to prevent. Yet it’s also not wise (or energetically possible) to constantly question System 1, and System 2 thinking is too slow to substitute in routine decisions. We should aim for a compromise: recognize situations when we’re vulnerable to mistakes, and avoid large mistakes when the stakes are high.

System 1 can arise from expert intuition, trained over many hours of learning. In this way a chess master can recognize a strong move within a second, where it would take a novice several minutes of System 2 thinking.

System 2 thinking requires attention and is disrupted when attention is drawn away. More on this next.

System 1 can detect errors and recruits System 2 for additional firepower.

In summary, most of what you consciously think and do originates in System 1, but System 2 takes over when the situation gets difficult. System 1 normally has the last word.

System 1 and System 2 Thinking: Errors in One and Laziness in the Other

All of your answers, if you really spent time on it, could be verified by deliberate System 2 thinking. In the first question, it’s easy to see that if the ball cost $0.10, the total would be $1.20, which is clearly incompatible with the question. For the second question, if you had to enumerate the major cities of Michigan, you would likely list Detroit.

For some people, spending enough time would be sufficient to get the answers right. But many people, even if given unlimited time, might not even think to apply their System 2 thinking to question their answers and find different approaches to the question. Over 50% of students at Harvard and MIT gave the wrong answer to the bat-and-ball question; over 80% at less selective universities.

This is the insidious problem of a “lazy System 2.” System 1 surfaces the intuitive answer for System 2 thinking to evaluate. But a lazy System 2 doesn’t properly do its job – it accepts what System 1 offers without expending the small investment of effort that could have rejected the wrong answer.

Even worse, this aggravates confirmation bias. A piece of information that fits your prior beliefs might evoke a positive System 1 feeling, while your System 2 might never pause to evaluate the validity of the piece of information. If you believe a conclusion is true, you might believe arguments that support it, even when the arguments are unsound.

In other words, a powerful system 2 is useless if the person doesn’t recognize the need to override their system 1 response.

While System 1 is useful, you should utilize both Daniel Kahneman’s System 1 and System 2 thinking. 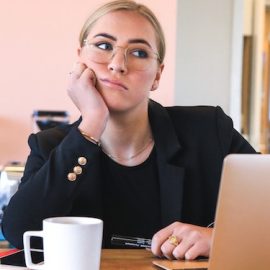 The Curse of Knowledge: Blinded by Expertise 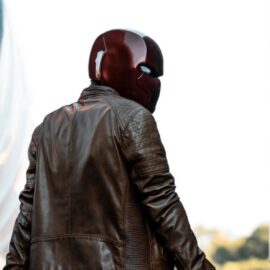