What are structural adjustment loans? Why does economist William Easterly think they are a huge failure?

Structural adjustment loans are economic reforms that aim to transition a country to a free-market economy—but they come with many catches. In the end, these loans usually end up putting a struggling country into more debt.

Keep reading to learn why structural adjustment loans are not the answer to economic reform.

In his book The White Man’s Burden, William Easterly writes that the IMF and the World Bank have imposed a variation of shock therapy under the softer name of “structural adjustment loans”—economic reforms that recipient countries must implement in order to secure the loan. These reforms usually involve some combination of a reduction in public spending, privatization, deregulation, and a removal of trade barriers, with the ostensible purpose of galvanizing the transition to a free-market economy and improving the population’s standard of living.

However, according to Easterly, the track record of structural adjustment loans has likewise been a dismal failure. Countries often end up on multiple rounds of loans, with new loans used to cover the old ones. This only increases these countries’ overall debt load, requiring more good money to be thrown after bad, in a never-ending, vicious cycle. These governments are seldom held accountable for their corruption and fiscal irresponsibility—and, as a result, have little incentive to reform, since they know they can usually count on another round of loans.

As a result, the foreign aid ends up propping up and rewarding bad governments, while saddling their economies with massive debt loads that make them undesirable destinations for international business investment—all to the detriment of the people. The aid seldom reaches the poor people who need it, instead getting siphoned off to dictators, war criminals, local mafia-like organizations, or corrupt politicians.

The Failure of Structural Adjustment Loans

The Millionaire Next Door Formula for Net Worth

The Importance of Saving Money for the Golden Years 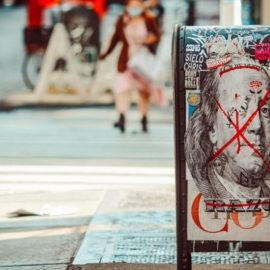