Do you ever stumble when you try to make a sales pitch to a prospect? Do you want to learn how to write a straight line persuasion script that will make you sound confident and smart, and help you close more sales?

Read more to learn how to write a straight line persuasion script.

Why Do You Need a Straight Line Persuasion Script?

Learning how to write a straight line persuasion script will benefit you in numerous ways:

The three major worries that salespeople will bring up when you introduce a sales script are as follows:

None of these are issues as long as you have the right sales script. A poorly written script can certainly be all of these things, especially the first one.

Think about the movies, specifically a speech like Mel Gibson’s in Braveheart. Obviously, they left nothing to chance—he had his lines down perfectly and everything was set up in the right way. Everything you’ve watched on TV since being a child has been scripted. You still get emotionally invested and laugh and cry!

The important thing here is to become like an actor and a writer—be good at reading a script without sounding like you’re reading one and be good at writing a straight line persuasion script that you’re able to deliver naturally.

Engage in strategic participation: Almost over-prepare in your script writing and reading. Here are eight techniques on how to write a straight line persuasion script that will set you above the pack:

8 Tips on How to Write a Straight Line Persuasion Script

Don’t let all of the major benefits of you and your product out all at once. The script will be too long and you’ll be left droning on while your prospect loses interest.

2. Focus on the Benefits of the Product, Rather Than Its Features

People want to know how a product will change their life for the better, not what the product itself can do.

3. Find Points in the Script to Pause or Stop Off

Again, if you’re just stringing together statements, even if they’re well constructed, it gives no time for the prospect to engage in conversation. This can be as simple as peppering in things like “make sense?” This will also help you build rapport and understand where you’re at with your customer.

The script shouldn’t sound like it’s written down, but it also shouldn’t be so dumbed down that the salesperson no longer sounds like an expert. Use colloquialisms and contractions a lot, but sounding natural goes nowhere if you don’t also sound like an expert.

Go through a bunch of drafts and do things like read the script out loud to test the flow.

6. Be Honest and Ethical in the Script

Everything that you’re saying needs to be totally accurate and helpful to the prospect. Don’t exaggerate or omit facts. If you own a business and you give out a script that’s unethical, it’s basically giving the go-ahead for salespeople to engage in all sorts of other unethical behavior.

7. Remember Energy In, Benefits Out

The prospect will always ask themselves whether the product is worth it. Essentially, they’ll make a quick calculation in their head: will I get more benefit out of this product than the energy that I put in? A negative answer to this question means that there is no chance the prospect will buy. If the product is too expensive or the prospect has to jump through too many hoops or give up too much information, it’s much more likely that the outcome will be negative. Don’t put too many hurdles between the prospect and the sale. Think about Amazon—it’s possible to buy in one click—making people much less likely to jump through hoops to buy from other places.

8. Build a Universe or Series of Scripts

There could be lots of scripts you use that will get you from the left side of the line all the way to the right. You could have a script for the first four seconds, a script for the body of your presentation, a script for information gathering, a script that answers any questions the prospect might have, and so on. Often, companies using a three call system (calling a prospect three times before the sale) should switch to a two call system and condense their scripts. It’s easier to get in touch with someone twice than three times.

After all this, the prospect might be getting ready to buy. They’ll ask a question like, “How much was that again?” If you answer simply “$3,000,” you’ve made a mistake.

Think about point seven of the straight line persuasion script tips. If you are just answering about the money, then what the prospect will hear is they’re paying $3,000 and getting nothing out, even if you already laid out the benefits before. The proper way to respond is to say, “This represents a cash outlay of only $3,000, and let me tell you what that will get you…” and then go on to name the benefits again and remind them how simple it is to buy. Use this answer to play down how much the prospect is spending vs. how much they are getting back. Then, end with something like “sound fair?”

Remember that no matter what, until the money changes hands the deal is not closed, so always keep in touch with the prospect, especially if it’s a complex deal that requires lawyers’ involvement and due diligence checks.

Make sure that these communications during the waiting period come from a position of strength. Even though you know the deal is not technically finished, act like it is.

How to Write a Straight Line Persuasion Script: 8 Tips 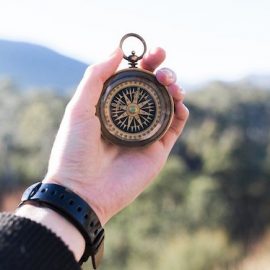 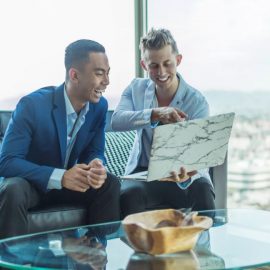 How to Make a Sales Pitch: Step-By-Step Guide 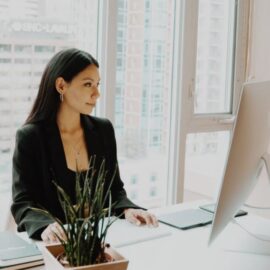