What are the key principles of Stoicism philosophy? How can adopting these principles help you become calmer, stronger, and more resilient in the face of adversity?

The principles of Stoicism are underpinned by three disciplines: 1) perception, 2) action, and 3) will. With or without knowing it, most successful people have overcome their obstacles by adopting these principles.

Keep reading to learn about the key principles of Stoicism.

Stoicism is an ancient Greek personal ethics philosophy that teaches the development of emotional self-control and mental toughness as a means of overcoming life’s trials and tribulations. The Stoic approach to life is underpinned by three disciplines (perception, action, and will).

The three disciplines of Stoicism embody principles that apply to any challenge regardless of magnitude.

1) The Key Principles of Stoicism: Perception

Perception is how we see the world around us. Typically, we assign meaning to events—for instance, whether they’re good or bad. In contrast, Stoics view events neutrally (as they are) so they can better understand them.

Learn from crises: Rather than being distracted or misdirected by fear, view crises as learning opportunities. Observe and study them dispassionately; learn from others’ mistakes and take advantage of them.

Exercise your power: You’re never powerless; whatever the situation, you control how you perceive it and how you respond. Therefore, you have the power to transform every experience or obstacle and also yourself.

Focus on what you can change: Understand what’s within your control and what isn’t, and focus on the things you can do something about. For instance, you can’t control the economy, weather, disasters, or other people’s feelings and actions. But you can control your attitude, emotions, judgments, and responses. You control how you see and respond to obstacles.

Think differently: Your perceptions often determine what you accomplish—if an obstacle looms bigger in your mind than the goal, it will stop you. Instead of listening to naysayers, and therefore accomplishing little or nothing, think differently.

Turn obstacles upside down: In every situation or obstacle, there’s a hidden opportunity that you can turn to your own benefit; learn to flip the obstacle upside down so you can see it.

2) The Key Principles of Stoicism: Action

Once you’ve managed your perceptions and seen your obstacle objectively, the next step is to act. Not rashly, however—“right action” is a discipline. It has three attributes: deliberateness, boldness, and persistence. Deliberate step-by-step action breaks down obstacles.

Get going: Everyone who accomplished great things in history began by telling themselves, “Let’s go”—usually in more challenging circumstances than we face. They didn’t wait for perfect conditions. Similarly, you need to just get the ball rolling.

Be persistent: The way to attack obstacles is to “persist and resist.” Approach them with calmness, patience, and determination. Realize you’re in it for the long haul and never think of quitting.

Do what works: Often, the best way to get things done is to be a pragmatist—adapt your approach to the circumstances and do whatever works. Because action is the only way to break apart obstacles, getting results is more important than your method.

Turn obstacles against themselves: Some obstacles may be insurmountable—you really can’t defeat them. But you still have another option: Get them to defeat themselves; turn their own strength against them. Alexander the Great tamed the mighty horse Bucephalus by simply mounting and hanging on until the horse tired of fighting.

3) The Key Principles of Stoicism: Will

The final discipline of Stoicism is will. The first two disciplines, perception and action, derive from the mind and body. Will comes from the heart.

Will is completely under your control. It can’t be stopped or affected by outside forces. When an obstacle or situation blocks your actions, you can exert will to transform the situation to something that benefits you.

Create an Inner Citadel: Stoics build a mental “Inner Citadel” impervious to adversity, and actively maintain and reinforce it. This means strengthening yourself mentally and physically during good times so you have the strength you need during bad times.

Practice acceptance: When you face a problem or situation you can’t control, the only thing you can do is accept it. Stoics refer to this as the art of acquiescence. Once you face the facts, you can very likely use the problem or challenge to your benefit.

Love whatever happens: The next step after acceptance is to love and find joy in what happens, good or bad. Setbacks and disasters in life are inevitable—you have to face up to them, so you might as well do it with joie de vivre.

Persevere: Perseverance is having the endurance to tackle a series of obstacles without quitting until you reach your goal, even if it takes years.

Have a larger purpose: When stuck in a situation you can’t control, often the best way to get through it is to ask yourself how you can at least help others, if you can’t help yourself. If you just focus on yourself and why bad things keep happening to you, you’ll stay stuck. But when you realize your ability to do some good, you’ll feel empowered. 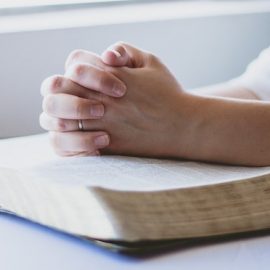 Faith and Obedience Are Simultaneous and Inseparable 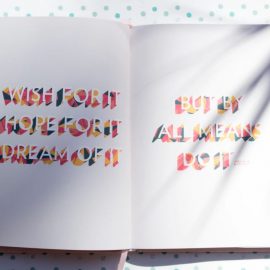 How to Attain Freedom From Suffering: 4 Buddhist Tips 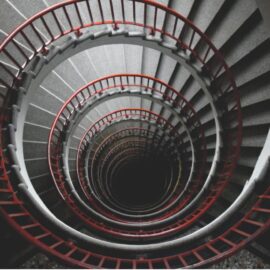