Why did Steve Jobs care about the design of Apple products? Where did he learn his designing skills?

Walter Isaacson (the author of the biography Steve Jobs) argues that the intellectual gift Jobs brought to the table was his interest and obsession with the aesthetics of design. Steve Jobs’s appreciation for design came from his father, who was a machinist and auto mechanic.

Keep reading to learn how Jobs influenced the design of Apple products and the Apple Store.

Steve Jobs’s design principles imbued in all his products were craftsmanship, simplicity, and emotional expression. As a person who’d always found himself with one foot in the “tech nerd” camp and the other in the arts, Jobs was uniquely positioned to be the bridge between the two.

Isaacson states that Jobs’s father, a machinist and auto mechanic, instilled in him an appreciation for well-thought-out design. Included in this was the idea that when building something, whether a car or a cabinet, even the parts that would never be seen should be as finely crafted as the visible parts. When translating this idea to computer design, Jobs insisted that a computer’s interior, down to the layout of the circuit board itself, should be as aesthetically pleasing as it was functional.

Jobs was heavily influenced by the Bauhaus architecture school, which melded modernist principles of art with functionality. Key to this were values of simplicity and elegance. One often repeated story is that Jobs’s inspiration for Apple’s early designs came from a sleek food processor he’d seen at Macy’s. Isaacson argues that in Jobs’s mind, engineering and design went hand in hand and couldn’t be separated from each other.

(Shortform note: The Bauhaus school of architecture was founded by German architect Walter Gropius in 1919. Its core philosophy was that “form follows function,” and that physical objects should be aesthetically pleasing as well as useful. The Bauhaus school began a trend in modernist design that incorporated simple geometric shapes and neutral colors.)

According to Isaacson, Jobs’s merging of form and function didn’t stop at the physical design of his products but went on to include the user interface. From the Macintosh forward, Jobs ensured that his products felt natural and intuitive to anyone who picked them up. When the iPhone and iPad were introduced, Jobs confirmed that everything about their design was such that nothing distracted from the screen, even though it introduced engineering challenges that could have been avoided with a larger, clunkier outer casement.

In addition to being easy to use, Steve Jobs designed his products to look friendly and express a purity of purpose. Isaacson says that to show the “friendliness” of Apple computers, the Macintosh was designed to look like a human face. When the iPod was released, to signify its simplicity and purity, Jobs declared that every part of it, from the earbuds to the power cable, would be white.

For Jobs, creating the products themselves was not the end of his expression of design. He wanted to design the user experience itself, from start to finish. Apple’s original backer, Mike Markkula, had taught him that every product and interaction with the customer should communicate the value of the company. Isaacson claims that this led Jobs to take a controlling hand in product launches, advertising, sales, and even packaging.

The creation of the Apple Store was Jobs’s single most powerful expression of his company. He designed the stores to have a minimalist layout that would highlight a small number of products and leave lots of empty space for customers to explore. Isaacson says the message Jobs wanted to express was that Apple products were creative, easy to use, and playful.

The Arts and Technology in History

There is a long and storied relationship between the evolution of technology and the development of the arts. Leonardo da Vinci, the subject of another Isaacson biography, designed the first sketches of flying machines based on his study of birds and applied his understanding of visual perspective to some of his most famous paintings. Galileo Galilei used his skill as a draftsman to bring to life the astronomical discoveries he made using one of the earliest telescopes.

Perhaps the most crucial figure in the marriage of engineering and the humanities was Johannes Gutenberg, whose 1450 invention of the moveable-type printing press ushered in a communications revolution and sparked a wave of literacy that reshaped the world. 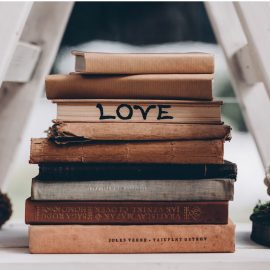 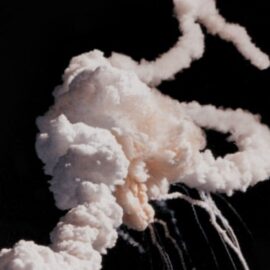