Was Stephanie Land abused? How did abuse contribute to her poverty?

After getting pregnant with her daughter, Land’s boyfriend began verbally and emotionally abusing her. When she left him, she couldn’t make enough money to get herself out of poverty.

Continue reading to learn about Stephanie Land and the connection between abuse and poverty.

Relationship With Jamie and Having a Baby

Land moves back to Washington from Alaska in her late 20s and meets Jamie. She and Jamie both work at cafes and in a variety of odd jobs in Port Townsend. Both have big plans for the future. Land has always wanted to become a writer; she dreams of attending the writing program at the University of Montana. Jamie suggests that Land move into his trailer so that they can save money toward achieving their goals.

Land and Jamie have known each other for only four months when she gets pregnant. Land had used birth control, and she isn’t against abortion, but she wants to be a mother. She wants to keep the pregnancy a secret and continue with her plans to go to college, but she also wants to give Jamie the chance to be a father. She realizes that having a baby means staying in Port Townsend and putting her plans to be a writer on hold.

Jamie tries to convince Land to get an abortion. When she doesn’t, he begins a pattern of angry outbursts and threatens Land that he won’t pay child support.

Land lives with Jamie throughout her pregnancy and during the first seven months of her daughter, Mia’s, life. During this time, Jamie continues his rages, threats, and insults. He calls Land ugly, stupid, and crazy.

Land no longer feels safe. She decides to move in with her father and his new family. When she asks Jamie for child support, he crumples a paper containing the child support calculation and throws it in her face. He yells and threatens to take Mia away from Land. When he punches through a window, Land calls a domestic violence hotline and the police come and take a report. She feels relieved that she can point to physical evidence of Jamie’s abusive behavior because much of his abuse up to that point has been invisible—it didn’t leave bruises. The police report feels like confirmation that Jamie is abusive and reassures her that she’s not crazy.

Jamie’s emotional, psychological, and verbal abuse of Stephanie Land precipitates her descent into poverty. Land is forced to leave the home she shares with Jamie because she no longer feels safe, but she has nowhere else to go, and she ends up in a homeless shelter.

Not only does the abuse cause Land to lose her home, it almost causes her to lose Mia. Jamie fights Land for custody of Mia, claiming that Land is mentally unstable and an unfit mother.

Even years after Land wins custody, Jamie continues to verbally abuse her and have angry outbursts about having to pay child support or take care of Mia. He also manipulates Mia into believing it’s Land’s fault that Mia doesn’t see him more. The constant conflict with Jamie takes a psychological toll on Land and her daughter. It also means Land has to shoulder a heavier load as a single parent.

Intersection Between Domestic Violence and Poverty

Research shows a strong correlation between domestic violence and poverty: Each exacerbates the other.

People living in poverty rarely have the resources they need to leave an abusive situation, which prolongs their exposure to abuse (and increases the danger they’re in, as abuse tends to escalate over time). The psychological impact of intimate partner violence can affect a person’s ability to maintain employment: Women in abusive relationships frequently lose their jobs, and this effect lasts even after the abuse ends.

People who do leave abusive relationships can find themselves, like Land, without a place to live or a job. In fact, between 22% and 57% of all homeless women report that domestic violence was the immediate cause of their homelessness, and 38% of all domestic violence victims become homeless at some point in their lives.

Like what you just read? Read the rest of the world's best book summary and analysis of Stephanie Land's "Maid" at Shortform.

Here's what you'll find in our full Maid summary: 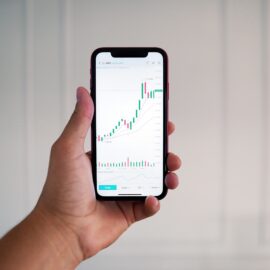 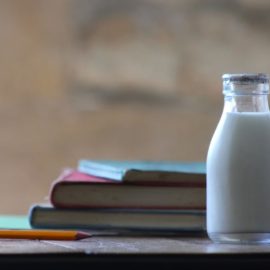