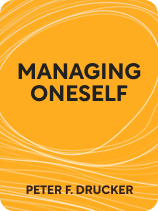 This article is an excerpt from the Shortform book guide to "Managing Oneself" by Peter F. Drucker. Shortform has the world's best summaries and analyses of books you should be reading.

Are you entertaining the idea of starting a second career? What are the advantages of having two careers?

A second career is a career you initiate around the midpoint in your working life. According to Peter Drucker, there are two key advantages of starting a second career: 1) avoiding career stagnation, and 2) having an extra opportunity for professional realization.

Let’s explore Drucker’s notion of a second career, its advantages, and how to start it.

Your second career could be a complete switch in careers or a gradual transition towards something more suited to you. Drucker states that those who have a successful second career are the natural leaders who’ve mastered the principles of self-management.

The Advantages of a Second Career

Drucker says that there are several advantages to having a second career. First, it helps you avoid career stagnation. If you’ve been working the same job and industry for 20 years, you may not be inspired by the idea of continuing on that path for the next 20 years. Changing careers presents a fresh start and a new challenge.

Second, it can give you another pathway to success. In today’s knowledge economy, Drucker underlines, we increasingly judge people by their achievements. If your first career hasn’t been successful, having a backup option presents a new opportunity to achieve.

How Can You Start Your Second Career?

One approach to starting a second career is to pivot from the path that you’re on to use your skills in a different industry. For example, if you previously worked in human resources and were responsible for recruitment, you could pivot and start to work as a headhunter.

Drucker’s other path to a second career is to run a career or activity parallel to your main job and slowly switch from one to the other. For instance, you may have a main job as a sales account manager and have a secondary source of income renting out a property as a vacation home. As you become more proficient at managing the vacation home, other people may ask you to manage their properties, too, and you can slowly transition into a property management role.

Like what you just read? Read the rest of the world's best book summary and analysis of Peter F. Drucker's "Managing Oneself" at Shortform.

Here's what you'll find in our full Managing Oneself summary:

How to Deal With Judgmental People