What are Simon Sinek’s views on leadership? What does he think is the most important element of good leadership?

Simon Sinek’s views on leadership center around establishing trust. We’ll cover why Simon Sinek believes good leadership creates trust within the business, and how to establish the trust necessary to be a great leader.

Simon Sinek’s views on leadership center on trust. Trust is a gut feeling–it exists in the limbic brain and can’t be rationalized. That’s why we trust certain companies even when things go wrong, and mistrust other companies even though they do everything right.

And when people trust a leader or organization, they place a higher value on it. Sinek defines value as “the transference of trust,” meaning value is the result of people trusting in you, your product, or your company. This is why trust is so important in Simon Sinek’s views on leadership.

Consequently, you can’t rationally convince someone to trust you. You have to earn that trust by showing them that you share their values and beliefs. That happens when you clearly communicate your WHY. Once people trust you, they will follow you willingly. This is the essence of Simon Sinek’s leadership.

When a group of people with similar beliefs have a cause, challenge, or goal to chase creates a strong sense of teamwork. This gives employees something to work toward, which is how great ideas happen. Encouraging this sense of teamwork is part of Simon Sinek’s leadership strategy.

This is very different from average companies, who just give people things to work on. In these situations, people do their jobs and nothing more.

It’s the job of a great leader to create an environment where inspired work can happen.

Great leaders create strong company cultures where everyone works toward the same goal. They inspire employees to believe and pursue WHY instead of WHAT. This is why Simon Sinek’s leadership beliefs center on trust and company culture.

All three men were doing the same work. The first two men had a job. The third had a calling.

By starting with WHY, you give your employees a cathedral.

Building Your Tribe on Inspiration

Building an organization that’s based on trust starts with the hiring process. When you have a strong WHY, you can find employees who are also passionate about your mission.

The trick to building a tribe based on inspiration is to look beyond a résumé. Don’t just hire skilled people that you then have to motivate. Instead, hire motivated people who believe in your WHY, and inspire them.

Hiring the right people often has a flywheel effect – the more people you bring on who fit your culture, the easier it is to recruit people who also fit the culture, and so on. This is an important element of Simon Sinek’s leadership approach.

Here are two real-world examples that show the effects of hiring employees who believe in your WHY:

In the 20th century, Ernest Shackleton set out to cross the Antarctic. He put out an ad for this unprecedented journey: “Men wanted for hazardous journey. Small wages, bitter cold, long months of complete darkness, constant danger, safe return doubtful. Honour and recognition in case of success.” This attracted only people who loved the WHY and could endure the pain.

Shackleton didn’t ask for his WHAT: “Men needed for adventure. 5 years experience required. Must know how to maintain ship and pitch tents.”

He and his team of twenty-seven men ended up stranded in the Antarctic for ten months when their ship, the Endurance, sank. Remarkably, no one died, because Shackleton hired inspired people. 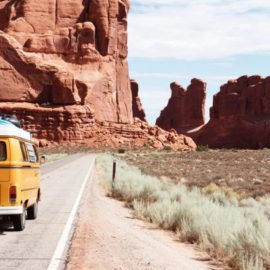 What Does Genchi Genbutsu Mean? How to Go & See

The 3 Most Important Qualities of a Leader