Simon Sinek has written extensively on Apple. Why? What is the key to Apple’s massive success? What are the views of Simon Sinek on Apple?

According to Simon Sinek, Apple’s success is based on its clear understanding of its own purpose. We’ll cover Simon Sinek’s insight into Apple’s success, and why Sinek uses Apple in so many of his examples in his book Start with Why.

Simon Sinek on Apple, Lesson #1: Define Your “Why”

Your WHY is your central belief. It’s the concept that motivates you to get out of bed in the morning. In terms of an organization, it’s the reason you’re in business. According to Simon Sinek, Apple does this extremely well, and it’s the key to Apple’s success.

The WHY leads to the HOW and the WHAT:

Certain companies and leaders inspire people around them to achieve amazing goals. They mobilize people beyond using personal incentives and rewards – instead, they make people feel a sense of purpose and belonging to a community. According to Simon Sinek, Apple is one of these companies.

These effective leaders Start With WHY – they communicate the purpose of what they are doing and the impact their work will have.

Simon Sinek on Apple, Lesson #2: Set the Standard for Your Field

Those who lead aren’t necessarily #1 terms of market share, but they’re the companies or people who are setting the course for their industries. Simon Sinek says Apple computers only make up 3 percent of the global home computing market share; however, Apple leads the technology industry because of its impact and vision. Other technology companies are trying to become Apple, not the other way around.

Simon Sinek on Apple, Lesson #3: Be Innovative, Not Novel

Novelty — defined as being “new” or “unusual” — is often marketed as “innovation.”

But novelty and innovation are very different from one another.

Ultimately, novelty tricks consumers into thinking that a product or service is innovative when it’s not.

We can see the difference between novelty and innovation when we look at two “innovative” phones: the Motorola RAZR and the Apple iPhone.

Whenever companies introduce multiple minor variants of a product, that’s a sign that they’re just practicing novelty instead of innovation, like Colgate’s thirty-two types of toothpaste. According to Simon Sinek, Apple’s focus on innovation rather than novelty sets it apart.

Simon Sinek on Apple, Lesson #4: Combine WHY with HOW

Strong, charismatic leadership that starts with WHY is critical. But most WHYs need a practical HOW to help translate their vision and passion to the rest of the organization. According to Simon Sinek, Apple’s Steve Jobs and Steve Wozniak were the ideal balance of why and how.

WHYs are big-idea optimists who believe all of their ideas are possible. HOWs live in reality and are better at building the processes that bring those bold ideas to life.

WHY types and HOW types are capable people who can run businesses without the other. But in order to build a world-changing movement or organization, both need to exist. Without a strong HOW, inspirational WHY leaders have big ideas but struggle to execute them.

Here are some famous examples of WHY and HOW partnerships that have changed the world:

Simon Sinek believes Apple’s commitment to always starting with WHY has led to its enormous success. Use his four lessons to start with why in your own business.

Simon Sinek on Apple: 4 Business Lessons from the Tech Titan

Ruinous Empathy: When Caring is Ineffective 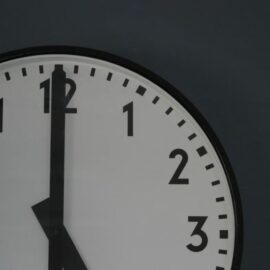