What was the partnership between Steve Wozniak and Steve Jobs like? How did they meet in the first place?

Steve Wozniak is best known as one of the co-founders of Apple alongside Steve Jobs. The book Steve Jobs by Walter Isaacson details how the two first met and their partnership that led to the creation of Apple.

Keep reading to learn about Wozniak and Jobs’s business relationship.

In 1971, Steve Jobs met Steve Wozniak, who was five years older but still a child at heart. Steve Jobs and Steve Wozniak bonded over electronics, as well as their love of pulling pranks. After reading about a way to hack the telephone network, Wozniak designed a circuit that he and Jobs used to make long-distance prank calls. Jobs hit on the idea of selling copies of the circuit to students at Stanford. Isaacson points out that this business model would later become the model for Apple, with Wozniak designing the system and Jobs responsible for packaging and marketing.

After graduating from high school in 1972, Jobs enrolled in Portland, Oregon’s Reed College. (Shortform note: Reed College’s ties to the counterculture movement stretch all the way back to the 1950s when it was a launching point for poets of the Beat Movement such as Gary Snyder, Philip Whalen, and Allen Ginsberg. Reed College also had a reputation for lax policies regarding drug use on campus.)

While diving head-first into the early ’70s counterculture, Jobs developed an interest in Zen Buddhism, with its stark, minimalist values that he would keep over the years. He would also develop a fixation on extremely limited vegan diets and extended periods of fasting. (Shortform note: Single-food diets, while promoting short-term weight loss, have been shown to cause nutritional deficiencies and encourage unhealthy eating. The single-food diets Steve Jobs preferred were fruitarian, a subset of veganism restricted to fruits, nuts, and seeds.)

Jobs enjoyed his time at Reed, but he detested taking required classes. He eventually dropped out but persuaded the school to let him audit classes he was interested in for free. After leaving school for good, Jobs traveled to India, where he hoped to continue his spiritual pursuits, diving into self-deprivation and asceticism.

Wozniak, like Jobs, was a California native and electronics prodigy who initially dropped out of college, though he did eventually earn a degree from UC Berkeley. Wozniak designed the circuit board that would become the core of the first Apple computer. He went on to design the Apple II computer, over which he and Jobs clashed. Wozniak wanted its design to be open, with multiple expansion slots for hobbyists and tinkerers. Jobs favored a more closed design, but Wozniak’s wishes won out.

After a plane crash in 1981, Wozniak suffered a temporary coma and anterograde amnesia. He returned to Apple for a short while in the ’80s but left to pursue his own design projects, such as inventing the first universal remote and the technology underlying GPS systems.

After coming home from India, Jobs reunited with Wozniak at a time when a larger network of computer hobbyists was forming. This wider community gave their partnership a springboard from which they would make a lasting mark on the world. Jobs and Wozniak went from nobodies to industry-shaking pioneers so quickly that it’s almost hard to imagine.

At a meeting of the Homebrew Computer Club, Wozniak watched a demonstration of the new Altair 8800 computer, the first home computing system to include a microprocessor chip. Seeing the Altair gave Wozniak the idea of putting a microprocessor into a terminal he was currently designing. It worked, and Wozniak became the first person ever to type on a home computer keyboard and see text appear on a screen.

Wozniak wanted to share his idea with the other Homebrew members, but Jobs convinced him that they could sell pre-printed circuit boards instead of giving the design away for free. The two scraped together their savings to fund their new partnership, which Jobs dubbed “Apple Computers” after an apple orchard commune he’d worked at in college.

Steve Wozniak and Steve Jobs introduced the Apple I at the Homebrew Computer Club, where it caught the attention of a local computer dealer. Jobs’s parents’ garage became their first factory, where friends and family became the assembly line to manufacture the Apple I circuits.

Already thinking ahead, Jobs decided their next model should be a fully integrated system that required no assembly by the user. He intended to take the personal computer from a hobbyist’s toy to a product for the general public. He and Wozniak went into business with Mike Markkula, formerly at Intel, to fund Apple’s expansion and production costs. (Shortform note: Mike Markkula, Apple’s unsung third founder, was often thought of as “the adult in the room” to mediate between Jobs and Wozniak, though he was also a programmer and engineer.)

The Apple II debuted in 1977, kicking off the personal computer industry. (Shortform note: While Apple may have launched the personal computer into the public eye, it was not the only company in the market. Tandy’s TRS-80 was released a month after the Apple II, with the Commodore PET following in December. All three ran versions of the programming language BASIC, and are collectively known as the 1977 Trinity.) 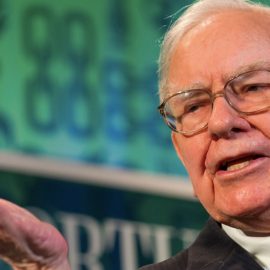 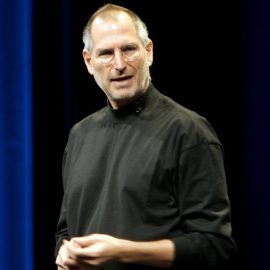 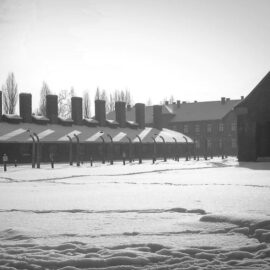 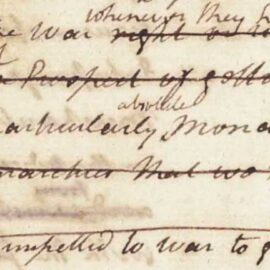 Was Henry Grammer a Killer? (Killers of the Flower Moon)