Read more about the Reston monkey house and the Ebola outbreak there.

Ebola Appears in the U.S. at the Reston Monkey House

Geisbert and Jahrling thought of how they’d sniffed the flask with the cell cultures, and they worried about their exposure. It had been 10 days, and neither had developed any symptoms—but they were in the middle of the incubation period, so they weren’t in the clear yet. They decided to take the wait-and-see approach, meanwhile testing their blood to check for signs of infection.

The Threat of Ebola Intensifies

The next morning, Dalgard spoke to Peters and agreed to let Johnson, Jaax, and Peters inspect the tissues of the monkey carcasses—but Dalgard was still hesitant to let them into the monkey house.

Then Dalgard called Volt, the monkey colony manager, to tell him about the Army’s findings. Volt told Dalgard that one of the animal caretakers in the Reston monkey house—who is identified as Jarvis Purdy—had suffered a heart attack. Purdy was at the hospital, and he might be dying. Suddenly, the threat became real to Dalgard: Purdy could be infected with Ebola, and the virus could infect and kill others, as well.

Dalgard instructed Volt to suspend all activity in the monkey rooms besides feeding, cleaning, and observation—and those tasks had to be done in full biohazard gear.

Within a few days, the media had caught wind of the viral outbreak at Reston. On the morning of the Army’s first sterilization operation at Reston, the front-page story in The Washington Post was about the discovery of Ebola in the monkey house.

Peters had given the reporter a quote for the story, speaking carefully to avoid raising panic and to assure the public that everything was under control. The Army had to act as cautiously and inconspicuously as possible during its mission to avoid making a scene at the Reston facility.

As Jerry Jaax and his team prepared to enter the monkey house that morning, no one wore uniforms, and they wouldn’t change into their biohazard space suits until they were in a designated staging area inside the building. To onlookers, it appeared to be a benign operation—rather than the serious biohazard mission it was.

Even Dalgard was surprised by the Army’s space suits—he’d been handling infected monkey corpses for weeks with much less protection, and he felt fine. Wearing only a respirator, Dalgard led several Army officials into the monkey room, and he picked out the four sickest-looking monkeys to be studied.

The monkeys were euthanized and then Nancy Jaax took them back to USAMRIID for dissection. This time, she found clear signs of Ebola, including:

As the day went on, Jerry Jaax and his team euthanized the remaining 65 monkeys in the room, collecting samples of each monkey’s blood, liver, and spleen.

Three days after the monkey room sterilization, a second worker at the Reston monkey house got sick. The monkey caretaker, identified as Milton Frantig, vomited, had a fever of 101 degrees, and became weak.

With two of the facility’s four employees sick, Dalgard grew more worried about the seriousness of the situation. He immediately drove to his company’s headquarters to make the case for evacuating and shutting down the Reston facility, and then turning the building over to officials at USAMRIID. The general manager agreed.

Dalgard told Peters and Russell that Hazleton would let the Army take over the monkey house for full sterilization. They drew up an agreement, and the Reston facility was officially under the Army’s charge.

While Jerry Jaax’s team worked through the monkey house, an Army scientist managed to create a rapid test to detect Ebola virus in blood and tissue, called a rapid Elisa test. But when he tested samples from Frantig—the monkey caretaker who vomited and had the high fever—they came up clean.

Frantig was recovering in the hospital and feeling much better. It seemed now that he simply had the flu, so the CDC allowed him to return home.

When Frantig and Purdy—the monkey house worker who’d had a heart attack—each got sick without having had any cuts or blood exposure, it terrified the Army and CDC because it indicated that the virus had gone airborne. However, now both Frantig and Purdy appeared to be fine.

Meanwhile, Jahrling continued testing his and Geisbert’s blood for the virus, and they still tested negative for Ebola. It had been nearly three weeks since they’d sniffed the vial with the virus, and neither had shown any symptoms.

Either Jahrling, Geisbert, and the Reston monkey house workers had dodged infection, or they were dealing with a new filovirus. 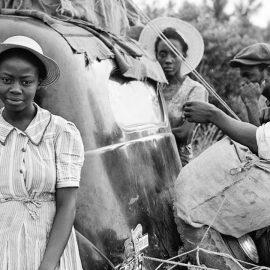 A History of Black Americans: From Reconstruction to FDR 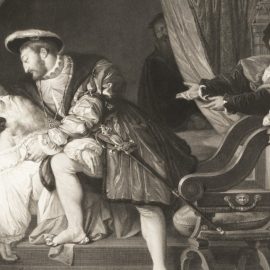 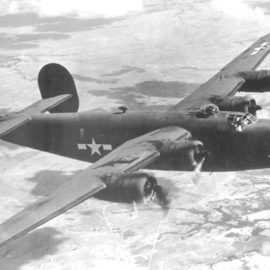