What is radical truth? How does it work, and why do you need it?

Radical truth is a concept that means you don’t put a filter on your thoughts and opinions in the workplace. Radical truth means that everyone should be honest to make sure the company doesn’t suffer.

Radical truth means not putting a filter on your thoughts. You reveal your thoughts and questions relentlessly. You surface issues immediately instead of hiding them.

When the entire organization does this, it creates opportunities to have thoughtful disagreement and see things through each other’s eyes. It surfaces disagreements when they first appear, rather than letting them fester under the surface.

In contrast, at many workplaces, people tend to hide their real thoughts, and they bury problems and disagreements. This aggravates misunderstandings or disagreements, and it leads to larger conflicts and distance between team members.

At Bridgewater, everyone has not only the privilege but also the obligation to speak up publicly. For example, an employee sent Ray an email that read, “you deserve a D- for your performance in the meeting…it was obvious that you did not prepare at all.” In how many companies is it encouraged to send the founder/CEO an email like this?

People at Bridgewater are obligated to say what they say to people’s faces, instead of talking behind their backs. Gossip shows a lack of integrity and is considered the worst thing possible at Bridgewater. People who do this are called “slimy weasels.”

As discussed in the decision-making chapter, some good things in life cause short-term pain but long-term gains. This applies to radical truth.

Often the cost to radical truth is open criticism and the discomfort that follows. But this should be seen as a sign of tough love. It’s a sign of caring and respect to tell people what they need to improve.

Dalio expects that when he does something dumb, other people should tell him so immediately and to his face. To do otherwise would be unproductive and unethical.

In essence, radical truth is an organizational reflection of the idea, “Pain + Reflection = Progress.” People who can internalize this on an individual level can operate similarly on the organizational level.

If you’re clear about why you’re being radically truthful, there won’t be any misunderstandings about your intent. People will understand why you’re being tough on them—because your purpose is to arrive at the truth, not to prove that any one person is right or wrong.

Radical truth creates a powerful freedom of thought. When you align what you feel and what you say, life gets simpler. You can focus on the most important things, and you’ll be happier.

In many organizations, hiding mistakes is standard, and people feel they’ll be punished for mistakes. This has the counterproductive effect of hiding the organization’s weak points and lowers performance.

In reality, mistakes are key opportunities for learning. They inevitably cause pain, but that pain is the signal to reflect and diagnose the mistake. You should create a culture that has this mindset as a core value. Ideally, everyone embodies the Life Principles described in the previous part of this summary.

In the organization, it should be OK to make mistakes, admit them, and learn from them. It should never be OK to hide mistakes or to avoid learning from them.

People will continue to lie, and there will be dishonest people no matter what you try to do. Don’t be naive about this. When they’re caught, they’ll say they’ll never do it again, but they most likely will.

Yet Dalio doesn’t see it as an absolute rule, since firing everyone who has ever lied would mean he’d have no one to work with.

Instead, treat each case of dishonesty independently, and decide it based on the severity of the transgression and the prior history. Get rid of habitual liars.

Then deter future bad behavior with “public hangings” where violators are made examples of.

Radical truth and transparency are so different from how most places operate that most people need an adjustment period. Bridgewater finds that new employees can take 18 months to adjust fully, and many people never adjust at all and leave.

Radical truth and transparency also need to be managed to avoid excesses. With access to all this information, people can get involved in more things than they should. Likewise, people who can’t weigh information responsibly may draw the wrong conclusions from all the data they see. 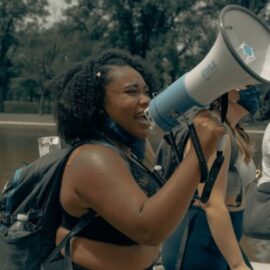 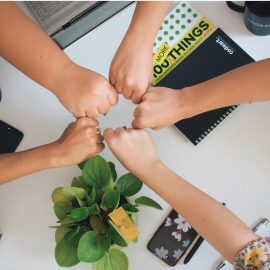