Why are Black Americans more prone to disease? What is the main factor behind the racial disparities in the healthcare industry?

Black Americans are more prone to illness due to segregated living conditions, and they receive poor treatment in hospitals due to misinformation and racist beliefs that exist in the healthcare industry. This state of affairs is largely a remnant of the slavery and Jim Crow eras.

Why Are Black Americans More Prone to Disease?

The authors of The 1619 Project explain that Black Americans are more prone to illness than white Americans because of segregated neighborhoods and poor living conditions that remain from Jim Crow and the early 20th century.

Segregation remains today because of intentional government policies developed during and after Jim Crow. Whites didn’t want to have Black neighbors, so elected officials, city planners, and mortgage bankers decided to force Black Americans into ghettos. Elected officials made sure that these segregated neighborhoods were the only places Blacks could afford and denied them mortgages elsewhere.

(Shortform note: While “ghetto” has come to be a derogatory term used to describe undesirable neighborhoods, this isn’t the original definition. The original definition, and the one referred to in The 1619 Project, is a specific neighborhood that’s inhabited by members of a minority group, usually for social, economic, or legal reasons. These neighborhoods are often isolated or segregated from the living quarters of the majority. The term “ghetto” was originally the name for Jewish quarters in cities throughout Europe.)

Further, planners targeted Black neighborhoods for highway construction, which caused overcrowding, pollution, and health issues for residents. Homes and buildings were destroyed to make room for highway construction—so while the populations in Black neighborhoods increased, the living spaces decreased. The combination of overcrowding, a lack of clean outdoor places (like parks), and poor air quality from passing traffic greatly increased residents’ risk of diseases, especially respiratory illness. So even today, Black Americans are at a higher risk of respiratory illness and are more likely to live in crowded, polluted neighborhoods.

(Shortform note: In The Color of Law, Richard Rothstein adds that another component that caused overcrowded and polluted Black neighborhoods was industrial zoning laws. These laws specifically zoned areas in or near Black neighborhoods for industrial plants and factories. Not only are chemicals from these plants believed to cause major health issues, but Rothstein explains that the plants also lowered property values in surrounding areas. This both decreased the wealth of current residents and attracted more low-income Black residents to move in, which increased segregation.)

Segregation also puts Blacks at higher risk for diseases like diabetes. The authors say that this is because healthy food is harder to find in Black neighborhoods while mini markets selling junk food are abundant. Stores that carry healthy food tend to be in white neighborhoods which can be inaccessible to Black people who don’t have personal transportation.

(Shortform note: A 2013 study supports this claim, explaining that the more impoverished a neighborhood was, the fewer supermarkets and fresh, nutritious, and low-fat meal and snack options were available. And these findings hold true for all predominantly Black areas, regardless of economic status, compared to predominantly white or Hispanic areas.)

Mistreatment of Black Americans in the Healthcare Industry

In addition to racist systems making Black Americans more prone to illness, the authors claim that the American healthcare industry fails to provide adequate care and treatment to Blacks due to slavery-era beliefs—particularly that Black bodies are biologically and physiologically different than white bodies.

The authors explain that academic articles claimed that Black people have thicker skin, a higher pain tolerance, and different emotional and intellectual capabilities. In 2016, a study on medical students found that half of white participants believed at least one of these claims—the most common belief was that Black people felt less pain. The authors say that this belief would make the students less likely to prescribe appropriate treatment to Black patients.

Statistics show that these racist beliefs impact the treatment of Black people in the field, perpetuating the racial disparities in the healthcare industry further. For example, Black Americans are 2.8 times more likely to die of Covid-19 than white Americans and are less likely to be treated for pain. The authors link these statistics to medical practitioners’ racist beliefs that can cause them to underestimate Black illness and not provide necessary treatments. 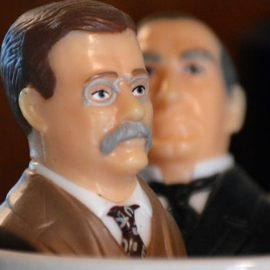 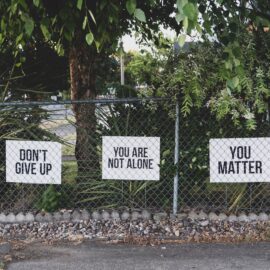 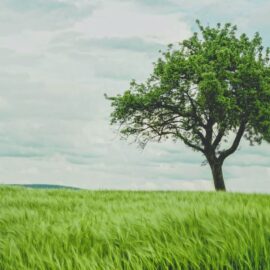