What do we know of the psychology of conflict? What do you think causes interpersonal conflict at a high level?

According to the Arbinger Institute—a leading consultant in conflict resolution, mindset change, and leadership training since 1979—conflict arises when the parties’ biases prevent them from seeing a situation clearly. Specifically, being biased blinds one to the fact that they are part of the problem.

In this article, we’ll first take a look at four biases that Arbinger says prevent us from seeing the true causes of conflicts, and then discuss two conflict resolution mindsets.

First, we’ll take a look at the psychology of conflict in terms of the four biases that prevent us from seeing others as people, and how they affect our emotional experience of being in the world. It’s important to note that the four biases aren’t justifications themselves—they’re the result of constant justification; the twisted perspectives we end up holding when we self-betray often. According to the Institute, to change our approach to conflict, we need to understand how each bias traps us and learn how to escape that.

According to Arbinger, holding a bias prevents you from recognizing that you may be part of the problem. You’ve chosen to see a fake problem instead of the real one, and now you can’t resolve the conflict because you’re blind to its cause. As a result of these biases, we continue mistreating others in ways we’ve justified mistreating them before. (Shortform note: Each of these biases helps you avoid doing work to solve a conflict—whether that work involves communicating, self-examining, standing up for yourself, or helping others. They justify taking an easier way out that doesn’t involve confronting the fact that you’re doing something wrong: In sum, they’re avoidance strategies.)

Your Mindset Fuels Your Conflicts

The Arbinger Institute suggests that in improving our approach to conflict, the first and most important step is always to change our mindset. Everything about the way our conflicts happen, Arbinger says, rises from our mindset, so it’s important to understand what the authors mean by this term.

Arbinger describes a mindset as running deeper than just the way you think; it’s the way you see yourself, others, and the world—and the conclusions you come to and the behaviors you choose as a result. The authors note especially that the undercurrent of our thoughts, words, and actions has a strong impact on how we come across to others.

You can’t just fake a positive mindset, either; it’s important to actually mean what you say and do. As Arbinger notes, when others can see that your words and actions don’t match the way you think and feel, it doesn’t matter how good your strategy is or how right you are. Until you address the way you’re failing in your mindset toward others, your efforts will fall flat.

(Shortform note: It’s critically important to be genuine due to the harm disingenuous behavior can do. In the long run, disingenuous behavior damages trust in relationships. Most people have a sense for when another person is being insincere, and it leads to feelings of being manipulated, lied to, and used.)

The authors describe two primary mindsets. One perpetuates conflict and one eases it:

(Shortform note: If you often feel angry, resentful, and self-righteous, consider what those feelings are doing for you, and why you cling to them. It can feel good to be angry. When others wrong us unjustly, it’s easy to indulge in feelings of self-righteousness, of, “how dare they,” and, “I’m so much better than that!” Those emotions provide an escape, a rationale, and a justification for avoiding the hard work of empathizing, communicating, and challenging yourself to improve. If you decide that the conflict is someone else’s fault and you’re not the one who needs to apologize, the conflict can continue forever and you’ll never feel obligated to participate in resolving it.)

(Shortform note: Responding to others with empathy provides two powerful benefits: For ourselves, being able to see that the cruelty, anger, and aggression others show us comes from a place of misdirected pain humanizes them in our eyes. It shows us that we don’t have to survive a world filled with evil monsters—just people, like us, who don’t manage to be as perfect as we’d all like to be. The other great benefit of showing empathetic compassion is that when you allow a person to be heard—really heard, without judgment or criticism—they find themselves willing to hear others, as well. All it takes to begin resolving a conflict is for one of us to listen openly. Arbinger asks us to be the one who listens first.)

Arbinger points out that the cooperative mindset is a much more useful mindset in approaching conflict of all kinds and is thus the mindset that you should shift to. Taking into account the needs of others lets you treat them better and find resolutions that are more satisfying to all parties—for example: 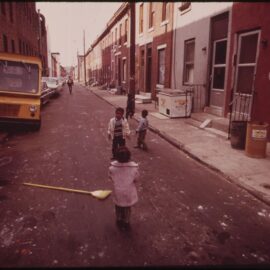 Roots of Residential Segregation in the United States 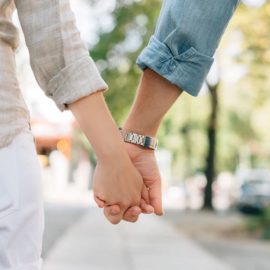