What is psychological capital? What does it have to do with the GTD system?

Psychological capital (PsyCap) is a framework for measuring workers’ effectiveness and psychological well-being.

According to the psychological capital theory, there are four components of PsyCap, and the GTD system promotes each of them:

1) Self-efficacy (as we mentioned above) is the confidence that you can tackle and succeed at a task.

The GTD practice of capturing and clarifying all your open loops creates a complete picture of your commitments and next actions. Seeing all this in front of you gives you confidence that you know what you need to do and how to do it

2) Optimism is your positive feeling about your ability to succeed now and in the future.

The GTD system helps you track your progress on projects and actions, and every step forward you make gives you a psychological “win” that boosts your motivation and confidence in your future success.

3) Hope is your ability to work toward your goals, even when it means redirecting your paths to get there.

The GTD program emphasizes front-end decision-making by forcing you to identify projects and clarify next actions. This practice involves setting goals (identifying projects) and determining the paths to achieving them (clarifying next actions).

4) Resilience is your ability to bounce back and persevere after encountering problems.

The GTD system aims to give you a sense of stress-free control over your life, and when you feel like you have a handle on everything in front of you you’ll be able to face challenges with more calm and clarity. This builds positive psychological capital.

Defining a next action goes hand-in-hand with identifying and envisioning the outcome you want to achieve: If you don’t know where you’re going, you can’t decide how to get there. The Getting Things Done program helps you determine both the outcomes you want via projects and how to achieve them via next actions.

Identifying projects and next actions brings clarity, accountability, productivity, and empowerment. You define the outcome you want, determine who’s involved in making it happen, create momentum that contributes to achieving this outcome, and take on ownership of making this dream a reality. Psychological capital theory says this can help you feel in control.

Your Mind Turns Undecided Next Actions Into Daunting Tasks

When you have the opportunity to tackle things on your to-do list, one of the biggest roadblocks to productivity is not having next actions already defined. These roadblocks can make it hard to gain positive psychological capital.

Why do so many smart, successful people delay working on projects until they’re pushing the deadline? Intelligent, creative, and sensitive people tend to procrastinate the most because when they look at a task like “do taxes,” their imaginative minds conjure worst-case-scenario images.

If you’re not in the habit of defining next actions, your whole to-do list becomes overwhelming. When that happens, it’s tempting to avoid it entirely.

Instead, clarifying next actions turns seemingly daunting tasks into bite-sized actions you can easily complete and feel the thrill of success. Taking it a step further and categorizing next actions into context-specific lists removes yet another barrier to tackling your to-do list and feeling on top of the world.

Clarifying a next action usually only takes about 10 seconds, but on a Thursday afternoon when you have 15 minutes before your next meeting, you might not feel like you have the brainpower to figure out the next action for an item that says “get new tires.” On the other hand, seeing “search the web for a tire store” feels much more doable.

The Benefits of Asking, “What’s Next?”

Too often, people come away from meetings or discussions knowing only that something generally needs to happen, but they have no clarity on the next action or who’s responsible for it.

Always decide the next action—and force that decision in group settings—to boost productivity by committing to progress from the start instead of waiting until you’re up against a deadline.

Besides increasing your chances of making progress on a task, there are several benefits to simply asking the question, “What happens next, and who’s responsible?” This helps provide solid psychological capital, and makes you feel empowered.

First, the question brings clarity. When you decide the next action, you also have to decide whether it’s worth your time, energy, and resources. You must decide if you’re serious about making this happen, and if you know what you’re getting into.

Second, the question brings accountability. You know the next action; now who’s going to do it? Many companies’ collaborative cultures make it easy to avoid assigning responsibility or blame, but someone needs to be tasked with the action in order for it to get done.

Third, the question brings productivity. It’s harder to avoid doing a specifically defined action than a vague project. Plus, you’re going to get more done if you have a plan of attack for everything from the get-go, instead of consistently scrambling to finish projects before their deadlines. Think about how this works with psychological capital theory. Is it positive?

Finally, the question brings empowerment. Asking what you need to do next gives you ownership and assumes that you have the power to make progress on a project. Furthermore, when you complete that action on your own time and of your own accord—instead of being forced under fire—you feel more in control and get a greater feeling of success from the accomplishment.

The Key to Improved Psychological Capital: The GTD System 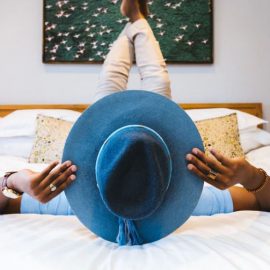 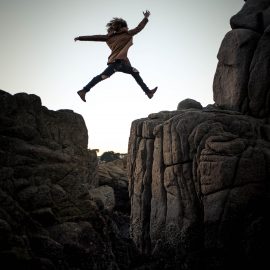 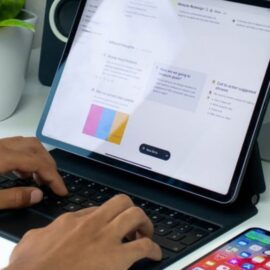