Do you know how to build willpower? What drains it?

Willpower is critical to success. But you likely will fail if you don’t understand how it works and how to manage it. Once you know how to build willpower and use it effectively, you set yourself up for success.

Read more to learn how to build willpower and use it well.

We’ve all heard the adage, “Where there’s a will, there’s a way,” and taken it to mean that with enough determination you’ll accomplish your goals. Just summon up your willpower and you can do anything.

But you set yourself up for failure if you don’t understand how willpower works and manage it properly. When you’re struggling to accomplish something and can’t seem to muster the willpower, you may feel you lack character or fortitude, so you try harder. But the problem isn’t your determination. The truth is that willpower isn’t always there when you need it. It’s not on call.

To succeed, you must learn how to build willpower and use it effectively, because willpower is critical to success.

In the sixties and seventies, researchers at Stanford University did a famous study of willpower with 500 toddlers called the Marshmallow Test. Kids were offered their choice of one of three treats (one was a marshmallow) but told if they waited fifteen minutes, they’d get a second treat. Only three in ten succeeded in waiting the full fifteen minutes.

Decades later, researchers tracked down the original subjects and found that ”high delayers” had more successful lives—for instance, higher test scores and academic achievements, better stress management, and a greater sense of self-worth. In contrast, “low delayers” were more likely to be overweight and had higher rates of drug addiction and other problems. Learning how to build willpower and use it effectively is critical to achieving success.

Willpower is like the battery power of your phone—the more you use it, the more it wanes until it’s gone.

That’s why you’re more likely to break your diet and eat junk food when you get home after a tough day—you’ve used up your willpower on other things. You make difficult challenges harder when you don’t reserve enough willpower to help you with them.

Activities that drain willpower include:

When you do things without thinking that diminish your willpower, it’s like making a hole in your car’s gas line: your willpower leaks away, leaving none for your most important work.

To put your willpower to work effectively, pay attention to it and manage it. To get the most out of your day, do your One Thing early before your willpower is drawn down. Build your activities around it, so you can count on it when you need it.

How to Build Willpower by Feeding Your Brain

One way to recharge your willpower is to feed it. Your brain consumes one-fifth of the calories your body burns. When your brain isn’t getting enough food energy, you lose willpower.

What happens is that when nutrients run low, your body prioritizes which parts of the brain get the available calories. The parts of the brain that regulate breathing and nervous responses get first dibs. There may be nothing left for the prefrontal cortex, which is responsible for things like focus, short-term memory, solving problems, and controlling impulses (willpower).

Also, exercising willpower leads to a drop in blood glucose, which diminishes mental performance. Researchers gave two groups a task requiring willpower, then followed up with another willpower task. Between the two tasks, one group got a glass of sugar-laden Kool-Aid, while the other got a placebo drink. The first group made half as many errors on the next task.

Researchers concluded that willpower is a mental muscle that needs time to recover from use. If you use it for one task, less capacity will be available for the next unless you refuel. You need to feed your brain. This is the key for how to build willpower. The most effective fuels are complex carbohydrates and proteins, which keep blood sugar steady over long periods, although simple carbs work for quick energy boosts.

When Willpower Is Low

When your willpower is low you tend to make decisions by default. An Israeli study on the performance of judges making parole decisions showed how this works.

Researchers analyzed parole board hearings by eight judges. Each heard up to thirty-four cases a day with only about six minutes to make a decision in each case. They got two breaks: a morning snack and a late lunch.

Researchers found that in the mornings and after each break, petitioners’ chances of getting parole were as high as 65%. However, at the end of each period, the chances dropped to almost zero as the judges’ energy waned and they reverted to their default choice, which was to deny parole.

When our willpower runs out, we also revert to our default settings—for instance, grabbing chips instead of a healthy snack or succumbing to distractions. Making decisions by default leads to average achievement at best.

You must learn how to build willpower because you need it at full strength to do the right thing and resist distraction. Then, for the rest of the day, you need enough willpower to support what you’ve accomplished and not undermine it. 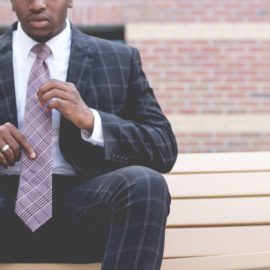 How To Gain Self-Confidence: Can The Game Help?