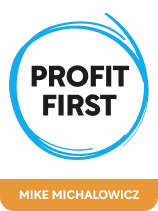 This article is an excerpt from the Shortform book guide to "Profit First" by Mike Michalowicz. Shortform has the world's best summaries and analyses of books you should be reading.

What is the Profit First method? Why does entrepreneur Mike Michalowicz believe the traditional accounting method doesn’t work?

In his book Profit First, Michalowicz asserts that traditional business accounting methods don’t align with the way people think. That’s why he put together a new method that will help business owners reach long-term success.

Keep reading to learn about the four main tenets of the Profit First method as well as how they work in harmony with the natural ways people think and make decisions.

(Shortform note: Research supports Michalowicz’s claim that traditional accounting methods don’t work well with the way people think. A study revealed that even professional accountants allow some of their personal, unconscious biases to get in the way of their logical, rational accounting work—often interpreting financial information in a way favorable to their clients, even if by doing so, they fail to recognize errors or fraud. Since even professionals have trouble remaining fully logical while doing business accounting, it’s not hard to imagine the difficulties Michalowicz suggests entrepreneurs have with managing their finances rationally.)

A preferable accounting system would allow an entrepreneur to use the existing ways they think and make decisions instead of depending purely on logic and reason. Michalowicz decided to develop a system that does this, and he ended up with the Profit First method. While traditional methods use the income minus expenses equals profit equation, the Profit First method uses a different equation of income minus profit equals expenses.

(Shortform note: Michalowicz suggests that the Profit First method can act as a replacement for the GAAP, but this isn’t quite correct. Many businesses in the US are legally required to comply with the GAAP, and many financial experts recommend businesses that aren’t legally required to still apply these principles. However, the GAAP don’t conflict with the Profit First method, as they provide requirements for clear, ethical, and consistent accounting, but they don’t require a specific method of accounting—in other words, the Profit First system can be understood as a system to reframe the way you comply with the GAAP.)

Michalowicz’s system limits resources available for expenses by only allocating a percentage of income to a checking account specifically for expenses (we’ll explore this in more detail in the next chapter). This way, you’ll make decisions about expenses based on the amount of money you actually have available for them, rather than on how much income you have as a whole. You’ll force yourself to find a way to make do with this smaller amount.

(Shortform note: You might be confused by what this “percentage allocation” would look like, or what it means for your accounting. If so, it might help to reframe this process as making a budget. While Michalowicz doesn’t call it that, his suggestion to earmark a portion of your income for certain expenses is a key part of making a budget for your business.)

The next tenet Michalowicz outlines is to allocate your income in order of importance. His system allocates profit before anything else, and he argues that this emphasizes the importance of profit. This is because of what behavioral psychology calls the primacy effect: When we interpret multiple pieces of information, our natural tendency is to better remember and place more importance on the first information given to us.

When using the Profit First method, Michalowicz says you should set aside a percentage of your income as profit before anything else, and calculate money for expenses last in your accounting. Allocating your profit first helps you focus on staying profitable, and placing less importance on expenses means you’ll better recognize which expenses aren’t actually important to your business.

(Shortform note: Michalowicz suggests that if you calculate profit in your accounting first, then you’ll place the most focus and importance on it. However, behavioral psychology defines several other factors which might lead you to place focus elsewhere. Besides the primacy effect Michalowicz cites, there’s also the recency effect, which says that we’ll better remember and focus more on information given to us most recently. Also, there’s evidence that an item in a list emphasized more than others might also be better remembered, no matter where it is in the list.)

In his third tenet, Michalowicz says that the easier something is to access, the more difficult it is to keep yourself from it—therefore, you can remove temptation by making it harder to access what tempts you.

Michalowicz advises that you remove the temptation to reinvest money into your business by creating savings accounts for profit and other essentials, and making those accounts inconvenient to access (we’ll explore how to do this in the next chapter).

(Shortform note: Michalowicz’s suggestion of changing your circumstances to avoid temptation may raise questions, as most people tend to think about temptation as an internal struggle to maintain willpower. However, studies show that changes in external circumstances—such as making bank accounts inconvenient to access—can be an easier and more effective way to increase self-control. This study suggests that while temptations usually grow stronger over time, something as simple as increasing distance from whatever tempts you can prevent that temptation from starting at all.)

Finally, Michalowicz’s fourth tenet dictates that you should maintain good financial habits. Specifically, he says you should regularly divide your income between profit and expenses and pay your bills consistently, making it habitual. This is because when you keep habits, it’s easier to recognize when changes happen and you can react to them more calmly than you would if you were caught off-guard.

Michalowicz argues that a habit of consistently doing your business’s accounting improves your financial decision making: By dividing income consistently amongst your business’s bank accounts, you can recognize financial changes just by looking through your account balances. Then, you can react to any changes calmly and rationally because you’ll have seen them coming.

(Shortform note: You might be wondering what the “stability” created by good habits looks like, as well as how it helps you react calmly and rationally to change. According to authors Chip and Dan Heath in  The Power of Moments, habits create stability because they help you prepare your responses to change ahead of time. This preparation means that when change does occur, you’ll automatically respond rationally and won’t have to make decisions while emotional. Chip and Dan Heath recommend you practice your habits to the point where they become an automatic response. This way, you won’t panic when encountering change because you’ll automatically know what to do.)

Like what you just read? Read the rest of the world's best book summary and analysis of Mike Michalowicz's "Profit First" at Shortform .

Here's what you'll find in our full Profit First summary : 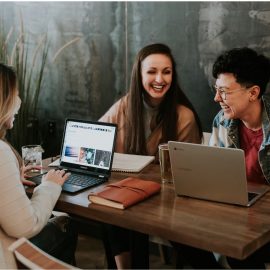 How to Create a Good Company Culture: Jodie Fox’s Advice 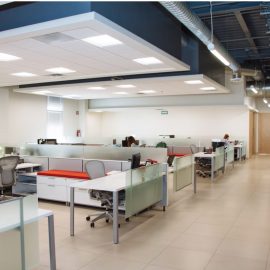