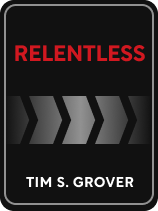 What is your primal self? How can it be used to become an unstoppable force of nature?

Simply put, your primal self is the person you are when you solely act on your instincts. Tapping into this part of yourself means you’ll be able to conquer life and pursue your goals without obstacles getting in your way.

Keep reading to learn more about why your primal self can help you find success, and how to unleash it, according to Tim Grover in his book Relentless.

What Is Your Primal Self?

Grover declares that in order to become unstoppable, you must access your primal self: the person you are when acting entirely through instinct. Learning to direct your instincts productively is the foundation for this step because it ensures you’ll still relentlessly pursue your goals while acting entirely on impulse. Once you can direct your instincts, accessing your primal self will help you succeed by blocking out all distraction. Blocking out distractions is essential for relentlessness by allowing you to focus and commit yourself entirely to achieving success.

(Shortform note: The primal self Grover speaks about is quite similar to what Sigmund Freud called the Id: the part of your mind dedicated to fulfilling impulses, needs, and desires. Both Grover and Freud recognize that you can harness this part of yourself to accomplish great things. However, they have contrasting beliefs about why you might harness this animal, instinctual part of yourself: Freud believes that impulsive sexual desires motivate all great achievements in society, while Grover claims that a desire for success in itself motivates achievements—in other words, the need to succeed.)

Below we’ll explain Grover’s recommendations for how to productively access your primal self.

Grover explains that to access your primal self, you must indulge your primal desires: things you impulsively want but keep secret because fears, inhibitions, or society tells you to—things like sex, alcohol, drugs, or gambling. Grover points out that many successful and powerful people practice primal indulgence—this is why so many of them often get caught up in scandals.

(Shortform note: While Grover suggests that impulsively indulging desires leads to success, some psychologists argue that it’s the other way around: Power and success make people become more impulsive and indulgent, often due to their more favorable attitudes toward greed. One study found that people in higher social classes were more likely to display unethical behaviors like breaking traffic rules or taking candy from children.)

Indulging in primal desires allows you to find “success” (that is, something to conquer or exert control over) even outside of your discipline, according to Grover. This way, you won’t get out of practice or lose your commitment to constantly seeking success even while relieving pressure or seeking pleasure.

However, Grover also emphasizes that you need to make sure that indulging your primal desires doesn’t take priority over succeeding in your field. If your desires take first priority, you’ll spend too much time and energy on indulgence and won’t be able to relentlessly pursue success in your field.

(Shortform note: While Grover suggests that indulging in your primal desires will help you succeed in other parts of your life, psychological research on impulsive behaviors provides a contrasting viewpoint. One study found that impulsivity correlated with lower levels of academic achievement in college students. This suggests that indulging your desires consistently doesn’t help you succeed and therefore doesn’t contribute to relentlessness.)

Because the primal self acts entirely on instinct, indulging primal desires allows you to practice instinctive action even outside of your field. This practice means you can more easily tap into your instincts later on in the area where you want to relentlessly pursue success.

(Shortform note: Though Grover advises indulging desires to encourage acting on instinct, this behavior resembles medical definitions of addiction. This resemblance would suggest that the more you participate in this cycle of indulgent behavior, the harder it is to control your impulsive desires—potentially to an extreme degree, where it interferes with both your ability to be relentless and your life as a whole.)

While you need to access your primal self to become unstoppable, Grover still concedes that you’ll sometimes need to exercise self-control and avoid acting entirely on instinct. You’ll have to put on a “filter”—a public persona that covers up your primal self in front of the rest of the world.

He suggests keeping this filter on in two cases: First, it helps in professional settings where dressing and acting in a respectable way will demonstrate the professional and dedicated manner with which you approach your work. Second, it’s vital to keep it on at home—the relaxed and safe environment of home and family does not mix well with the intense drive and instinctive impulses of your primal self.

However, Grover encourages you to remove your filter when you need to tap into your primal self to activate intense focus. To be truly relentless, you can’t care about your inhibitions, and so keeping a filter on would only hold you back and prevent relentlessness.

(Shortform note: Grover’s recommendation to conceal your primal self in different contexts might confuse you—it seems to clash with his earlier suggestion to ignore the judgments of others during your search for success. Following that argument, it isn’t clear why the Unstoppable would care about covering up who they are in front of the rest of the world. It might help to think of it this way—the filter isn’t meant to help you with relentlessness, it’s meant to help you maintain your existing personal, familial, and professional relationships while being relentless elsewhere in life.)

Primal Self: What It Is and How to Access It 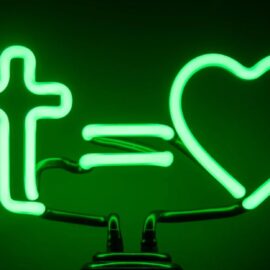 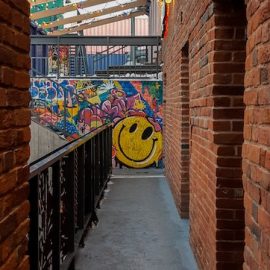 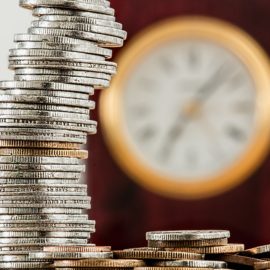