Is it true that humans are irrational? Why do humans behave irrationally and what can we do about it?

According to laws of nature, humans are irrational. We don’t always make the best decisions, and often self-sabotage.

Read more about why humans are irrational and what it means.

Humans Are Irrational and People Self-Sabotage

By nature, everyone is ruled by their emotions, not their minds, and we’re all a bit irrational. Everyone is constantly feeling emotions, and these emotions affect our thinking and push us towards thoughts that make us feel good. Yet almost no one knows or accepts the influence of emotion—almost all of us think we’re rational and make decisions based on logic and reason. However, humans are irrational.

As a result, whenever something bad happens, we blame outside forces, not ourselves. The explanation we come up with is nearly always vague, such as attributing the failure to other people or groups sabotaging us or bad luck. Most of the time, however, we’ve caused the failure ourselves with our inherent irrationality.

Rational people are aware of their inherent irrationality and try, as much as it’s possible, to dispense with emotions in their thinking. They admit that they’re inclined to be irrational, and they strive for a balance between logic and emotion and to understand the source of their emotions.

In contrast, irrational people are unaware of and deny their emotions, or they get even more emotional when someone points out that they’re letting their emotions influence them.

Rationality is a skill that needs to be learned, not a trait that everyone’s born with. In this law, we’ll first study different types of irrationality. They, we’ll use this knowledge to learn how to control our own nature.

Bias #2: Appearance. This bias makes us think that we can successfully assess people’s character based on their appearance. This bias has two snags: 1) when people have an audience, they act in a way they know the audience will like, and 2) when we see a positive or negative quality in someone, we assume this positivity or negativity is representative of them as a whole.

Bias #3: Group. This bias makes us think our ideas aren’t influenced by others, which, as we learned in Part #3, isn’t the case. We prefer to be with others who have the same ideas as we have, to the point where we’re so scared of being alone that we adopt new ideas in order to fit in. This is so behind-the-scenes in the brain that we think we came up with the ideas ourselves.

Bias #4: Blame. This bias makes us think that we learn from our experiences. In fact, whenever we fail or make a mistake, what we usually do is blame others, a temporary lapse in logic, or circumstances, rather than search for the real reason that will prevent the mistake again. It’s too painful to admit we cause problems because humans are irrational.

Bias #5: Superiority. This bias makes us think we’re better than the average person. This bias usually manifests in the fact that we’re much better at seeing the faults of others than our own. We assume that we’ve got everything together and earned it.

Bias #6: Confirmation. This bias makes us think that we come to decisions rationally, by studying available evidence. In fact, humans tend to search for evidence that supports what we already think, instead of looking at all available evidence and considering that we might make irrational decisions.

To avoid this bias, never trust anyone else’s assessment of evidence. Skeptically study the evidence yourself, and seek out evidence that disagrees with what you and others want.

High-grade irrationally is a flare-up of emotion caused by a trigger, usually something external such as encountering a person who aggravates us. When emotion flares, it clouds our vision, takes over our attention, and we see and interpret everything through that filter. This filter intensifies the emotion, which makes us more sensitive and susceptible to feeling other emotions and puts us in a tense, reactive state. These states propel us into action such as violence because we need to release the tension somehow.

There are several different types of triggers:

Trigger #1: Sudden failure. When something goes wrong unexpectedly, we react irrationally by feeling cursed or fearful that the situation will become permanent.

To avoid this, step back and channel optimism.

Trigger #2: Sudden success. When something goes right unexpectedly, our brains release chemicals that excite us and prompt us to find a way to make the event happen again.

To avoid this, step back and channel pessimism.

Trigger #3: Stress. When we’re put under pressure or in a dangerous situation, our brain’s ancient survival mechanism kicks in and overpowers our logic.

To avoid lashing out, be aware of your own emotional state. No one can be completely emotionless while stressed, but you can control what decisions you make, and whether or not you make irrational decisions.

Trigger #4: Reminders of early childhood, especially our parents. Our parents’ influence on us was strongest when we were youngest, and we can carry memories forward throughout our lives. The trigger is identifiable by behavior that seems out of character, uncontrollable, and/or childish.

The only way to avoid this trigger is to notice it.

Trigger #5: Interacting with inflamers. Inflamers are charismatic, mythic, and skilled at expressing their own emotions, which encourages others to mirror them. They make others obsessed with them and incapable of logical thought.

It’s easiest to notice the effects of inflamers on others because when you’re being affected yourself, you’re so emotional you likely won’t notice. Once you’ve identified a person as an inflamer, look for their human characteristics and flaws to remind yourself they’re not mythic.

Trigger #6: Being in a group. Use the strategies in Part #3 to avoid being triggered by group behavior.

Now that you know humans are irrational, you can start to see your traits and how they might alter your thinking.

Humans Are Irrational Because It’s In Our Nature 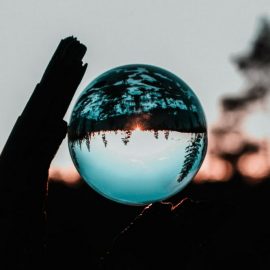 Perceiving Reality: We All Use a Distorted Lens 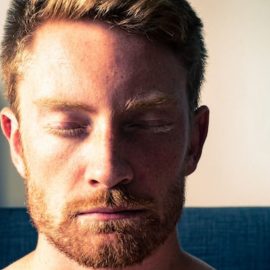 How to Empty Your Mind & Quiet Your Inner Dialogue 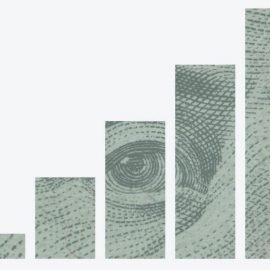