In When Helping Hurts, Steve Corbett and Brian Fikkert encourage long-term development to help poor communities. To achieve this, they suggest a few poverty interventions to set communities on a successful path toward growth.

Keep reading to learn more about these development strategies that are better than short-term missions.

Corbett and Fikkert argue that short-term missions, by themselves, aren’t particularly effective in encouraging long-term development, which is what poor people usually need. They argue that the most impactful—and least harmful—way for North American churches to alleviate poverty outside of their local communities is to support long-term development efforts by frontline organizations that are already at work.

They identify microfinance as a particularly effective poverty intervention for catalyzing long-term development and helping poor people in developing countries improve their lives and businesses. So we’ll discuss microfinance first and then consider some other ways to support development.

Microfinance (MF) consists of very small loans (anywhere from a few cents to a few hundred dollars) made to people who wouldn’t qualify for credit at traditional banks. As the authors explain, the MF movement originated in 1976, when an economics professor established Grameen Bank in Bangladesh to provide credit to poor people. His motivation for establishing the bank was to create an option for poor people to borrow money without having to turn to predatory lenders or meet the high loan amount requirements of larger financial institutions. Corbett and Fikkert say that as of 2014, the Grameen Bank has lent over $7.4 billion and has nearly 8 million borrowers. In addition, almost 100% of the loans have been paid back in full.

Because of Grameen Bank’s success, organizations have established many microfinance institutions (MFIs) to help poor communities across the world. This means that North American churches have many opportunities to team up with churches and ministries in impoverished communities to provide support on a global scale. Corbett and Fikkert mention a number of models for church involvement in MF, which we’ll discuss in turn.

Corbett and Fikkert explain that the provider model consists of a church in a developing country establishing and running an MFI on their own. They caution that this model is rarely successful. One reason for this is that sustaining an MFI requires a large amount of technical, managerial, and financial resources, which churches and other local ministries rarely have.

In addition, because churches are built on values like grace and empathy, they often struggle to enforce loan repayment—especially when the borrower is in a dire situation. For example, it’s hard to penalize a sick, elderly woman who’s struggling to repay a loan.

With the promotion model, Corbett and Fikkert continue, churches establish a Savings and Credit Association (SCA), where members save and lend each other money from their collected savings. In contrast to a traditional MFI, which primarily uses donor money to fund loans, SCAs function solely on the money of their members.

In an SCA, each member agrees to contribute a fixed sum every week. They also participate in a weekly meeting, where they collectively decide how much money to lend and to whom they should lend it. At the end of a fixed period (usually six to 12 months), members receive all of the money they’ve contributed, plus the interest that borrowers paid on their money when it was loaned out.

(Shortform note: In some SCAs, the members agree up front to loan out the association’s money to each member in turn for a specified period of time on a fixed rotation, rather than meeting weekly to decide how much to loan to whom. This is called a “rotating SCA” or ROSCA. Some sources describe ROSCAs as more equitable than traditional SCAs because they’re less susceptible to racial or other bias on the part of the members who decide who to lend money to in a traditional SCA.)

Corbett and Fikkert argue that this model has a variety of benefits. First, SCAs can fulfill a need that traditional MFIs can’t, because traditional MFIs are often unable to make loans smaller than $40 or $50 due to the administrative costs of making a loan. SCAs can also administer loans for any purpose (like funerals or medical bills), whereas most MFIs only make business loans.

Although churches can establish SCAs, SCAs are run by the members themselves. This not only takes the burden of lending and collecting money off the churches but also empowers the poor to manage their own money. And the founding church can more easily integrate biblical teachings into the SCA’s weekly meetings than it can into traditional MFIs.

However, Corbett and Fikkert also acknowledge that there are some disadvantages. In particular, poor people sometimes struggle to manage the SCA, including keeping records and enforcing loan repayment. It’s also harder for SCAs to mobilize larger sums of money because their money supply is limited to what the members themselves can contribute.

According to Corbett and Fikkert, the partnership model consists of a collaboration between MFIs and churches: The MFI is responsible for offering financial services, while the church supports the poor through services like counseling, training, emergency assistance, and evangelism. By working together, you can address poverty at both the individual and systemic levels.

The advantage of this type of partnership is that it eliminates the problems of the provider model. In particular, it removes responsibility from the churches to provide technical, managerial, and financial resources, because the existing MFI does that on its own. It also provides an opportunity for churches to integrate evangelism into the MFI, which is usually absent without their involvement.

However, Corbett and Fikkert acknowledge that although this is an effective model in theory, it’s not always easy to carry out in practice. This is because both MFIs and churches sometimes lack a holistic vision—churches sometimes have difficulty expanding their focus beyond people’s spiritual needs, and MFIs tend to function on the belief that money alone can alleviate poverty. If the church and the MFI have difficulty reconciling their perspectives, they may have difficulty working together.

In addition to microfinance, Corbett and Fikkert explain that “Business-as-Mission,” or BAM, is another method you can use to support the development of the poor, particularly if you have a background in business administration.

To practice BAM, you start up a business in an area where development is needed. This allows you to help the poor people in that area directly by offering them jobs. The business also serves as a means for you to engage the local community as you develop relationships with your employees, which often provides ample opportunities for evangelism.

The authors point out that the advantage of BAM over microfinance is that bringing in outside capital, technology, and expertise usually helps people increase their productivity and income by a greater degree.

But they also caution that BAM has its own risks and limitations. For one thing, BAM typically impacts fewer people because a given business can only hire a certain number of employees. There is also a risk of creating dependency, which is particularly problematic if the business isn’t likely to continue operations after you retire or move on to other ventures.

Furthermore, the authors warn that business management skills acquired in North America don’t necessarily translate into other cultural contexts. As we discussed in earlier chapters, missionaries operating without adequate knowledge and appreciation of the local culture are at risk of doing more harm than good, and missionaries using BAM are no exception.

3. Other Forms of Support

In addition to BAM and the various models of facilitating microfinance, Corbett and Fikkert suggest a few more poverty interventions you or your church can support development.

Instead of trying to minister to the poor in a given area directly, the authors recommend that you provide training to the indigenous missionaries or ministers who are already working with them. This can expose them to new tools and methods (such as microfinance and asset-based interventions) that may increase the effectiveness of their ministry.

Or, if the indigenous church is capable of organizing training for its ministers, you can just financially subsidize training. Don’t pay all the training expenses because they’ll value the training more if they have to invest their own funds in it, and they may even find the exercise of raising some funds on their own empowering. But donating enough money to make training missionaries readily feasible for the local church in an impoverished area is an effective way you can help.

Finally, another option is to donate funds to MFIs with the stipulation that they use these funds to integrate evangelism and discipleship into their financial development programs. 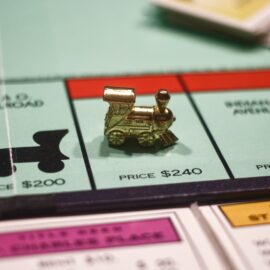 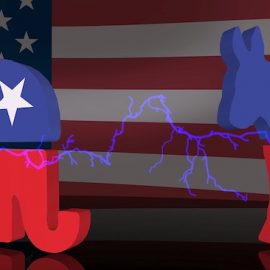 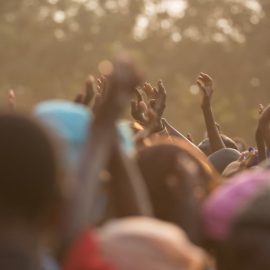