The psychology of the placebo effect relies on two mechanisms: faith and conditioning. If you have faith in something, then it’s more likely to work better. However, this raises ethical questions when it comes to marketing medications.

Continue on for more about the psychology of the placebo effect.

Psychology of the Placebo Effect

The placebo effect is one well-known way that our expectations can drastically alter the outcome of an experience. Placebo effect psychology operates on two mechanisms: faith and conditioning.

How Price Exacerbates the Placebo Effect

The placebo effect is more nuanced than the simple belief that you are receiving medicine—as it turns out, placebo effect psychology can be strengthened further by attaching higher prices to medications and procedures.

In an experiment, patients were asked to test the effectiveness of a new painkiller. The patients read a brochure about the painkiller and then rated their pain levels as they underwent a series of electric shocks. Then, they were given the “painkiller” (a vitamin C tablet) and once again asked to rate their pain levels in response to a series of electric shocks.

The higher the price of the medication, the more effective patients assumed it would be—making the placebo effect stronger.

This relationship between price and the strength of the placebo effect isn’t limited to experiences in healthcare—you can see it at work in a range of products. Many products are marketed with the promise that they’ll enhance your athletic performance, improve your concentration, or fight fatigue. As it turns out, these products often do what they say they will, simply because clients believe they will—and the higher the price of the product, the stronger this effect becomes.

In an experiment, students were offered drinks that suggested they would be “better performing.” One group of students bought the drink at its regular price, and another group bought it at a 30% discount. After a short athletic exercise, both groups were asked if the drink helped them feel less fatigued. Those who purchased the higher-priced drink reported a lower level of fatigue than those who purchased the discounted drink. As expected, the relationship between price and placebo effect altered their subjective experience with the drink.

However, in a second part of the experiment, students were asked to perform a short anagram-unscrambling exercise after consuming the performance-enhancing drink. The results revealed that those students who bought the drink at full price scored higher on the exercise than those who bought the discounted drink.

These results suggest that by attaching higher prices to their products, companies can not only alter how well we think they’re working, but how well they actually do work.

The influence of expectations on outcome raises a number of important questions about honesty in healthcare and marketing. Our practices are based largely on information about how people should act, but we should be more focused on learning how people do act.

Because placebos have been proven to deliver their intended result, should doctors knowingly prescribe them? This puts doctors in a difficult situation—they want to help their patients, but they can’t be expected to lie to their patients. But, if they were to tell their patients the treatment is a placebo, the positive effects would diminish or disappear.

Should we push the most expensive medicines and treatments, driving up healthcare costs but ensuring the most effective results? Or should we lower healthcare costs by pushing generic drugs, at the risk of treatments being less effective? It’s also important to consider that those in poorer communities must regularly resort to cheaper, and therefore less effective, medical care—how can this injustice be corrected?

Should false marketing claims be acceptable? This question becomes a bit more difficult to grapple with when you ask yourself if promises made in marketing campaigns are really lies if they help shape our expectations and influence our experience enough to make said promises true.

Thinking Against the Placebo Effect

It’s been found that those who take a moment to think rationally about the relationship between quality and price are less likely to feel that a cheaper product is less effective. There are several ways you can practice rational thinking as a consumer.

It’s a natural, unconscious reaction to think that low price is equivalent to low quality—putting in a moment of conscious thought goes a long way toward interrupting this irrational reaction. 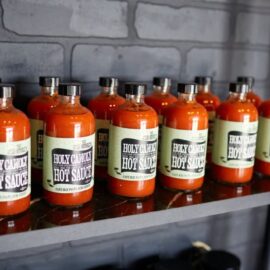 Boost Revenue With a Niche Market and a Purple Cow

It Didn’t Start With You: Book Overview & Takeaways