Faced with a devastating stage IV cancer diagnosis at age 35, Dr. Paul Kalanithi turned to his support systems and his writing as a way to cope. Dr. Kalanithi, a respected doctor with big plans for his future, discusses how he experienced the five stages of grief with cancer as he mourned the life he planned, and tries to envision a new one.

Getting Back to Work

The position at Stanford that seemed created just for me was gone. Someone else had been hired while I’d been in treatment. I was heartbroken, but that feeling was secondary to the concern that followed when I heard news about questions regarding my upcoming graduation. The professors no longer knew whether I was capable of fulfilling the full load of my responsibilities as chief. I realized they were right. I hadn’t been working as a fully fledged physician. I’d been a technical consultant, using my skills only in the OR.

I had to prove to my advisors and myself that I could be a complete physician again. I extended my daily hours significantly and reclaimed responsibility for all aspects of patient care. I didn’t think I was going to make it. I was pushing myself to the limit and physically suffering. But being back with patients helped ease the strain. I found meaning again in my duties as a physician by reconnecting with my patients. (Shortform Note: Paul went back to work, even though he wasn’t physically ready. Which one of the five stages of grief of cancer do you think this fits into? Denial? Bargaining?)

The thing about life-altering illness is that the goals or priorities of one day may be different the next. With time seemingly suspended in a finite place, what feels important may suddenly seem otherwise. Death will come, and when it does, it is a singular moment—an isolated moment. But until that day, forming the rest of your life is a journey.

I started to see my journey as traveling through the five stages of grief of cancer opposite of the theorized direction. What I’d wanted correlated with the different stages. I accepted the reality of death when diagnosed and prepared for it. Then, when it seemed like there was hope, I grew depressed from the plethora of options for how I should face the days in front of me. At some point, something resembling bargaining took place, as I questioned the necessity of needing to go through this illness. Then, that questioning became anger that I had to go through it at all.

My goals and priorities had shifted during each of those moments, but now what I wanted was to ignore what was happening and go back to my life before my diagnosis. I was in denial about the uncertainty of my future, but perhaps that was okay. Perhaps, when you don’t know how much time you have, pretending you have all the time in the world is the appropriate course of action.

In this new role, I no longer spewed risks and statistics like an auctioneer. I became a sort of ambassador or companion. I met the patients and families at the apex of the five stages of grief and provided what I could to help them see the best way through it.

Or, perhaps, it was keeping me at a safe distance from the battle, like a general atop a horse on a hill. I was around death, near dying patients. I was there to witness their greatest moment of suffering and the five stages of grief. But I wasn’t fighting next to them—just organizing and observing the fight. My life went on the same. I was forming relationships with others on the outskirts, bonding over our duties to the dying. I had found a way to adapt my baseline of normalcy to the environment around me.

Shortform note: In When Breath Becomes Air, Paul goes into his treatment plan in more depth, and the plan and his prognosis changes as the book goes on. When it comes to the five stages of grief, cancer can be difficult since a lot is unknown. You can see in the passages above how Paul moves through the stages of grief of cancer as he decides on a new course of action for his life.

Though it was far from the life he’d originally planned for himself and Lucy, with the guidance family, friends, and his doctor, Paul began to see a new life for himself post-diagnosis.) 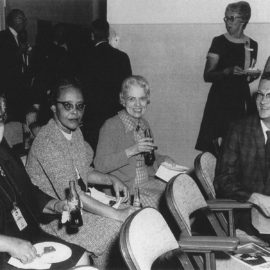 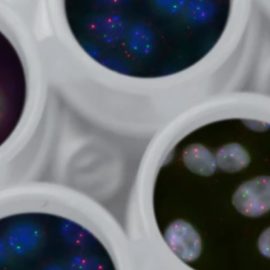 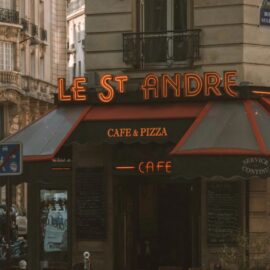