What is the story of morality in history? How have morals and vices changed over time?

In The Lessons of History, Will and Ariel Durant dedicate a chapter to morality in history, following its path from the hunting era to industrial times. They argue that morals reflect what is needed for the individual and society to survive at a given time.

Read more to learn about morality in history.

Morals are the rules by which a society exhorts its members to behave. Moral codes look superficially different between societies and across history, but they are quite universal and necessary.

Morals in the Hunting Era

Morals in the Agriculture Era

Morality in history shifted as the means of survival shifted.

Morals in the Industrial Era

Once again, morality in history shifted as the means of survival shifted.

(Shortform note: Doubtless the character has changed again with the Information Age with computing and the Internet. We now prize niche personalization instead of mass consumption. Regional and national boundaries have blurred with the ease of global communication. Social groups have been redefined around interest, rather than mere geography – you connect with people who are like you, rather than people who happen to live around you.)

Morality in history includes the matter of vices. Sin has flourished in every age, including prostitution, gambling, alcohol.

While our times may seem to have unprecedented moral laxity, it may not actually be unique in history. It may even be self-correcting – our children might come to see modesty as fashionable and more stimulating than nudity.

Much of our modern moral freedom is good – we’re relieved of the supernatural terrors of religious punishment, and so we can enjoy pleasures that don’t harm others or ourselves.

In times of war, morals become laxer. Citizens see their savings taxed away, women have unprecedented freedom, soldiers have tasted adventure and learned to kill.

But history is the tale of the exceptional, while ignoring the many stories of the ordinary. Behind the exciting facade of war and politics, murder and adultery, were millions of orderly homes and affectionate people.

The story of morality in history is an interesting one, and it can help us understand morals in society today. 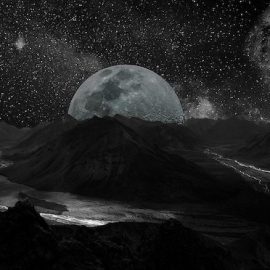