What was the impact of poverty in The Other Wes Moore? How did the two Wes Moores try to escape to a better life?

Author Wes Moore was able to escape the impact of poverty thanks to his mother scraping up the money to send him to an expensive military school. Unfortunately, the other Wes Moore wasn’t so lucky.

Read more about the impact of poverty in The Other Wes Moore.

In The Other Wes Moore, after Moore’s father passed away suddenly, his mother packed up and their family moved from Baltimore to the Bronx to live with her parents.

Like any inner-city community, drugs were a part of life. In the Bronx, marijuana, heroin, and cocaine had been around for decades. But crack was a different beast.

The introduction of crack changed the drug game. Crack was more available and more addictive than other drugs. It was cheap and easier to produce. And the high demand for the drug created more volatile competition and more violence among the street gangs. It also created a need for more manpower. Many of the boys Moore new from the neighborhood were getting recruited.

But Joy was going to see to it that her children didn’t become casualties of the impact of poverty. Joy would make sure her children were given every opportunity to make something good of their lives. For Moore and his sister Shani, that meant private school.

The Importance of Education

Joy knew that her kids would not be suitably educated in public schools. She’d attended Bronx public schools as a child, and Moore’s grandmother had taught in one for twenty-six years. During the period of deterioration in the community, the schools had not been spared from the impacts of poverty. There were few resources, and almost half of the student body did not make it to graduation. Even if they did, they were still light years behind in knowledge and skills.

Joy had heard of Riverdale Country School as a young girl. The stories made it seem like a fantasy school—a sort of non-magic Hogwarts for wealthy kids. The school sat on a lush acreage along the Hudson River and boasted prestigious alumni, such as John F. Kennedy.

Riverdale provided a safe and advantageous environment, and Joy saw it as the place where Moore could get the experiences he needed to change his life. In reality, the school changed Moore’s life in ways none could have predicted.

Moore did everything he could to hide how poor he was. He only had three outfits that were good enough for school, and he created a schedule by which to rotate them to hide the fact. At a certain point, he started borrowing some of his sister’s more gender-neutral clothing for variety. When the other kids talked about where they would “summer,” Moore tried to make up a vacation home in Brooklyn.

Moore always hung out with Riverdale students on their turf, never his. But one day, he tried to bring the two worlds together.

One day, Moore’s Uncle Howard was back in the Bronx after dropping out of medical school. To try to help his nephew, he organized a baseball game to bridge the gap in Moore’s two worlds. Moore was excited about introducing his friends from home to his friends from school.

Things didn’t go according to plan. When one of the wealthy kids from Riverdale taunted a boy from Moore’s crew, a fight broke out. They’d only been on the field for fifteen minutes. Over the next four innings, two more fights would occur. Finally, Moore realized there was no way to bring his worlds together.

The Impact of Poverty on Friendships

Moore felt like he was becoming too uppity for his neighborhood crew and was too street for his schoolmates. He suffered emotionally, feeling self-conscious in both scenarios. His grades began to diminish, and his personal standards for success plummeted. He was getting mostly Ds and Cs, with the pleasant surprise of a B every now and then. Wes was in third grade, but he was reading at a level a grade below him. He was on his way to fulfilling the future that statistics predicted for poor kids reading below their age group: prison.

In contrast, his friend Justin was a model student. He cautioned Moore that he was going to be put on probation or kicked out if he didn’t turn things around, but Moore only had excuses for his friend. Moore blamed the long ride to school, his father’s death, his mother’s stress, anything he could think of. But in front of Justin, who lived farther out and whose family was worse off, there was no one to blame but himself.

Not even his mother’s threats of sending him to military school could whip him into shape. He knew she was bluffing. She wouldn’t send her only son away when she had no husband. Moore believed there was no way military school was a viable option and did nothing to change.

Eventually, Moore’s mother managed to scrape up the money to send him to military school and his life changed forever. Moore was able to escape the consequences of poverty.

The Other Wes Moore’s mother was Mary Moore. Mary’s dream was to earn a college diploma. After she graduated from high school, she worked toward an associate’s degree at the Community College of Baltimore. She had her sights set on Johns Hopkins University, which stood only a few miles away geographically. However, psychologically, the school felt a million miles away.

Johns Hopkins was a prestigious university for mostly affluent students from out of town. But Mary tempted fate and applied. Her heart soared when she received her acceptance letter.

Mary had started working as a secretary at Bayview Medical Center. She earned $6.50 an hour, and with the Pell Grant, she was able to cover part-time tuition and support her household, which now included Wes.

The lives of six-year-old Wes Moore and his mother changed in different ways one day in 1982. The two lived alone in West Baltimore. His older brother, Tony, spent most of his time with his maternal grandparents or at a housing project with his father. Wes was for all intents and purposes the man of the house. So when his mother, Mary, told him to pack a bag for his grandmother’s house with tears in her eyes, he was concerned and wanted to do something to help.

The impact of poverty hit Mary hard. She had found out she would no longer be able to afford to attend college. Her Pell Grant, a federal financial award provided to underserved citizens as part of the government’s Basic Educational Opportunity program, would no longer be funded. Without this funding, the sixteen credits she’d already completed would go to waste.

When Wes learned of his mother’s lost grant, he offered to help earn money so she could still go to school. Mary appreciated her six-year-old’s gesture, but she said she would work things out.

Mary had started working full-time at Bayview Medical Center, and Tony, Wes’s older brother, looked after eight-year-old Wes during the day. But Tony’s presence had started to diminish, and Wes was often unsupervised.

Tony’s father lived in the Murphy Homes, also known in the community as the Murder Homes. They were the worst projects in Baltimore—rundown, with poorly lit hallways, grotesque conditions, and a menacing gang presence. Most of the residents lived in fear of the boys and young men who ran the drug trade and carried guns in and around the complex. Tony was one of those boys.

By age ten, Tony was already involved in drug deals. By 1984, at fourteen, he was a notorious gangster. He was thin and boyish, but his eyes stopped people in their tracks. Tony had what was known as the “ice grill,” a cold, fierce, and hostile gaze that made the receiver tremble.

Trying to Escape the Impact of Poverty

Mary moved many times during Wes’s childhood to try to put distance between their lives and gang activity. One of these moves was to a nicer neighborhood of black professionals called Northwood.

After moving to Northwood, Wes met Woody, a boy he would be friends with for the rest of his life. Wes and Woody played football for the Northwood Rams, a well-known and nationally respected recreational football team. Wes was athletic and thrived on the field. He loved playing football and cherished his jersey as a symbol of camaraderie and strength.

Wes had thrown himself so completely into football that his schoolwork started to suffer. Despite being bright and feeling smarter than the rest of his class, he barely scored high enough to make it to the next grade. The constant switching of schools and his quiet manner allowed him to float under the radar. No one noticed that Wes wasn’t learning anything.

For the fourth time in Wes’s life, Mary tried to escape the impact of poverty and moved them to a new neighborhood. Dundee Village was only ten minutes from his old home but miles away from the atmosphere of the streets. For one thing, Dundee Village was located in Baltimore County, a separate jurisdiction that encloses Baltimore City like a horseshoe.

The neighborhoods were nicer and more spacious, with yards, trees, and flowers, and the quality of life and opportunities were greater. Wes’s neighborhood differed from his old one in demographics, as well. Where Baltimore City was made up of almost all blacks, Dundee Village was home to people of various races and backgrounds.

Part of what motivated Mary to move to Dundee Village was the first of three times Tony was shot in his life. Tony was still heavily ingrained in the drug culture. He’d moved up from foot soldier to crew leader and was considered a veteran at eighteen.

Another part was Wes’s poor performance in school. Wes had failed the sixth grade. Mary’s hope that the move would be enough to turn things around for Wes was high, but he couldn’t muster the same enthusiasm.

What did concern Wes was his image. He wore secondhand clothes and old shoes. He didn’t mind as much when he was in Dundee Village, but when he went back to his old neighborhood, he felt ashamed of his attire. Tony always had new gear and the latest fashion, as did others raking in the spoils of the drug enterprise. Wes was desperate for the same.

Wes knew the only way to get the cool threads he wanted was to find a way to make money. One Saturday afternoon, when he was strolling through a nearby neighborhood, he found a solution. Drugs.

And the rest was history. Wes entered a life of crime and eventually ended up in prison, all to escape the impact of poverty. 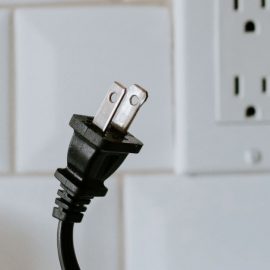 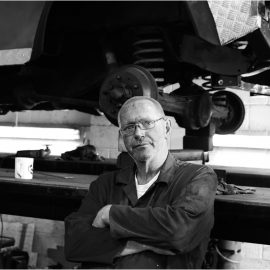