What can you learn from Moneyball? What are the top Moneyball themes in the book?

These Moneyball themes discuss a new system of managing a baseball team based on metrics and value. The major themes of Moneyball include seeing players as investments and a ballclub as a business.

There are many themes present in Moneyball, including Billy Beane’s own story of finding success as his failed career as a baseball player. Billy Beane helped redefine the value of a baseball player, and teams continue to use sabermetrics to this day.

James contrasts this with statistical measures that had been overlooked by professional baseball. On-base percentage, he argues, has a better correlation with run production than batting average, because it accounts for all the ways a player can get on base and contribute offense: including walks.

Despite this, players with high batting averages and low error counts are highly valued, while players with lots of walks and a high on-base percentage (but who aren’t flashy sluggers with high batting averages) are deeply undervalued. Yet teams continue making poor (and expensive) personnel decisions based on flimsy information, despite the availability of better data.

The world of professional baseball is hostile to this statistics-based criticism, refusing to take seriously ideas from which they would clearly benefit. But Bill James does have one devoted reader, who soon puts his ideas into practice at baseball’s highest level—Billy Beane.

In 1997, Billy Beane becomes GM of the Oakland A’s. He is determined to use sabermetrics to build a successful team with very little money, and to do so, must look for underpriced players. By 2002, he assembles a sabermetric-focused team in the front office, most notably his Assistant GM Paul DePodesta, who had graduated from Harvard with a degree in economics and has never played professional baseball. Billy is a micromanaging GM, deferring very little in the way of trades, drafting decisions, or even on-field tactical decisions to his scouting staff or even the manager.

Going into the 2002 draft, Billy’s mandate is to acquire effective players on the cheap—and the draft is the best way to do this. When a team drafts a player, they acquire the exclusive rights to sign him, after which they have exclusive rights to his first seven years in the minor leagues and six in the majors. This gives the drafting team enormous leverage in the contract negotiation process, enabling savvy drafters to get good players for a fraction of what they would cost on the free agent market.

At the top of Billy’s shortlist are two amateur players—fielder Nick Swisher and catcher Jeremy Brown. Swisher is one of the relatively few players about whom both the traditional scouts and the sabermetric-focused newcomers are in agreement: the young player is a surefire MLB star.

Brown, on the other hand, is a highly unconventional pick. Most of the scouting on Brown assigns him a very low place in the draft, if, indeed, he is to be drafted at all. Although he has what appear to be great stats coming out of college, most of the scouting world (including the A’s own staff) has dismissed him as being too heavy to make it as a major league baseball player.

Billy Beane and Paul DePodesta profit from the irrationality of their competitors, who overvalue athletic attributes like speed and strength which aren’t necessarily effective at winning baseball games. The A’s, instead, select players using a process of rational, scientific, data-based analysis, which is better at predicting their likelihood of succeeding in the major leagues.

Taking this a step further, DePodesta calculates that the team will likely need to win 95 games to make the playoffs. To win 95 games, they will need to have a net run differential of approximately +135. And this makes the team’s task a lot clearer. They need to find a combination of players whose net run production will offset the loss of Isringhausen, Damon, and Giambi, plugging in those holes to get the run differential they need.

The team is simply the sum of its parts. While certain star players obviously contribute more runs than others, their output can be replicated. The production of a Giambi might not be easily replaced by another single player, but it can be replaced by a combination of other players, each of whom can do their part to fill in the gap left by his departure.

They don’t need to find the total package in a new player—they just need to find a fraction of that package, which will form part of the whole when joined with other players. They aren’t looking for the next Giambi, nor, frankly, can they afford to. They need to find the parts of Giambi, which can be obtained for far less.

Isringhausen and Damon had been overvalued players—Isringhausen because he was a closing pitcher (who only came into games once the outcome was already likely decided) and Damon because he had a poor on-base percentage. Thus, Billy is able to trade them off for more than they’re worth or let them walk away in free agency and allow another team to overpay them. The loss of Jason Giambi is tougher, but not impossible, to replace.

The A’s bring in Scott Hatteberg, David Justice, and Jeremy Giambi (Jason’s younger brother). These are players whom most of the rest of the league has written off as inadequate or defective, which, of course, is why the A’s are able to so easily acquire them. Yet they all boast above-average on-base percentages, largely due to their patience at the plate and ability to draw walks.

DePodesta stresses the importance of process over results. By adhering to a sound process, the team is likely to win more games than they lose over the long haul of a 162-game season, even if individual games might be lost due to chance events.

The A’s apply their sabermetric approach to finding pitchers as well as hitters. Instead of valuing pitching velocity for its own sake, Beane and the A’s believe that pitchers ought to be judged solely on their success in making outs, preventing runs from being scored against the team, and contributing to the team’s positive run differential.

Around this time, a new method has been created to better evaluate pitchers—defense-independent pitching statistics (DIPS). DIPS eschews measurements like hits and earned runs against, as they depend too much on fielding to be of much use in judging a pitcher’s performance. Instead, DIPS rates pitchers mainly on the basis of walks, home runs, and strikeouts, aspects of the game for which the pitcher was solely responsible.

After Billy’s wheeling and dealing at the trade deadline, the A’s are reborn, going on to qualify for the playoffs and win the AL West Division with a 2002 regular season record of 103-59—just behind the Yankees for the best record in all of Major League Baseball.

The team’s success is a testament to their value investment strategy in building the team and a stunning rebuke to decades of conventional wisdom about what makes a winning ballclub.

5 Moneyball Themes You Need To Know 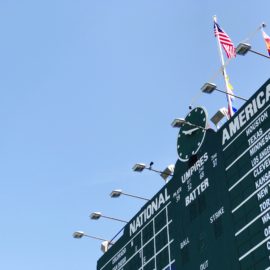 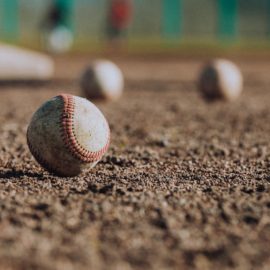 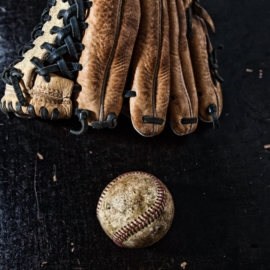 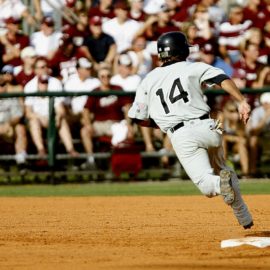 On Base Percentage: The Cornerstone of Moneyball