How can you tell someone is playing a mind game on you? What are the different types of mind games people play?

Mind game psychology is complex because there are many different types of games people play on each other. In his book Games People Play, psychiatrist Eric Berne provides a framework for analyzing mind games and understanding why people get tangled up in negative interactions.

In this article, you’ll learn how to analyze ming games according to Eric Berne’s Transactional Analysis framework.

In this article, we’ll put together an in-depth illustration of one mind game—“Good Vibes Only.” This will help you better understand the psychology of mind games.

After a description of the game, we’ll break it down with Eric Berne’s analytical framework. This allows us to look more specifically at each aspect of the game, and we’ll also comment where Berne’s ideas have fallen out of date.

1. Practical Game Analysis addresses one specific instance of a game. You first identify the game as a general pattern and then gather specific background knowledge about the individuals involved. This enables you to assess the specific situation and tailor-make an appropriate solution.

You might know someone who plays “Wasn’t Me” (they won’t own up to the messes they make). If you don’t know their personal history, though, you can’t really understand their specific version of it.

(Shortform note: Keep in mind that Berne’s method is distinct from game theory, which considers how fully rational agents would act in pre-defined arenas. A classic example is the prisoner’s dilemma, wherein an interrogator incentivizes each of two criminals to confess (they’ll go free,) condemning the other to a long sentence. If both confess, both get sentenced; if neither do, they stymie the prosecutor. T.A., on the other hand, deals with non-rational agents—games in Berne’s sense are driven by emotion, not reason. And some argue that mathematical game theory is useless, because it deals with pure theory—logic-based analyses that depend on the theorist’s predefined premises. Berne, on the other hand, took on the messy challenge of describing complex, real-world phenomena. As he put it, the games T.A. deals with are “more real.”)

2. Theoretical Game Analysis distills many instances of a game into a generalized pattern. According to Berne, you can use that model to identify a game all across the world, regardless of culture. However, Berne states that he didn’t study games across cultures, calling that a job for sociology.

(Shortform note: Berne’s Theoretical Game Analysis seeks to generalize game patterns and apply them all across the world—which can seem implausible, given the huge diversity of behaviors and lifestyles across cultures. But consider the notion of human universals, cultural traits that appear across the world. Donald Brown, an American anthropologist, originally proposed 67 universals, ranging from music-making to healing, burial rituals, and the notion of history. Many of these are more elemental (conflict, mediation, courtship rituals) than Berne’s games, but they may support the existence of common behavioral patterns across cultures. All the same, the modern ITAA seems not to have an updated list of games, global or not.)

“Good Vibes Only” is a variant of “Toxic Positivity.”

Player A is a regular guy who believes something like “Negativity is awful; just be positive!” He’s typically pretty happy, though the inevitable emotional lows throw him off.

Someone close to A, like a child or partner, struggles with depression. This is Player B. Player A and Player B live together, so A is often exposed to B’s low, heavy emotions.

This tends to worsen B’s situation. B doesn’t need quick-fix solutions; she needs empathy and patience. B gets upset when A tries to force her to “just be positive,” and they fight each time. Then they storm off in opposite directions, and A broods—“God, I hate how negative she is. Why can’t she just be happy?” At the same time, B feels even more alone.

Their fighting confirms A’s belief—negativity brings bad experiences—and reinforces his game. He’ll soon be back at it.

With the game laid out, let’s break the mind game psychology. Berne lists several items to analyze, which we’ve condensed into two phases—description and solution—for clarity. We’ll briefly explain each, then show where it applies to the game.

The Description: First, describe the game in detail. Lay out the series of events and include any details you know of the player’s histories (trauma, parental influences, etc.). If it’s your game, try to view yourself objectively, taking time to reflect on your own psychological history.

Feel free to glance back at our description above to pick out how the game unfolds. Note also the specifics we’ve included about each player’s psychology.

The Purpose: Next, consider the player’s purpose: Why do they (or you) play this game? While the general aim of a game is to validate your beliefs, that validation has a specific character—vindication, reassurance, righteous triumph, and so on.

Berne doesn’t detail where these come from, but we can infer that they depend on how the player enacts their belief. In “Good Vibes Only” as above, Player A denies his own negative emotions. He’s actually very anxious, so he acts on the belief “Negativity is awful; just be positive!” in an impatient, fearful way. He seeks reassurance—that he’s right, that he’s OK.

The Characters: Now describe the characters required for the game. Remember that you play from a belief, and you enact that belief in a certain way. Each game requires certain “acts” in order to work. For example, “Alcoholic” is played with the Drunk, the Dealer, the Rescuer, and often an Antagonizer.

“Good Vibes Only” calls for a Gray Knight and a Depressive—respectively, Player A and Player B. A Gray Knight is someone who embodies the saying, “The road to hell is paved with good intentions.” A Depressive is an emotionally depleted individual, who’s usually difficult to help.

(Shortform note: Berne’s “roles” (above characters) have since been expanded by Bernd Schmid, a prominent figure in the European Association for Transactional Analysis (EATA). He holds that an individual is composed of their full range of roles. In other words, you are the sum of the many hats you wear—stressed-but-caring partner, ambitious freelancer, reliable friend, coffee evangelist, and so on. This is much like the theory of subpersonalities advanced by Jon Rowan, which states that distinct aspects of your personality come online to deal with different situations, like a social confrontation or when meeting someone new. Lastly, we might connect this to the idea that consciousness is an emergent phenomenon: It arises out of the complex interconnection of many parts—like your experience of being a “self” arises from many subpersonalities seamlessly interacting.)

The Steps: Several moves compose a game, and we can generalize these from enough samples. Berne says that each move provides recognition: Each is an exchange. He describes the moves in general terms, as below. These help you to identify the general pattern.

Examples: Many games originate in childhood, and finding the childhood form often helps to make sense of the adult game. “Hypochondriac,” Berne shows, follows from a childhood habit of playing up little hurts to gain benefits.

Interpretation: To better understand your game, reflect on what early experiences you’ve had that may have led you to form an unhealthy belief. Here Berne makes reference to Freud’s psychosexual stages, describing games as coming from things like “phobic sources” or “penis envy,” but this style of interpretation isn’t widely used anymore.

Instead, try to recall the significant experiences from your childhood, and think through what could reasonably follow. For example, the adult player of “Good Vibes Only” may have had a parent who got upset whenever they weren’t happy. So as a child, they learned that forcing yourself to be positive is how you avoid uncomfortable emotions. Now, they impose that same belief on others.

Benefits: Often we keep playing games because they feel rewarding, albeit shallowly so. Find these rewards and you’ll be better equipped to stretch beyond the comfort zone the game provides. Maybe you feel validated when you argue with your partner, or get pleasure from telling people how wrong they are—whatever it is, note them down (and prepare to give them up).

“Good Vibes Only” rewards the player with a feeling of superiority—“I get it, why can’t she? All you gotta do is be positive!”

(Shortform note: Behavioral psychology also involves identifying a bad habit’s reward. But they don’t use antithesis: Instead, the common strategies are to punish your bad behaviors (if you scroll too much, you have to work for 15 minutes more a day) or remove their rewards (it means no phone for a day). Behavioral psychology also holds that you need to form a positively rewarding behavior to take the place of the old habit. Berne doesn’t address this point, and Games People Play stops short of discussing how to form new, healthier relationship habits. In Attached, authors Amir Levine and Rachel Heller argue that the key to a healthy relationship is understanding your attachment style—secure, avoidant, or anxious—and learning to communicate openly and honestly, like a secure attacher.)

Solutions: While Berne states that you can only fully understand a game in the clinical situation, we can still solve our own games. Games on paper aren’t quite the real thing—a theoretical description of a game necessarily compresses it—so don’t forget to consider your unique life circumstances when crafting a solution.

If you learned to play “Good Vibes Only” as a way to keep a parent happy, you might consider whether you’ve repressed your own negative emotions. A good solution could then be to show yourself that you don’t actually feel positive all the time, contradicting the belief and opening you up to a fuller experience of your own emotions. 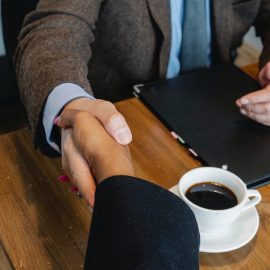 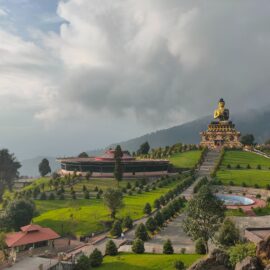 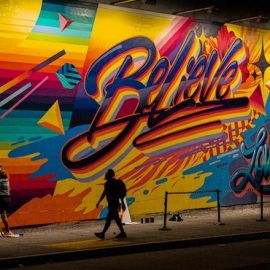 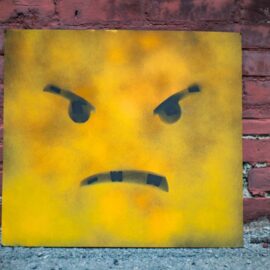