What exactly is “toxic masculinity”? In what ways can masculinity be toxic?

According to Richard Cooper, there isn’t really such as thing as “toxic masculinity.” The idea that anything too masculine is harmful is a lie. Rather, it’s a lack of masculinity that is the problem.

Keep reading to learn about the psychology of toxic masculinity and why it’s a lie, according to Cooper.

In his book The Unplugged Alpha, Richard Cooper offers his take on the psychology of toxic masculinity. However, he argues that the problem isn’t too much masculinity but a lack of masculinity.

As evidence, Cooper points to Nikolas Cruz, who killed 17 people in a school shooting in 2018. The media argued that his crime stemmed from “toxic masculinity,” but Cooper argues that it came from Cruz’s lack of masculine influence. Since Cruz was raised by a single mother and presumably encountered mostly female teachers, he never learned masculine skills like the ability to handle rejection. Instead, Cooper suggests that Cruz responded in a feminine way to rejection—in an emotional, violent “outburst.”

Was Cruz’s shooting evidence of toxic masculinity, as the media contended? To answer this question, we must first define what “toxic masculinity” is. Contrary to Cooper’s definition, most experts define “toxic masculinity” as the pressure that many men feel to embody supposedly masculine ideas that are in fact harmful to their health and the health of others. For example, men often repress their emotions because they believe having feelings is too feminine.

So why did the media argue that Cruz’s crime was evidence of toxic masculinity? In the modern day, masculinity is associated with violence and domination—and this toxic association leads some to shoot guns as a way to express masculinity. Troubled young men who aren’t able to dominate in more traditional ways (like by being strong or athletically gifted) are particularly prone to turning to guns—because anyone can shoot a gun.

In contrast, Cooper argues that Cruz’s crime came from a lack of masculinity. However, the assumptions he makes are somewhat unfounded. While Cruz was raised mostly by a single mother, it’s unclear whether his teachers were mostly women. At least one male educator encountered Cruz: his male middle school principal, who testified at Cruz’s trial that even in eighth grade, a mainstream school was unable to handle Cruz because he terrified both his teachers and fellow students.

It’s also unclear why Cooper argues that Cruz’s lack of supposedly masculine skills (like the ability to handle rejection) led to his crime or why he characterizes it as an “outburst.” Rather, Cruz appears to have glorified violence and planned his crime for years: Even in middle school, he showed an obsession with guns and violence that unnerved his teachers, and he wrote, “I’m going to be a professional school shooter” nearly six months prior to actually becoming one.

Thus, there seems to be more evidence that Cruz’s crime is indicative of toxic masculinity rather than a lack of masculinity, as Cooper suggests. However, Cooper did not have much of this evidence when he originally made his claim: Much of Cruz’s educational history and previous mental issues became public information during his trial in 2022, two years after the release of Cooper’s book.

The Psychology of Toxic Masculinity & Why It’s a Lie 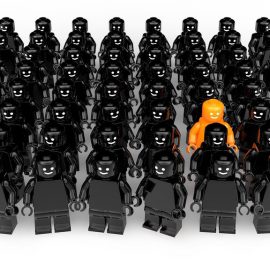 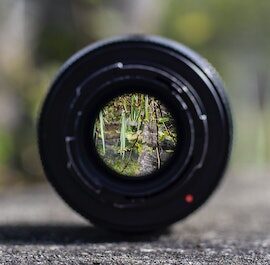