Why did Matthew McConaughey go to Australia? What did he do there and what did he learn?

After graduation from high school, Matthew McConaughey went to Australia as an exchange student. After originally struggling with his host family, McConaughey had a positive experience and learned how to set boundaries for himself.

Read more about Matthew McConaughey, Australia, and his time there.

After graduating from high school, Matthew encountered a series of red and yellow lights that served as the raw material for one of his most life-transforming greenlights because they led him to the idea of finding your own frequency and taught him how to be true to himself.

Kay suggested he become an exchange student, and he signed up through the local Rotary Club to spend a year in Australia. When the club members told Matthew that many young people came home early from such trips because of homesickness, he solemnly swore that he would fulfill the whole year.

A few weeks later, he received a letter from his Australian host family expressing their excitement and telling him that they lived in a paradise on the outskirts of Sydney near the beach. He was thrilled, anticipating a total blast during his year Down Under.

What he actually encountered in the Dooleys’ house was a family whose eccentricity was so pronounced that it drove him into a personal crisis of identity.

The Dooleys—Norvel, Marjorie, and their son Michael—met Matthew at the airport in Sydney. Norvel was short, stout, balding, and mustached, and he used an affected English accent. Marjorie, the mother, was even shorter, and she used a walker because of spinal kyphosis (a “hunchback”). Michael, their son, wore a tucked-in shirt with a pocket-protector and carried an enormous ring full of unnecessary keys. They all embraced Matthew and enthusiastically welcomed him to Australia. (Their other son, Rhys, lived with Matthew’s parents in America while Matthew was in Australia.)

Norvel told Matthew that he and his family lived outside Sydney in a town called Gosford with beautiful beaches. But when they got to Gosford, Norvel drove right through, saying they actually lived in the next town. He went on to do the same thing twice more, driving through two more towns, each smaller than the last. When they finally arrived at the Dooleys’ real home of Warnervale, Matthew was dismayed to see a population sign that said 305. There was hardly a town at all. Warnervale was just a scattered collection of houses in the middle of nowhere.

Hearing this, Norvel took Matthew to his study, shut the door behind them, and proceeded to lecture him sternly on the supposed vice of voicing his personal opinions “for the masses.” Norvel told Matthew that during his stay at their house, he would learn about the virtues of fine wines and cheeses and the wrongness of sharing his opinions.

Confused, but wanting to make the best of things, Matthew mentally attributed the strange episode to “cultural differences.”

As weeks and months went by, the “cultural differences” assumptions became impossible to maintain. The Dooleys were simply crazy. Once when Matthew was sitting at the dinner table and watching the Summer Olympics on the television in the next room, he audibly expressed his pride when an American won the Women’s 4 x 100 meter relay. This led to another lecture from Norvel in his study, with Norvel preaching to Matthew that Great Britain’s David Broome, who won the bronze medal in 1960 for equestrian show jumping, was a really great athlete.

Another time, Matthew declined some mint jelly when it was passed around with lamb. In response, Norvel leapt to his feet and announced that Matthew, an immature American, would learn that mint jelly always goes with lamb.

By three months into Matthew’s stay, every day with the Dooleys had come to seem like an off-kilter nightmare. In his strange and unsettled situation, he felt the need to maintain his sanity by following some kind of discipline and purpose—even a made-up one—that would maintain his moral center. So out of the blue, he decided to become a vegetarian.

Not knowing how vegetarians actually eat, he began to consume a regular dinner consisting of an entire head of iceberg lettuce topped with ketchup. He also started running six miles every day. He swore off alcohol. He decided to become a monk. He began writing multi-page letters to his parents, his friends, and his old girlfriends back in America.

After five months, Matthew had lost weight, dropping to 140 pounds. Each night after dinner, he took a bath, listened to music, wrote a letter to someone back home, and masturbated while reading Lord Byron. He felt his sanity hung on this self-made routine.

Once, when the extended Dooley family was there for another visit, Marjorie called Matthew into the living room with everyone present and commanded Matthew to kiss Meredith, their son Michael’s girlfriend, on the lips. Matthew was shocked, and he saw that Meredith was equally mortified, while across the room, Michael was acting agitated and unhappy. Matthew declined the command, but Marjorie insisted. Marshaling his courage, Matthew flatly refused, sharply telling Marjorie never to do that again to him, Meredith, or Michael.

The last straw for Matthew came one night at dinner when Norvel announced that he and Marjorie had decided that for the rest of his stay, Matthew would call them Mum and Pop. Stunned, Matthew thanked Norvel but refused, saying he already had parents.

The next morning, he awoke to the sound of Marjorie weeping hysterically because Matthew wouldn’t call her Mum. He ran to comfort her, and then they both cried—him because of the absolute craziness of the situation. Despite his discomfort, the experience of refusing to do something that he knew was absolutely wrong for him solidified his growing inner sense of a new self-determination.

Good Riddance to the Dooleys

Realizing that he needed to create a boundary between himself and the Dooleys because their words and actions just didn’t sit right with him, Matthew told the local Rotary Club president that he wanted to experience living with a different Australian family. The president located a new family and set a schedule for this transition. But on the evening when he was scheduled to move out, Norvel confronted Matthew and said that he and Marjorie had decided Matthew wouldn’t be leaving after all, but would instead remain living with them, so he should unpack his bags. Matthew flew into a rage and punched all the way through the plywood bedroom door, screaming a profanity-laced threat at Norvel to get out of his way or incur a serious beating. Norvel blanched and fled.

The rest of Matthew McConaughey’s time in Australia was much more positive. He changed host families two more times after that, having good experiences with all of them.

On his last night, these families gathered to say farewell. Amid the dinner and drinks, one of them asked Matthew how he had managed to endure living with the Dooleys for so long. When everybody broke out in laughter, an astonished Matthew realized that they had known all along that the Dooleys were crazy. Placing him with them had been a big prank. He called his new friends motherfuckers and then joined in their laughter. 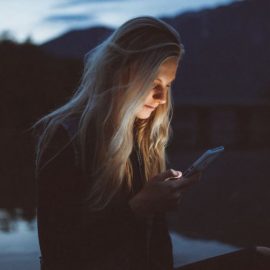