How did the Protestant Reformation get going in earnest? What revolutionary ideas did Martin Luther introduce?

In The Protestant Ethic and the Spirit of Capitalism, Max Weber discusses the doctrinal developments introduced by Martin Luther and others that, according to Weber, produced the Protestant ethic. These doctrines caused people to live more systematically, ascetically, and rationally than ever before.

Continue reading for Weber’s account of Martin Luther and the Reformation.

Martin Luther and the Reformation

Weber’s primary argument is that, mainly in America and western Europe, the Protestants’ unique way of life laid the seeds for capitalism to emerge as a full-fledged economic system. It’s in this context that Weber discusses Martin Luther and the Reformation. Luther, a German priest and theologian, started the Protestant Reformation on October 31, 1517, when he posted his 95 theses disputing the practices of the Catholic church. In particular, Luther took issue with indulgences and with the church governing believers’ relationships with God. His fight with the Catholic church led to his excommunication in 1521, after which he founded his own denomination, the Lutheran church.

(Shortform note: Popular myth holds that Luther nailed his 95 theses to the door of the Wittenberg Castle church, but he might not actually have done so. In fact, Luther may simply have mailed his theses to the local archbishop in order to start a dialogue and seek change. This less dramatic version of the story suggests that Luther may originally have wanted reform within the church rather than without it—but when he was excommunicated, he had no choice but to start his own church.)

Indulgences were a practice that the medieval papacy created to allow Christians to work off the debt of their sins through good works. However, they became distorted over the years and by Luther’s time, many clergy members would accept money in place of works. In effect, churchgoers could buy forgiveness for various sins by helping fund the construction of cathedrals and other clergical luxuries.

Luther saw that many Catholic priests exploited indulgences to get rich, and he felt that was immoral. He reasoned that you shouldn’t be able to buy your way into heaven. And as for church-meditated religion—before Luther, the Bible was written in Latin and available only to the clergy. This meant that priests had power over people’s religious lives and could control whether or not they were saved by God.

Weber explains that Luther disagreed with the Church’s power over the common man’s salvation. He felt that salvation comes through faith alone, and the Bible was the only true source of religious authority. To remedy the situation, he translated the Bible into German and used Johannes Gutenberg’s printing press (invented in the mid-1400s) to spread it. From then on, individual Christians could read the Bible for themselves and develop their own relationships with God. Soon after, additional reformers followed Luther’s example and created more reformed churches based on their own interpretations of scripture (one of these was John Calvin, whom Weber also discusses in his book).

(Shortform note: Protestantism is distinct from Catholicism for its insistence that each person should have a direct relationship with God, without the involvement of clergy or any intermediaries. This is called “universal priesthood,” which means that everyone has an equal ability to relate to God. Thus in Protestantism, ministers and church staff were generally not held up as morally superior to the layperson, and many churches devised their own forms of organization, such as congregationalism.)

Luther and the “Calling”

Weber emphasizes one key detail of Luther’s Bible translation: To render the notion of God’s preordained purpose for each individual, he used the word calling (beruf, in the original German). This word combined the secular notion of your job or occupation with the religious notion of God’s purpose for you. In doing this, Luther created a wholly new idea: That faithful secular work was the highest moral good you could do. That is, God wants you to work hard in your calling.

To Luther, wherever you found yourself in life—whether you were a tailor, a blacksmith, a peasant, or a businessperson—is where God intended you to be. Consequently, he taught that it’s your duty to submit to that destiny and work in your calling for God’s glory. In contrast to working in that calling, Luther saw monkhood as a devilish path. He felt that monks shut themselves away from the world and choose not to contribute to secular, practical life.

(Shortform note: Some argue that Weber’s interpretation of “the calling” is inaccurate. Weber quotes the Westminster Confession, a 1646 statement of belief by the Westminster Protestants in England, but the Confession doesn’t equate God’s calling and your highest moral duty. Rather, it emphasizes duty to God over secular pursuits, and it recommends that Christians follow callings that best serve God rather than their own gains. If we take this as true, then the idea of the calling may not have been as innovative as Weber describes. Either way, it played a large role in the Reformation.)

Martin Luther and the Reformation: Max Weber Tells the Story 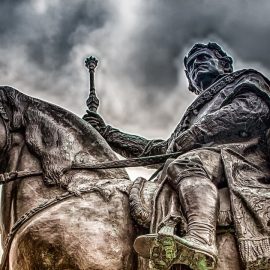 It Is Better to Be Feared Than Loved: Machiavelli Explains 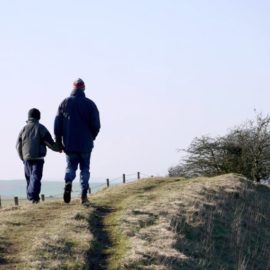