What is the history of Loudcloud? How did the company go from raking in money to almost bankrupt in a matter of years? How did they manage to survive the dotcom crash?

In 1999, Ben Horowitz and Marc Andreessen founded Loudcloud. The company took off running, leading to exponential growth. Then, as quickly as it grew, Loudcloud almost went bankrupt. They were forced to go public and make big company changes.

Read on to learn more about the history of Loudcloud.

The History of Loudcloud

1999 was near the peak of the dotcom bubble. Feelings were exuberant, and the world was full of possibilities for Ben Horowitz.

The money fueled growth. Horowitz was encouraged by their investors to run their companies as though “capital were free.” Within 6 months of founding, they hired almost 200 employees; in about the same time, they booked $10 million in contracts and nearly tripled that the next quarter. They also spent freely, including $5 million on a fancy new office to contain their headcount. Everything looked like it was working.

Then, in March 2000, the crash began. After 10 days, the NASDAQ had fallen by 10% from its peak; within a year, it would fall 72%. Companies went bankrupt and billions of market value evaporated instantly. Tech investors became skittish to fund companies.

Loudcloud was in trouble. Within a year, they had spent nearly all of their $66 million in funding on growth. Luckily, in June 2000, they were able to raise a Series C of $120 million at a $700 million pre-money valuation.

But even this $120 million wasn’t enough. The company was in operational trouble. They had forecasted booked sales of $100 million for Q3 of 2000. Instead, they finished with only $37 million in contracts (after all, their customers suffered in the dotcom crash too). And these numbers represented merely booked sales, the total value of the contract over 2 years—their customers paid them on a monthly basis, so they faced steep cash flow problems.

With revenue far lower than expected and 477 employees, within a few months by late 2000, Horowitz needed to raise money yet again. But this time, no one was biting. It looked like they might actually go bankrupt, which would mean losing all their investors’ money and laying off all the employees they worked so hard to recruit.

One unlikely option emerged: go public. Surprisingly, while private investors had withdrawn their investments, the public markets were still somewhat receptive to companies. (Note: While the market had fallen 25% by September 2000, it would not bottom until two years later, in September 2002.)

With no investors offering to invest, Loudcloud had no other option. In September 2000, Loudcloud announced it was going public. Its S-1 filing with the SEC looked terrible, showing $1.94 million in revenue in the past 6 months, with forecasts of $75 million for the coming year. They were set to run out of money in 3 weeks if they didn’t IPO. The press pilloried them for being emblematic of the deeply unprofitable dotcom company.

Loudcloud started their IPO roadshow trying to price their shares at $10 each, which would value the company at under $700 million, below their Series C valuation. During the three weeks on the roadshow, comparable public companies lost half their value. They had to reprice at $6 a share, an even steeper loss from their private valuation.

Loudcloud raised $162.5 million in the IPO, but no one celebrated. They had survived, but at a steep loss in valuation, and even more trouble was to come.

As the economy continued its nosedive, Loudcloud’s business continued to worsen. Customers were harder to sign, and their existing customers started canceling. For their first earnings call, Loudcloud had to lower its revenue guidance from $75 million to $55 million. Doing so just after going public was a big red flag, and their stock dropped from $6 a share to $2.

In 2001, September 11th happened. On September 26, their largest competitor Exodus went bankrupt. It had been valued at $50 billion a year earlier and had raised $800 million at the beginning of 2001. Repeat: It had burnt $800 million in cash in just 9 months.

These were all grave warning signs for Loudcloud. Horowitz contemplated the fate of the company. If Loudcloud went bankrupt, what could they possibly do? His answer: He’d buy the software that managed their servers, Opsware, and build a company around that. Compared to the capital-intensive server cloud business, a capital-efficient software would be relatively easier to turn around.

He asked another question: Could they work on this business without going bankrupt? They could. He directed a small team of ten to make Opsware a standalone software that could run on any server platform. While he thought this might be the hail mary to save Loudcloud, he didn’t portray this to the rest of the company, lest they lose motivation on their core server business.

But the server business continued to struggle. In early 2002, their largest customer, which paid them $1 million per month and represented 20% of their revenue, went bankrupt. Loudcloud was still deeply unprofitable, and they were caught in a death spiral: With less money on their balance sheet, their customers had less confidence in Loudcloud’s stability, which hurt sales, which depleted their balance sheet even faster. Even if they laid off most of their headcount, their infrastructure costs were so high they couldn’t break out of the spiral. Loudcloud looked doomed.

It was time for Horowitz to make his plan public. They needed to exit the cloud business, thus reducing their infrastructure expenses, and turn into a software company. This meant finding buyers for the cloud business. After entertaining two top bidders, IBM and EDS, Loudcloud struck a deal with EDS:

The deal closed, and it felt like a burden had lifted. They could now rewrite their future. 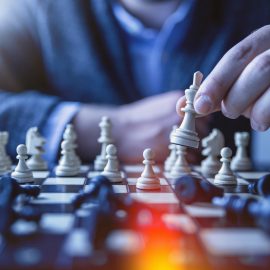 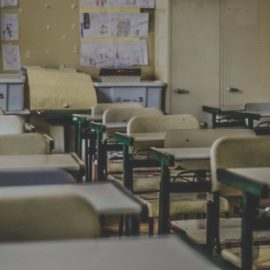 Baby Step 5: Save for College, Don’t Rely on Loans 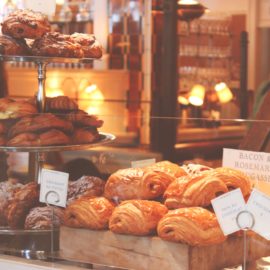