What is the Law of Priorities? What do priorities mean in the context of leadership?

Irrefutable Law #17: The Law of Priorities

Being busy doesn’t necessarily equate to being productive, achieving, or accomplishing. Time is finite, so good leaders regularly evaluate how they’re spending it. They choose to focus on activities that help them achieve their goals, and drop activities that don’t.

Some people are reluctant to apply the Law of Priorities, for a few reasons:

Maxwell gives three R’s to keep in mind when prioritizing:

The very best application of this law is to address multiple priorities with a single action. If you can do one action but satisfy several priorities, then you’ll be able to increase your focus without using up any extra time.

Example of a Failed Application of the Law: John C. Maxwell

For many years, John C. Maxwell lived in San Diego. He loved the city and planned to stay there for his entire life. Since his job involved speaking, he had to travel a lot. One day he asked his assistant to calculate how much time he spent on planes, and discovered that he was spending the equivalent of 27 days a year traveling just between San Diego and Dallas (to make connections). He then came up against one of the barriers to prioritizing—doing something he didn’t want to do, which in this case meant moving to a more central city. (He eventually moved to Atlanta.)

Example of a Successful Application of the Law: Jack Welch

When Jack Welch took over General Electric in 1981, it was a good company. The stock was $4 per share and the company was eleventh best on the stock market. But good wasn’t great, and Welch wanted great. Welch reevaluated the company’s priorities and used a version of the 80/20 rule to take the company to the next level.

Until Welch came along, GE included 350 strategic businesses. Welch looked at all of them and asked himself if they could be number 1 or 2 in the world marketplace. Any that couldn’t were closed or divested. Welch used the money he’d made selling the businesses to invest in the ones that remained. By 1989, there were only 14 businesses left—all of which were first or second in the world marketplace. When Welch retired, GE shares were more than $80. 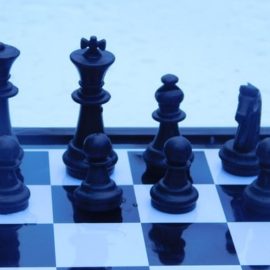