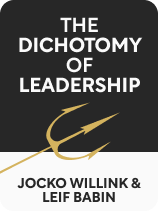 What does it mean to lead courageously? Where is the fine line between courageous and reckless leadership?

Leadership requires striking a balance between action and risk management. In other words, you must find a way to rush toward your goal as ruthlessly as possible while maintaining the presence of mind to guard against careless mistakes. To do so, you need to find the right amount of courage.

Here’s how to embrace courageous leadership while erring on the side of caution.

When in Doubt, Do Something

Willink and Babin recommend building the momentum to achieve your goal as quickly as possible. In most situations, doing anything, even embracing an imperfect solution to a problem, is better than doing nothing. This is because problems often get worse the longer you take to solve them. Proactive action now makes things easier down the road.

The authors explain that doing nothing but waiting around for orders is the opposite of radical accountability. There’s always an action you can take to further the mission. If you don’t have the authority to do something, make a direct recommendation to someone who does.

It’s Possible to Be Too Careful

Courageous leadership requires striking a balance between taking aggressive action and erring on the side of caution. But there’s also such a thing as being too careful.

Willink and Babin point out that if you try to prepare for too many potential dangers, you risk confusing your team (and yourself) with needlessly complicated contingency plans. Additionally, Willink and Babin assert that dedicating too many resources to a plan in case something goes wrong comes with drawbacks.

For example, imagine you have to give a presentation at work. You’re worried that you’ll forget an important point and decide to write down your entire speech on notecards. During the presentation, you struggle to sort through your stack of notes on the spot. By preparing for the worst, you’ve sabotaged yourself.

If you frequently trap yourself in situations like this, you can regain balance by actively deciding to plan less. The authors suggest limiting yourself to planning for three or four of your most likely obstacles, as well as your worst-case scenario.

However, on the other side of the dichotomy, don’t let the pressure to rush forward force you into a fully avoidable catastrophe. Before you make any decision, Willink and Babin advise you to take a moment to weigh its risks versus its rewards. In most cases, there’s a way to take aggressive action without risking disaster. Come up with a plan to get the most done while risking as little as possible.

(Shortform note: In The Black Swan, Nassim Nicholas Taleb argues that instead of measuring your risks by comparing the odds of success with the odds of failure, you should compare the bounds of success with the bounds of failure. In other words, avoid situations where it’s possible to suffer significant losses, even if the odds tell you you’re almost certain to succeed. For example, if you’re traveling to India, you should get vaccinated for typhoid before you go, even if you’ll only be there for a couple of days—there’s a low chance you’ll contract the disease, but it’s worth it to limit the possibility of severe damage.)

According to Willink and Babin, one sign you’re not taking enough time to consider risks is if another team member, especially someone with experience, tells you you’re being reckless. Use this as an opportunity to re-examine your decision-making process. Another time to be particularly cautious is after a victory, when you’re most likely to feel overconfident. In cases like this—whenever you feel more eager than usual to take risks—make it a habit to slow down.

(Shortform note: In Think Like a Rocket Scientist, Ozan Varol agrees that it’s easy to act carelessly without realizing it. Varol argues that one way to combat this is to imagine that you’re perpetually losing, even if you’ve achieved wild success. He cites a study that found basketball teams who were slightly behind at halftime had a greater chance of winning the game—losing made them try harder. Instead of waiting for a teammate to tell you you’re making a mistake or waiting until you’re victorious to slow down, convince yourself that you’re making a mistake right now and look for errors to confirm this belief.)

How to Embrace Courageous Leadership 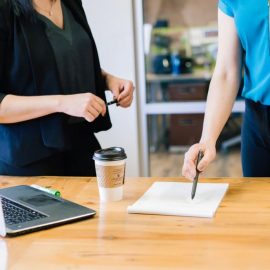 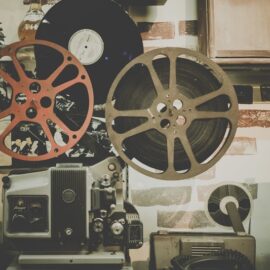 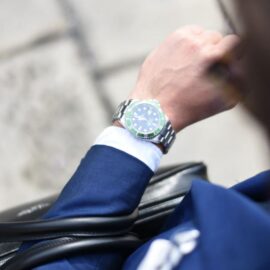 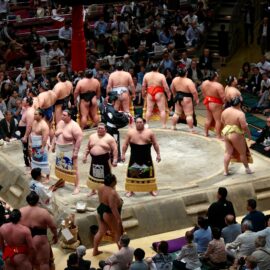 The 5 Ways to Repair Your Business Reputation