Is keeping score in a relationship a healthy thing to do? What happens when the score becomes uneven?

According to John Gray, the author of Men Are From Mars, Women Are From Venus, keeping score in a relationship is not necessarily a bad thing. All couples do it advertently or inadvertently. The problems arise when the score becomes uneven.

Here is what relationship counselor John Gray has to say about keeping score in a relationship.

Keeping Score in a Relationship

In relationships, men and women perform gestures of love for each other in the hopes of earning points from their partner or earning favor. But because men and women are from different planets, their way of keeping score in a relationship is quite different, that is, they award points based on an entirely different set of rules.

Once you understand how your partner awards points, you’ll be able to direct your energy towards the gestures of love that your partner will appreciate the most:

How to Score Points With a Woman

To a woman, every gift or gesture of love, no matter the size, is worth one point. The little things, like taking out the trash or bringing home flowers, are just as important to a woman as the big things, like a new car or a fun vacation. This is not just a woman’s preference—it’s a true emotional need. Every expression of love makes a woman feel cared for, validated, and respected.

Here are some examples of the kind of small gestures you can do every day to keep your female partner’s love needs fulfilled:

These might seem like small gestures, but each one will count as a point to your partner.

Unfortunately, a woman’s way of keeping score in a relationship is directly opposed to how men expect to be scored. Men typically think that a small gesture will be worth a few points and a big gift will be worth a lot of points. As a result, men tend to overlook the small things they could be doing for their partner and focus their energies on one big thing.

Many men have a tendency to overwork as a way to earn love. Often, they strive for more and more success because they think it will earn them the admiration they crave from their partner. By appreciating the little things in life, women have the special ability to show men that they are worthy of love no matter their level of success.

How to Score Points with a Man

To a man, every time a woman shows appreciation or acceptance and makes him feel loved, he awards her a point. A man feels satisfaction when he elicits a loving response from his partner for the things that he’s done. Unlike a woman, his love needs aren’t fulfilled by the actions that his partner does for him. In fact, doing things for his partner is the first step to filling his own love needs. As long as she responds with warm appreciation, he will feel admired and encouraged.

Here are some of the ways that you can show appreciation and acceptance to earn points from your male partner:

These might seem like small gestures, but each one will count as multiple points to your partner. The number of points a man awards is dependent on how vulnerable he is at the time. When a man has made a mistake and feels embarrassed, a woman’s support is worth more points than normal because he needed love more in that moment. If she does not show the support he craves, he will award penalty points.

Unfortunately, many women don’t realize men’s way of keeping score in a relationship. Women typically think that if they do more of the little things for a man, they will earn more points (because this is how they’re used to keeping score). As a result, women tend to do more and more until they start to feel resentful. This creates a vicious cycle in relationships:

When the Score Is Uneven

When it comes to keeping score in a relationship, the goal for both partners is to make it even on both sides. When one or both partners feels the score is uneven, conflicts arise and resentment builds. Generally, the score becomes uneven for one of two reasons:

There are four reasons why men tend to give less in relationships.

When a man has done something that he thinks earns him 50 points (like going to work and paying the bills), he sits back and allows his female partner to earn her 50 points and keep the score even.

The problem: This man doesn’t realize that his partner only gave him one point for going to work. Now, if he expects his partner to earn 50 points, she will feel the score is uneven.

The solution for men: Remember how women score points, and do your best to keep your partner satisfied with lots of little expressions of love.

The solution for women: Remember that men do not automatically value the little things. Do not wait until you feel the score is uneven to ask for support.

A woman will give as much as she can to her partner, as a way to show her love. She doesn’t even notice that she has received less until she is completely tired out from giving.

The problem: Because a man values fairness, he doesn’t realize that a woman could be giving even though she has a higher score than he does. He assumes that if she is happily giving, then he must have more points.

The solution for men: Remember that women don’t keep score until they’re spent. Just because your woman seems happy to give to you, doesn’t mean you have more points than she does.

The solution for women: Remember that when you give to your partner, he will assume the score is even. Don’t be afraid to gracefully stop doing more until your partner has resumed doing the little things.

3. Men Wait to be Asked to Give

Because a man values autonomy, he won’t ask for help unless he really needs it. He thinks his partner wants the same—he assumes that he should not offer help until his partner asks him to.

The problem: A woman instinctively gives as a way to show her love. So when her partner doesn’t offer to help her, she assumes it’s because he doesn’t love her. She might test him to see how long it will take for him to offer his help. But he’s waiting for her to ask.

The solution for men: Remember that your partner wants you to offer your help without being prompted. Practice offering support in little ways, even if it goes against your instincts.

The solution for women: Remember that your partner might not know how to help you if you don’t ask. Practice asking for what you need before the score is too uneven.

When a man feels unloved, he gives his partner penalty points or subtracts from her score. (For example, if a man makes a mistake and his partner lectures him instead of being accepting, the man might subtract 20 points from her score.) Then he might feel as though he has more points than she does. But because she is from Venus, she doesn’t know about penalty points and doesn’t realize that he feels the score is uneven. This is a lot like when women become resentful about giving too much.

The problem: Penalty points are unfair and toxic in relationships. When a man subtracts all the support his partner has given, he becomes unmotivated and ungenerous. This lack of motivation will make a man passive, and his partner will feel unloved and undervalued.

The solution for men: Remember that penalty points are destructive. When you feel unloved, try to recognize everything your partner has done for you. Don’t punish her. Instead, let her know that you’re hurt and give her the chance to apologize.

Keeping Score With Defensive Penalty Points in a Relationship

When a man makes a mistake and his partner becomes upset, a man will often get defensive. Instead of apologizing for his mistake, he will become angry at his partner for being upset with him and subtract points from her.

A man in this negative state is like a tornado. As a woman, you should just lie low and let it pass. Remember, your man will give back the points he took away as soon as he feels loved again.

Keeping Score in a Relationship: Is It Healthy?

How to Reduce Brain Fog and Maintain Clear Thinking 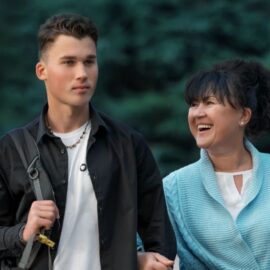