Who does Julia Roberts play in Eat Pray Love? Who is her character based on?

Julia Roberts in Eat Pray Love plays Elizabeth Gilbert, author of the 2006 memoir of the same name. In the movie, Julia Roberts portrays Gilbert’s journey across the globe in search of happiness.

Read more about Julia Roberts, Eat Pray Love and how Elizabeth Gilbert found a new version of her self.

Gilbert’s older sister came to Rome shortly after the interaction with David. Whatever sadness remained vanished in the whirlwind of her sister, Catherine. Gilbert and her sister were very different. Where Gilbert was a loose planner, Catherine was precise. She brought 5 guidebooks, all of which she’d read and memorized before arriving. Gilbert had embraced Rome from a wanderer’s perspective, but Catherine embraced it like an organized tour guide.

As they toured the city, Catherine explained the history of the buildings and the different architectural periods. Gilbert saw all the churches and tourist sites she’d neglected and learned more about how this beautiful city came to be.

This visit was a bit of a milestone for the sisters. They’d grown up isolated on their parents’ tree farm, but they weren’t always close. Gilbert was always intimidated by her sister. In fact, the first time she ever stood up to Catherine was when she was 28 years old. There was also an undertone of resentment in their relationship. Gilbert had been everyone’s favorite, and except for relationships, life had been relatively easy for her. Catherine was smart, athletic, and fearless, but she’d had less luck in life than Gilbert and had worked hard for everything she had.

Gilbert and her sister had just reconnected and started building a relationship again when Gilbert separated from her husband. Catherine could have rubbed Gilbert’s nose in her failure. Catherine was married and a mother. But she didn’t. Instead, Catherine was there for every phone call and helped her through her depression. Before Gilbert left for Italy, they spoke on the phone daily. And when it was time for Catherine to go home, they made sure to tell each other how much they loved one another—a ritual they did before either got on a plane… just in case.

After Catherine’s visit, Gilbert was struck by the irony of how their lives had worked out. Gilbert was always the social one with relationships, and Catherine was independent and self-sufficient. But they’d ended up swapping lives. Catherine’s visit also made Gilbert wonder about the role of children in her life.

Gilbert didn’t know if wanting your own life was selfish or not. But her desire to have one was a major issue in her marriage. Her husband made her feel selfish for wanting to work and travel. He often accused her in a way that suggested she was a bad mother of children that didn’t exist.

The guilt she took from those conversations was heightened one night when they attended an art opening of a friend who’d had a baby. Gilbert watched the woman try to balance hosting a party, speaking professionally about her work, and tending to a baby all at once. Where others may have seen a superwoman and envied her, Gilbert went into a panic. She knew this would be her life if she had a child. At that moment, she knew she didn’t want that life.

Gilbert wondered who she would be without children. The flake? The batty spinster aunt? How would her success as a human be measured if she didn’t leave generations of offspring behind? Her life was unstable and she had no plans beyond traveling for another 9 months. She would eventually have to decide. But she found comfort in her writing and the fact that today was not that day.

Julia Robert in Eat Pray Love portrayed Liz’s life and spiritual awakening. Much of this took place at the ashram in India.

The day after Gilbert’s arrival was New Year’s Eve, an auspicious moment for a spiritual awakening. The residents gathered in the courtyard and prepared for the ceremony. The Indian women were dressed in bright silk saris and jewelry. Everyone sat on the ground, and the chanting began. They would chant until midnight, when the new year began.

Gilbert struggled with the word “chanting,” again influenced by her New England discomfort with the metaphysical. But she loved the practice, and the chanting at the Ashram was more like singing. To chant was to meditate. You gave your attention to the song’s progression and blended your voice into one with the others.

The long days of traveling were hard on Gilbert, and she feared she was too jet-lagged to stay up until the new year. But as the chanting began—a lullaby of gratitude and devotion—she found energy in holding the words passed from the leaders and mirroring them back. Before she knew it, there were only 30 minutes left before midnight. The beat picked up, and people started to clap and dance. The rhythm of the drums increased, and Gilbert began to feel like they were collectively pulling the new year toward them.

The energy heightened, and suddenly the time passed from 2003 to 2004. Whatever the year contained was not known, but they were all underneath the power of it in that moment together. Gilbert was without anyone she knew or loved that night, but she felt anything but alone

A Brief Introduction to Yoga and the Ashram

Julia Roberts in Eat Pray Love had many opportunities to show Liz’s life at the Ashram. Here are some key scenes:

For Gilbert and the other worshippers, the practice of Yoga was not about exercise—the Hatha Yoga that so many in the West practice. The practice was about finding union between mind and body and preparing the body for the long periods of meditation. Through meditation, a union between the individual and God could be formed.

True followers believe that each person has a supreme Self in which your true identity and divinity exist. Through Yoga, the attention is focused on finding this divine Self and becoming content in the world.

Finding this Self is an easier task than having the discipline to live as that Self for eternity. This is why people seek out Gurus. The word Guru is created through two Sanskrit syllables that translate to “darkness” and “light.” The Guru shows their worshippers the way out of the dark and into the light. They also pass their state of enlightenment to their students. You don’t have to actually be in the presence of a Guru to receive these teachings and grace. By visiting the Ashram and being disciplined in your practice, you can communicate through meditation.

There is also the belief that if you put the call out for a Guru in your life, the universe will conspire to bring you one. For Gilbert, she put the call out for a spiritual guide that night on the bathroom floor. A month later, she saw the picture of her Guru at David’s house and felt a connection. Her Western mentality sometimes made her feel silly using a term like Guru, but she knew that she asked for guidance and it showed up. This was enough for her to believe, regardless of what anyone else thought.

Residence at the Ashram was based on an application and strict rules governing who could come and when. The Ashram was closed to the public except for one temple. The property sat far in the country among small impoverished villages. The workers were mostly residents, and each resident was expected to contribute five hours of labor a day. Entry required evidence of previous disciplined study of Yoga, and students were required to stay at least a month. Gilbert would stay for six weeks and then travel.

Each student had to submit an essay, references, and statements regarding their mental, physical, and financial health. The Ashram was not a place for people to escape from their problems at home. The Guru wanted the students to be free of barriers to enlightenment, and any type of suffering or family disapproval could disrupt their practice and that of others.

Another caveat was that students were requested to postpone their visit if they’d experienced a serious emotional trauma within the previous 6 months. Gilbert was grateful for her time in Italy because it helped her heal from the grief of her divorce. She knew if she had come straight here, she would’ve been an emotional burden on the community.

The physical and emotional work at the Ashram was difficult. The rigorous way of life was meant to help the students learn who they really were inside. 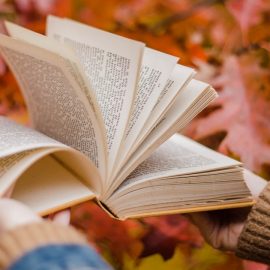 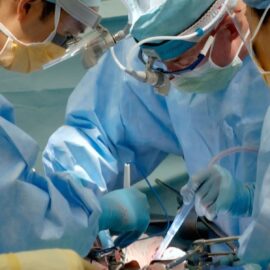 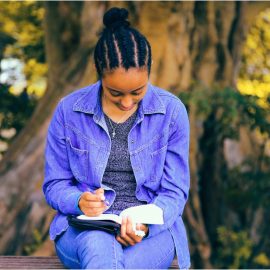