Who was John Glenn in Hidden Figures? What did John Glenn, Katherine Johnson, and the other human computers have to do with space travel?

John Glenn, Katherine Johnson, and their team, called the Space Task Group, helped launch Glenn into space, making him the first man to orbit the Earth.

Sputnik and the Focus on Space Flight

The launch of the Russian vessel Sputnik brought major changes to the women of West Computing. There was less of a need for general computing skills and a greater demand for mathematicians with specialized knowledge. As such, West Computing was shuttered and its employees reassigned to smaller groups organized around specific tasks.

Katherine also gained a more prominent role in the space program as she became attached to the Flight Research Division, working closely with an engineering group called the Pilotless Aircraft Research Division (PARD), which specialized in rocketry. Katherine was integral to the publication of technical reports that enabled the space program to put astronauts into orbit. She overcame a great deal of institutional sexism, but she proved her value to the program with her obvious brilliance, competence, and passion for the mission. John Glenn and Katherine Johnson later worked together.

NASA assembled a brain trust at Langley, called the Space Task Group. This was a semi-autonomous working group, composed mainly of engineers from Flight Research and PARD. Their mission, codenamed Project Mercury, was to launch a manned craft into orbit, research the effect of space travel on humans, and ensure safe reentry to Earth of both the astronaut and the spacecraft. John Glenn, Katherine Johnson, and others all later became essential to achieving these goals.

Katherine’s workspace was abuzz with talk of space. NASA’s top engineers from Flight Research and PARD were discussing orbital mechanics, rocket propulsion, reentry, solar system physics, and trajectories. Katherine hung on every word of these discussions, angling for every opportunity she could get to hear even snippets of conversation. She yearned to be part of these meetings and conversations and knew that she had valuable skills to offer. John Glenn’s Hidden Figures role had yet to be determined; the mission has just begun, and they don’t yet have an astronaut.

Langley presented engineers with a grueling research review process. To get a technical report published, an engineer needed to present it at an editorial meeting, during which a committee of subject matter experts would review and scrutinize every detail of the report while grilling the researcher on the soundness of the information within it. The committee was thorough (and often quite harsh) in rooting out inconsistencies and poorly reasoned conclusions. The whole process could take months, even years. John Glenn, Katherine Johnson, and their team might not reach space for years.

Amongst other problems was the issue of selecting an astronaut. Candidates needed to be small enough to fit inside the small cabin of the capsule: only men under five feet eleven inches and under 180 pounds were to be considered. After screening candidates for the appropriate physical, age, education, and background credentials, NASA unveiled the “Mercury Seven” at a 1959 press conference. Their training facility was established at Langley, adjacent to the Space Task Group. Katherine had the opportunity to meet and rub shoulders with this elite cadre, who had suddenly become some of the most famous people in the world. John Glenn and Katherine Johnson would later work together when he was selected as the astronaut.

But Katherine, as ever, was undaunted by the task. She had proven herself an incomparable mathematician and a quick study with the higher-level conceptual work. She was straightforward with her bosses, telling them, “Tell me where you want the man to land, and I’ll tell you where to send him up.” For John Glenn, Katherine Johnson became a source of security.

The man whom Katherine and her group would be launching into orbit was a name that would become known to history—John Glenn. The logistical hurdles of launching and returning a satellite were complicated enough. Doing so with a human being inside made it vastly more challenging. The extreme temperatures and radiation could be extremely dangerous for Glenn. Moreover, the NASA leadership knew that his death during the mission would be a public relations nightmare for the agency and for the United States as it sought to gain the upper hand in the Cold War. John Glenn and Katherine Johnson had a difficult task ahead of them.

The pressure was on, as the Soviets beat the Americans to the punch once again when cosmonaut Gherman Titov completed a seventeen-orbit flight in October 1961. With Gagarin’s successful orbital flight earlier that year, the Russians now had two to the Americans’ zero. With the press hounding NASA for progress updates, the agency announced February 20, 1962 as the date of his launch into orbit.

Through the mission preparation, astronauts like Glenn forged close relationships with human computers like Katherine Johnson. As former navy pilots, the astronauts were accustomed to having constant and complete control over their craft. They were distrustful of the onboard electronic computers that would be determining their fate, as they would have little to no control over these functions. But they could and did trust the human computers. To the astronauts, these number-crunching women were the equivalent of test pilots, ensuring the soundness and reliability of their craft before they stepped into it. As Glenn always said, “Get the girl to check the numbers.” For John Glenn, Katherine Johnson and her fellow computers were part of what made space travel possible.

Although they were rarely featured in the televised broadcasts of the mission control center during John Glenn’s historic journey, NASA’s black employees had made immeasurable contributions to America’s space program. They had been the ones calculating the numbers, writing reports, and sparking the nation’s dream of space travel, right alongside their white colleagues. On February 20, at 9:47 Eastern Standard Time, the Friendship 7 rocket carrying John Glenn shot into orbit. After nearly four hours in flight, he returned to the bounds of Earth, with a near-perfect landing—calculated with precision for John Glenn by Katherine Johnson. When the navy scooped Glenn out of the waters while a jubilant nation looked on, few watching on television knew that a black female mathematician from West Virginia had mapped the journey of America’s rendezvous with destiny. John Glenn’s Hidden Figures role became history. 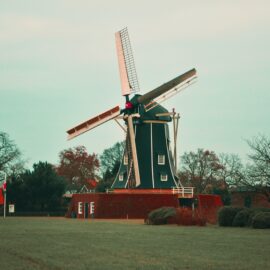 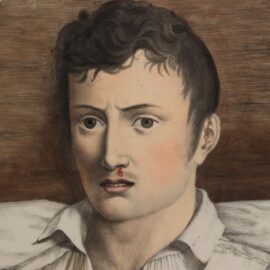 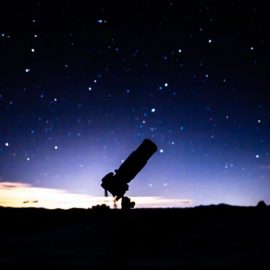