Do you have job autonomy? If not, what’s the best way to acquire it?

Job autonomy is the ability to control what you work on and how you work, including schedule and office space. It’s one of the traits that make a job desirable. The best way to have autonomy is to develop skills that make you invaluable. First, it’s helpful to know how important workplace autonomy is—and when it’s the right time to go for it.

Read more to learn how and when to secure job autonomy.

Rule #3: Cash in Your Skills for Job Autonomy

Now that you’ve developed your scarce and prized skills, you can start cashing them in for the scarce and prized traits that make a job desirable. In Rule #3, we’ll look at the desirable trait of workplace autonomy. We’ll also look at two autonomy pitfalls and how to avoid them.

The Importance of Job Autonomy

Autonomy is the ability to control what you work on and how you work, including, among other things, your schedule, responsibilities, and office space. Workplace autonomy is such an important determiner of happiness that the author calls it the “dream-job elixir.” Most common dream jobs include autonomy—for example, many people want to own a farm not only to get away from screens and escape their cubicles, but also because the country lifestyle offers so much autonomy.

People who have autonomy in their workplace tend to be happier and more productive. There are several examples that demonstrate this:

When trying to cash in your career capital for job autonomy—for example, by asking your manager if you can change your hours—there are two possible pitfalls:

As we learned in Rule #2, you need to develop career capital before you can buy job autonomy. If you attempt to seize autonomy before you’ve earned it, it won’t last because you won’t make money—if you prematurely demand autonomy from your boss, you’ll either be denied the request or fired. If you choose to start your own business, you won’t be able to find clients because you have no experience. Either way, you’ll shortly have to take on a non-autonomous job in order to support yourself.

For example, many followers of the lifestyle-design movement—a movement to break free of the rat race and live life on your own terms—fall into this trap. They think all they need to succeed is the courage to quit their day jobs and forget about the necessity of career capital. One young professional the author encountered quit his day job to write a blog about how blogging funded his lifestyle. However, his blog wasn’t actually making him any money, so his content was weak and his only piece of career capital was enthusiasm. Enthusiasm isn’t scarce and prized and wasn’t enough to buy him workplace autonomy. Few people read his blog and he eventually gave up posting.

(Shortform note: Read our summary of Tim Ferriss’s The 4-Hour Workweek for more on lifestyle design.)

The first step to buying job autonomy is acquiring enough career capital to pay for it. However, once you have this career capital, you become so valuable to your employer that they don’t want to give you any autonomy for fear of losing you and your skills. Job autonomy might make you happy, but it doesn’t do anything for your employer. It’s typically in your employer’s best interest to keep you working for them as many hours as possible, on their terms.

Therefore, as you gain career capital, anticipate that your employer will resist your bids for autonomy. They’ll offer you more money or status to try to keep you, but if you want autonomy, you’ll have to turn them down. Additionally, you may encounter resistance from your friends and family, because they think it’s a bad idea to turn down raises or promotions.

For example, Lulu Young started developing her career capital by earning a degree in math. She then took an entry-level job as a software tester. She figured out a way to automate the testing, which saved the company money, and she was promoted. Only at this point, after acquiring capital, did Lulu make a small bid for autonomy—she asked to reduce her working hours so she could go back to school part-time. Her employers didn’t want her to work fewer hours—they wanted her to spend as much time using her skills to help them as possible—but she was so valuable they had to agree because they didn’t want to lose her.

Lulu also encountered resistance outside the workplace. Later in her career, when the company she was working for shut down, Lulu received several job offers, one of which was a huge promotion. Lulu had just bought a house and everyone expected her to take the job, but she took a different job that offered her more workplace autonomy. Her friends and family thought she was “nuts,” but she pushed past this resistance and eventually ended up as a freelancer with full autonomy.

While courage culture can lead you into Pitfall #1, courage is required for avoiding this second pitfall. You’ll need to be brave to overcome the resistance you encounter. The trick is knowing when to apply this courage, which we’ll discuss in the next section.

How to Decide When to Bid for Job Autonomy: The Law of Payment

To decide when to use courage and seek workplace autonomy, you can take a simple test called the law of payment. The law states that you should only choose to do something that will give you more autonomy if you have evidence that people will pay you to do it. “Pay” refers to the classic case of a customer giving you money, or to getting a job, loan, or outside investment. If someone is willing to pay you to do something, this shows that your skills are valuable.

For example, entrepreneur Derek Sivers, who came up with the idea behind the law of payment, only took on projects after he had evidence that someone would pay him to complete them. He became a full-time musician only after music was making him more money than his day job. He started a company that sold CDs only after he knew enough people to be confident he’d have lots of clients.

Jane did well in school but didn’t want to follow the traditional path of going straight from college to a steady, full-time job. She wanted to have adventures ranging from traveling the world to learning to breathe fire to starting a non-profit, all of which required workplace autonomy.

Jane planned to create this lifestyle by building low-maintenance websites that would passively earn her money. Without considering the law of payment—which would have told her that passive-income websites aren’t very viable—she dropped out of college to work on her websites and other moneymaking ideas.

In addition to ignoring the law of payment, Jane also didn’t take into account her lack of career capital. She didn’t have experience with websites or working freelance, and she hadn’t finished college.

In theory, Jane’s choices gave her autonomy, but the autonomy wasn’t real—since her business ideas didn’t make her enough money to eat, she wasn’t free to do whatever she liked.

Ryan, the owner of a farm, was successful in his bid for job autonomy because unlike Jane, he acquired career capital before embarking on autonomous projects, and he considered the law of payment.

Ryan first became involved with gardening in middle school, when he came up with a variety of ideas for making money. The most lucrative was picking blueberries and selling them by the side of the road. He wasn’t particularly passionate about gardening, but it made money, so he branched out to selling produce from his parents’ garden.

In high school, Ryan rented land from a farmer, bought a tractor, and started selling at farmer’s markets. Then, he studied at the agriculture college at Cornell University. When Ryan decided it was time to buy land and start farming full time, he had almost ten years’ worth of career capital in the form of gardening experience, entrepreneurship, and a college diploma in horticulture.

Ryan needed a loan to buy the land, so he had to go through a formal version of the law of payment by submitting a viable business plan to the Massachusetts Farm Services Agency. The agency only approves people they think will be able to pay back the loan, so when Ryan was approved, he knew that someone thought he was going to make money.

His farm was very successful—so many people wanted to buy produce from him that he had to turn people away.

As the author was wrapping up graduate school, he received two professorship offers. One was with Georgetown University, which had only recently developed a computer science graduate program. The other was from a well-known university with a well-established program.

Georgetown University offered far more job autonomy—since the program was just starting out, the author would have a chance to influence its development. He would also have more freedom to choose an up-and-coming specialty. (At established universities, it’s safer to choose popular specialties so that there are people who can endorse your knowledge—if no one can validate you, you’re in perpetual danger of losing your job.)

If the author went to the well-known university, he’d be falling into the second autonomy pitfall—giving up autonomy for status. He assessed if choosing Georgetown was falling into the first pitfall by considering the law of payment. He was confident that he had the career capital to cash in for autonomy because Georgetown was going to pay him a good salary and offer support for his research. He accepted the job.

Radical Candor: Meaning and How to Use it

How to Make Exercise a Habit You Can Stick to 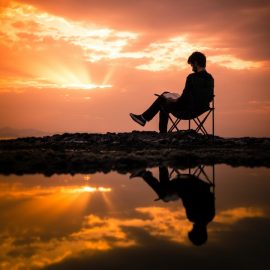