Who was Jim McConaughey? What was his relationship like with his son, Matthew McConaughey?

Read more about Jim McConaughey below.

Jim McConaughey and Rites of Passage Into Manhood

Jim McConaughey valued rites of passage, and he saw that each of his boys received one. For example, when Mike was 22, Jim picked a physical fight and wouldn’t stop coming at him until Mike finally knocked him out with a 2 x 4. When Jim regained consciousness, he expressed heartfelt pride for his son and viewed him as an equal from then on.

Matthew’s first chance at a rite of passage arrived during his senior year of high school, and it didn’t end well. One night he came home at midnight, having skipped out on the bill with a friend at the local Pizza Hut, and found Jim waiting up. Jim McConaughey had spoken by phone with the father of Matthew’s friend, and now he confronted Matthew and demanded to know if it was true that he had stolen a pizza. Shocked and flustered, Matthew denied it.

He knew his father just wanted him to own up to it. In McConaughey family logic, the one thing worse than getting caught in some bit of misbehavior was lying about it. Jim himself had stolen a pizza or two in his lifetime, and Matthew knew that he only needed to admit the truth to his father, which would earn him some yelling and maybe a few lashes from a belt, but nothing more. In fact, it would earn him respect.

But instead of coming clean, for reasons he couldn’t fathom within himself, he doubled down on the lie. The result was predictable. Jim sprang at him and backhanded him across the face, knocking him down. Matthew panicked, cried, wet his pants, and crawled into a corner as Jim continued to rage at him.

Ever since that night, he has regretted his failure to fulfill his passage to manhood that night. He had always been more his mother’s son than his father’s, and that night was his first chance to become Jim’s son as well, to become a man. But he failed the test.

Fortunately, Matthew’s chance came around again a year after he graduated from high school. He and his father stopped for a drink at a pool hall, and as they were leaving, the bouncer asked Jim if he had paid his bill. He put his hand on Jim’s chest to stop him, and Matthew, seeing another man put a hand on his father, exploded in fury. He leaped on the bouncer and beat him savagely. He was so enraged that Jim finally had to pull him off the man.

That night, Jim called all of his buddies and proudly announced what had happened. He told them they didn’t have to worry about Matthew anymore because Matthew was going to be alright. The youngest son had proved himself. From that night on, Matthew was no longer a child but one of the men. This passage to manhood was a greenlight.

Death of a Father

Five days into shooting his scenes in Dazed and Confused, Matthew received a call from his mother to inform him that his father had died. Jim had suffered a heart attack after making love to Kay. Matthew left Austin and drove back to Houston for an Irish wake.

As he grappled with the inevitability of this loss, he began to realize that this was his most important rite of passage to manhood. The impact of Jim’s death filled him with a sense of adult responsibility and increased involvement in his own life. Formerly, he had always been playing at life to some extent, like a child. Now it was time to really live it as a man, to be less impressed with himself and more involved in his future.

Four days after Jim’s wake, Matthew returned to finish his work on Dazed and Confused. When he got there, Linklater gave him some dialogue in a scene where Wooderson wasn’t originally supposed to speak. Wooderson’s advice to another character in that scene to just “keep livin.” was Matthew’s own creation. He based it on what he told Linklater before shooting: that he felt he could keep Jim McConaughey’s spirit alive forever by living as Jim had taught his sons to do. 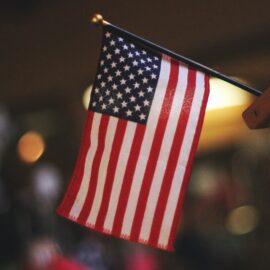