What is JD Vance’s sister Lindsay Vance like in Hillbilly Elegy? How do she and Vance cope with an abusive mother and a town that prizes violence and devalues education?

Hillbilly Elegy sets out to explore the struggles of the rural white working class in 21st-century America through the personal story of its author, JD Vance. Learn how JD Vance and his sister Lindsay Vance overcome the odds and achieve lives of success and respectability outside of the hillbilly culture from which they came—but at a heavy personal cost, and with many struggles along the way.

JD was born in 1987 in Middletown, Ohio, to a family of transplanted Kentucky hillbillies. His mother, Bev, would struggle with substance abuse issues for most of his childhood and adolescence, inflicting severe emotional trauma on him and his older sister, Lindsay. On one occasion, she pulled over the car while she was driving him and threatened to severely beat him—until he escaped to a nearby house and had her arrested. On another occasion, her drug addiction spiraled so far out of control that she forced her teenage son to provide a clean urine sample so she could pass a drug test.

JD’s mother had once been a promising student and seemed on track to rise up from the poverty and abuse that had surrounded her as a child. Unfortunately, she fell into the same cycle of dysfunctional that she had learned from her parents. She married her high school boyfriend and quickly found her life beset by the drama, fighting, and violence that had so defined her parents’ marriage.

There was a long series of father-figures who would come and go from JD’s life, a product of his mother’s inability to form stable relationships and her extreme willingness to jump into living arrangements with men she barely knew—a pattern of tumult and instability that would become a constant source of pain and anxiety for JD and JD Vance’s sister Lindsay Vance.

As an adult, JD doesn’t point to the domestic abuse itself as the most harrowing aspect of living with his mother and Bob. Instead, it was the uncertainty that was the most unnerving. He could never be sure what might trigger a knock-down, drag-out brawl. Even seemingly innocuous events—a wrong word here, a mild childhood transgression there—could provoke a plate being smashed or a door being kicked in.

As JD sadly reminisces, however, his domestic situation was hardly exceptional. These behaviors were quite normal and widespread in his community. After a while, seeing families hurl barbed insults at one another and engage in acts of physical violence ceased to be shocking: it was simply a part of life for JD, JD Vance’s sister, and their friends. He came to believe that this was just the way that adults treated one another.

This social context encouraged—in fact, demanded—that a young man like JD enforce and uphold hillbilly justice himself. Loyalty to family, upholding one’s honor, and demonstrating toughness were the core values of this “justice” system.

The social expectation was that young men should resort to violence to avenge any insult towards the family, whether the insult was intended or not. When JD Vance’s sister Lindsay was dumped by her boyfriend, custom demanded that JD brawl with her ex to maintain the family’s dignity. Even though he proceeded to lose the fight (badly), he was rewarded for his display of violence by Mamaw, who told him that he had done the correct and honorable thing.

Although her marriage with Bob was loveless and marked by verbal and physical abuse, its deterioration clearly took a powerful emotional toll on her already-fragile and unstable psyche.

Bev began to turn to drugs and alcohol, and started having numerous affairs with strange men who would suddenly appear and then disappear from JD’s life. As a result, JD and JD Vance’s sister grew having no idea of how a man ought to treat his family and without any true father figure at all.

Soon, Bev’s behavior began to take a turn for the worse. The kids got a full view of the extent of their mother’s dysfunction, as she would stay out all night with new friends that JD and JD Vance’s sister Lindsay had never met before. She would also subject them to extreme emotional outbursts and episodes of physical violence. She was transformed into a person completely unable and unwilling to conform to the basic norms and standards of adult behavior. Eventually, she had to go to rehab in Cincinnati, where JD and his JD Vance’s sister Lindsay Vancewould visit her on weekends. These visits showed JD the true horrors of American addiction, but they also gave him key insights into why his mom was the way she was. For example, she revealed to him that she had turned to drugs to escape her financial stress and to cope with the loss of her father.

The family therapy sessions at the treatment center also brought to light resentments and wounds that had been long-simmering between Bev and her children. One weekend, Lindsay Vance confronted her mother about how much she hated watching her little brother (JD) get attached to one of Bev’s boyfriends, only for the boyfriend to suddenly disappear from JD’s life.

Once Bev was discharged, her pattern of erratic and unstable relationships quickly resurfaced. She took up with a constant parade of new men, and JD was forced to change homes frequently. What was most painful was the instability and tumult: he was always surrounded by strangers, always in a new place, and cut off from everyone he knew and loved.

Thankfully, he was able to remain in school in Middletown and was able to visit Mamaw and his sister and her husband whenever he wanted. This provided him some measure of stability. But his mother’s romantic life was increasingly chaotic, even by her standards. JD and Bev ended up moving in with a man she’d gone on a date with just a week before!

As adults, people replicate the instability they themselves witnessed as children. Thus, JD’s mother descended from being a salutatorian of her high school to the multiple marriages and drug addiction of her adulthood. Even people like JD Vance’s sister Lindsay, his cousin Gail, and his Aunt Wee, all of whom managed to achieve stability, struggled through periods of dysfunctional relationships.

In Where the Crawdads Sing, Kya Changes Her Life 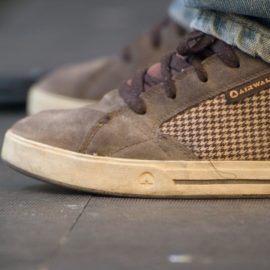