Can you build a time machine? Is time travel theoretically possible?

Writers of science fiction have long contemplated the idea of a time machine: a device that allows you to travel forward or backward in time to any point in history or the future. Stephen Hawking asserts that this possibility will probably always be relegated to the realm of fiction, based on his analysis of relevant scientific theories. His analysis focuses on two possibilities: moving backwards through time directly, or passing through a “wormhole” in spacetime that connects the present to the past.

Read more to learn about the concept of time travel, as presented by Hawking.

The Possibility of Time Travel

Is time travel theoretically possible? Hawking begins his analysis of time travel by observing that time is reversible in all the laws and theories of physics. The math would be just as valid if time was running backwards as it is when time is running forwards. And yet, you never observe time running backwards (except in a certain interpretation of quantum fluctuations, which we’ll discuss later). To explain why we perceive time moving forwards and not backwards, Hawking first provides three ways to define the direction of time and shows how they relate to each other. This sets the stage for his assessment of the possibility of backwards time travel based on relativity and quantum mechanics.

(Shortform note: Reverse time simulations are widely used in some fields, such as forensic science. For example, if you know where each of the vehicles involved in a traffic accident ended up after the collision (and if you have enough information about physical parameters like coefficients of friction), you can use the laws of physics to extrapolate backwards in time and reconstruct the collision. Investigators sometimes use reverse-time computer simulations like this to aid in determining who was at fault in the accident.)

However, he also points out that, based on the theory of relativity, nothing can travel faster than light. This is because mass is also related to speed, so that it takes an infinite amount of energy to accelerate anything that has mass to the speed of light, let alone beyond it (as we discussed in Question 1). Since all people and machines are made of matter that has mass, this precludes going back in time by exceeding the speed of light.

Hawking asserts that, according to the theory of quantum mechanics, it is possible for microscopic particles to travel backwards through time. This is because, in quantum mechanics, a particle moving forward through space and time is mathematically equivalent to its corresponding antiparticle moving in the opposite direction through space and time.

He explains how this principle provides an alternate way to visualize quantum fluctuations. Instead of picturing a quantum fluctuation as a particle-antiparticle pair that spontaneously appears for an instant before the particle and its antiparticle come back together and annihilate one another, you can think of it as a single particle moving in a closed loop through spacetime. For half of the loop, the particle is moving forward in time, and for the other half it is moving backwards in time. The backward part of the loop is equivalent to the anti-particle moving forward to collide with the particle.

However, as we’ve discussed, Hawking also points out that quantum mechanics only accurately describes the behavior of very small particles, so the possibility of backwards time travel for quantum particles doesn’t seem to apply to people or macroscopic objects.

Hawking reports that in 1935, Albert Einstein and Nathan Rosen showed that the theory of general relativity predicts that it’s possible for a bridge to form between warped regions of spacetime, potentially creating an alternate pathway between points in time and space. Initially, these hypothetical pathways were called “Einstein-Rosen Bridges,” but have since been renamed “wormholes.”

According to Hawking, wormholes might be your best bet for traveling back in time, because, hypothetically, you could travel forward in time as you go through the wormhole, but arrive at a point in the past when you come out the other end. However, he cautions that this possibility is still extremely unlikely in practice.

For one thing, Hawking asserts that general relativity predicts wormholes would be extremely unstable. If any mass (such as a person or a vehicle) entered the wormhole, its gravity would affect the curvature of spacetime enough to cause the wormhole to collapse. So even if you could find a wormhole to the past, if you tried to go through it, chances are that neither you nor the wormhole would survive.

(Shortform note: There are ongoing hypothetical studies of wormhole stability. Recently, one team showed that, in their model, it would be possible for tiny particles like photons and electrons to pass through a microscopic wormhole without causing it to collapse. However, their model itself is still under development and has yet to be tested against observations of the real world. Their model combines elements of quantum mechanics, general relativity, and classical electrodynamics.)

For another thing, Hawking explains that wormholes require spacetime to have concave curvature.

(Shortform note: Hawking doesn’t explain why wormholes require spacetime to be concave, but we infer that it’s just a matter of geometry. Think of a physical tunnel. The walls have to be concave for there to be space inside the tunnel. Presumably it works the same with wormholes, except that spacetime itself is curved.)

(Shortform note: The reason convex curvature corresponds to positive energy density is that, according to the theory of relativity, mass is interchangeable with energy, as expressed in the famous equation E=mc2. This means that mass is basically a form of energy, and therefore, the presence of mass implies the presence of energy.)

Hawking notes that negative energy fields are possible in quantum mechanics, provided they are balanced out by positive energy fields. However, he adds the caveat that it’s hard to say whether this principle would apply to the kind of fields that warp spacetime on a large scale, because there is not yet a quantum theory of gravity.

(Shortform note: Recall that, according to general relativity, gravity is the curvature of space, so you would need a quantum theory of gravity to determine if quantum energy fields could produce the right kind of spatial curvature.) 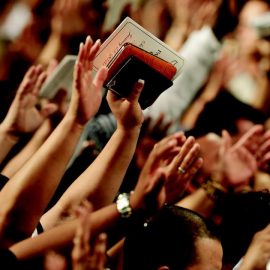