Read more about invisible whiteness the structural privileges that come with it.

The belief in individualism is a central part of American ideology and part of why there’s invisible whiteness. It is the belief that individuals have full agency to shape the outcomes in their lives. According to individualism, no one faces any barriers on the way to achievement that are not of their own making. Factors such as where you were born, who your parents were, or the color of your skin are simply irrelevant.

Individualism is a comforting and validating belief—for white people, who sit atop the nation’s economic and political power structures. It tells them that their success and advantages in life are entirely the result of their own hard work, intelligence, and initiative. Individualism, therefore, supports the belief that society is fair and organized as a meritocracy.

But this belief in pure meritocracy is a myth. White people are overrepresented in positions of power largely due to their status as beneficiaries of institutional racism. This system provides them with wealth, educational opportunities, access, and social capital that people of color simply do not have. Even seemingly race-neutral job qualifications like an advanced degree are a marker of white privilege because of the inherent resources required to even obtain such a degree—resources that black people are far less likely to have.

By its very nature, a belief in individualism renders one incapable of acknowledging the structural power disparities within society that lead to inequitable outcomes for different groups. In this way, individualism supports and bolsters the existing racial hierarchy.

People of color, of course, are never afforded the comforting luxury of individualism. Their identity is always seen (be it by educators, lawmakers, employers, or the criminal justice system) as being shaped by their membership in a group.

No One Is Objective

White beliefs in objectivity are closely related to the myth of individualism. Because white people believe that they are unique individuals unshaped by history or society, they also come to believe that their views of the world are entirely objective.

This follows naturally from individualism. If you don’t believe you’re conditioned by society or any other external forces, you can’t accept the reality of your own biases.

But the belief in objectivity is also a myth. White people, like all people, are molded by the beliefs and ideologies of the society in which they live. And white people in the United States live in a society that explicitly places people who look like them at the seats of power.

White beliefs about individualism and objectivity are central to white racial identity itself. They enable white people to see “race” as an attribute that only non-white “others” possess. White people unconsciously perceive whiteness as “normal” or “standard,” or simply lacking in race at all. In this conception of race, being white is synonymous with being American.

Read more about invisible whiteness the structural privileges that come with it. 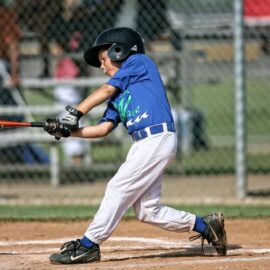