Do you want to know how to have a better orgasm? What can women and their partners do to improve their orgasm?

For women that want to know how to have a better orgasm, it helps to understand the science behind it. The 4-Hour Body includes some tips for women and their partners to explore.

Keep reading for tips for women on how to have a better orgasm.

First, we’ll look at achieving orgasms outside of sex—women need focus to reach orgasm, and sometimes there’s so much going on during sex that they become distracted. Later, we’ll look at how to achieve orgasm during sex.

How to Have Better Orgasms in Isolation

The author covers two ways to practice orgasm without sex: self-exploration, and a partner-based technique developed by OneTaste, a sex research business.

Recommendation #1: Reflect on your experiences by asking yourself the following questions:

Recommendation #3: Learn what arouses you. Read erotica by women and explore fantasies.

Recommendation #6: Work your pubococcygeus (pelvic floor) muscle. A strong pubococcygeus muscle makes it easier to orgasm. Strengthen it by using vaginal barbells, which are small weights inserted into the vagina. Contract to hold the barbells in while you try to pull them out with your fingers.

The OneTaste technique is the second method for practicing how to have a better orgasm. The author studied with OneTaste practitioners to learn their techniques and believes their 15-minutes-to-orgasm session is very effective for two reasons: There are no goals (and therefore no pressure), and it separates orgasm from sex.

The technique is practiced for a timed, 15-minute session. Here are the steps:

Step #1: Talk to your partner to make sure you both understand that there’s no goal for the session—all the man is going to do is practice one stroke. It is part of the process of learning how to have a better orgasm. Particularly make it clear:

Step #2: Set up in position. The directions below differ slightly from the OneTaste method because the author found the following version more comfortable for right-handers.

Step #3: Start the 15-minute timer. From this point on, the woman doesn’t have to do anything and the following directions are for the man.

Step #4: Find the spot that will be stroked.

Step #6: After the timer goes, close the session by “grounding”—overlap the hands and push upward on the woman’s pubic bone. The woman chooses the amount of pressure and most women will prefer hard pressure. Grounding is important because it’s guaranteed closure—grounding will happen no matter what (while something like orgasm isn’t guaranteed).

Once you and your partner have completed five sessions, you can add the following to your 15-minute practice:

How to Have a Better Orgasm During Sex

Now that we’ve learned how to create women’s orgasms in two different isolated contexts, it’s time to work on how to have a better orgasm during sex. Here are four tips:

Tip #1: Women create the orgasm. Men can help, but the woman is in charge, and a good general rule is that the man provides the pressure and the woman takes charge of the movement.

Tip #2: Adjust positions to create better angles. For maximum pleasure, the penis should touch the g-spot, which is on the top side of the vagina, 1-2 inches in. The man can find it by turning his hand palm up and inserting his index finger as deep as his second knuckle. If he bends his finger, he’ll find a spongy spot.

For example, to get the best angle in the missionary position (man on top):

Tip #3: Adjust positions to create better pressure. For maximum pleasure, the point of friction should be between the man’s pelvic bone and the woman’s clitoris, not the penis and vagina. The man can try moving his hips side to side, in circles, or rocking back and forth. 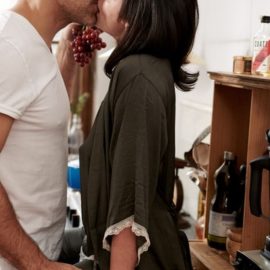 Why Men Should Avoid Monogamous Dating Until Their 30s 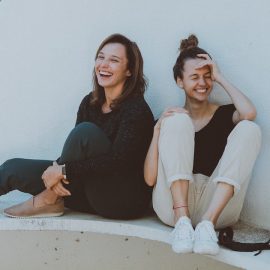