Do you want to know how to be an individual? How can you maintain your individuality in the face of pressures?

Knowing how to be an individual isn’t always easy. You’ll bee faced with social pressures as well as natural instincts to change your behavior in groups.

Read more about how to be an individual.

Control Your Own Nature: How To Be an Individual

Now that we better understand how groups work, we can look at how to maintain our individuality in the face of social force and even gain power.

There are a few strategies for leaning how to be an individual, maintaining your individuality when in a group:

Strategy #1: Determine if your emotions are stemming from yourself or others by pinpointing the source of an emotion. If you can’t find a concrete source, you may be picking up the emotion from others. Analyze which group emotions you’re most susceptible to and how they change depending on which group you’re in.

Strategy #2: Get some distance. If you feel like the group is overpowering you, distance yourself from the members for a little while to regain your individuality.

Strategy #3: Raise your self-esteem. Going along with a group is a way of hiding our insecurities, so develop your self-esteem so you no longer need this crutch. Boost your self-opinion by doing good work and accomplishing things, and by having confidence in your individuality.

Strategy #4: Keep your individuality private. You don’t need to leave or challenge the group to maintain your ability to think rationally. Outwardly, continue to fit in. Inwardly, assess group ideas dispassionately, considering them separate from their source.

Strategy #5: Get a measure of the groups you belong to. Because we no longer have large belief systems—such as religion—but we still crave belonging, we sometimes join cults or groups we probably don’t actually want to get involved with. Weak groups tend to end up with grandiose or poorly skilled leaders, so look for these clues as you evaluate your groups.

Strategy #6: Consciously learn the unwritten rules. Most people figure them out subconsciously, but conscious knowledge heightens your awareness and will help you assess the group and navigate interactions. To do this:

Strategy #7: Tread carefully around factions. There are two ways to handle them and the second is preferable when you want to know how to be an individual:

Strategy #8: Stay realistic. Groups tend to oversimplify. They create enemies, become delusional, and foster conviction bias (the tendency to assume if someone, including you, feels strongly about something, it must be right). Remind yourself of these dynamics so that when they start to act on you, you can notice and pull back.

Strategy #9: Practice considering ideas that are the opposite of the group’s. This will help you train to think for yourself.

To gain power with a group and continue understanding how to be an individual:

Extended Example: The Chinese Cultural Revolution and How to Be an Individual

The events of the Chinese Cultural Revolution are an example of how people behave more emotionally, irrationally, and simply when in groups.

In the early days of the revolution, Jianhua was a student at Yizhen Middle School (YMS). Many of the students made posters that criticized their teachers for being counterrevolutionaries, and Jianhua felt the need to belong, so he joined in, even though he liked most of his teachers and the other students’ actions made him uncomfortable. As the teachers confessed to minor revolutionary infractions, Jianhua felt less sorry for them and the students’ actions appeared more justified.

One of the students, Fangpu, eventually took over the school from the teachers and started a group called the East-Is-Red Corps. Only a few weeks later, the factioning started—another student named Mengzhe started the Red Rebels, who believed that reason was a better strategy than the violence the East-Is-Red Corps was using. Jianhua was starting to fear Fangpu and joined the Red Rebels.

Even though both groups worshipped Mao and had the same goals, they feared each other as outsiders and adopted an us-versus-them mentality. When the East-Is-Red Corps kidnapped some Red Rebels, the Red Rebels discovered that one of their members was a spy and beat her up. This upset Jianhua because it went against the group’s theoretically non-violent ideals. But when the East-Is-Red accidentally killed one of the Red Rebels, Jianhua agreed with the group’s new value that responding violently was appropriate.

This kind of factioning and chaos was happening all over the country and Mao handled it by choosing sides in each local conflict. Mao deemed the East-Is-Red more revolutionary and the Red Rebels became officially the enemy. Jianhua and other Red Rebels were tortured, humiliated, and forced to do menial labor.

Jianhua went home for summer vacation. When he returned to YMS in September, after having a few months of both physical and mental distance in which to recollect his individuality and rationality, he realized that that group behavior had been incredibly destructive. Buildings were destroyed, all the teachers were gone, and classmates were dead. 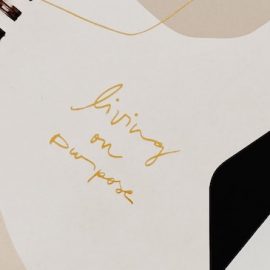