How often do you take the pulse of your company’s culture? Do you have a system to diagnose and solve problems?

CEO and venture capitalist Ben Horowitz says you must keep assessing and improving your organization’s culture to ensure that it continues to serve your vision. He draws insights from Shaka Senghor’s story to pinpoint ways to keep a critical eye on your culture, root out the problems, and ultimately improve your organization.

Here’s Shaka Senghor’s story and how to assess the culture in your company.

Shaka Senghor, whose path to cultural leadership began the day he arrived in prison for committing murder in a street conflict. Ultimately, Senghor became a force for good inside the prison system by continuously assessing and improving the culture of the squad he belonged to.

In prison, Senghor joined the Melanics, a gang-like religious organization, for protection. He quickly noticed that the organization didn’t live up to its mission of protecting members because they were taking advantage of one of the most vulnerable members by forcing him to pay to be part of the squad. After pointing out the lack of coherence in leadership, Senghor became an enforcer of the code and cultural leader. He focused on helping members learn positive lessons about self-improvement from Black leaders and how to support each other. He eventually rose to leadership, and the Melanics became known for being a small but effective squad, which consistently followed a code of conduct.

When a man convicted of killing a woman in a high-profile case arrived at their prison, Senghor’s men wanted to attack him because he had committed a senseless crime. Senghor realized that, to his men, justice meant violence. Although he had been educating them on self-improvement and Black leadership, by condoning violence, he would be enforcing a code of behavior that went against his own evolving principles. The squad then had a difficult conversation about the cycle of violence, and how their actions perpetuated it instead of creating a better future for themselves and others.

(Shortform note: Senghor’s experience highlights how prisons are often not effective at breaking the cycle of violence. According to research, incarceration can increase violent behavior instead of reducing it. Scientists have suggested other alternatives to break the cycle of violence, such as studying the brains of people who show violent reactions in order to understand them better and design biomedical interventions based on that research to reduce those reactions.)

Just as Senghor continuously diagnosed the culture of the Melanics, Horowitz encourages you to also have a critical eye toward your culture. This will allow you to root out the problems and improve the culture.

How to Uncover Problems: Observe Your Company’s Vital Signs

Horowitz says that, instead of asking employees what they think about the culture, leaders should pay attention to how they’re interacting with it. Specifically, leaders should observe certain vital signs of the organization:

Vital Sign #1: Who is quitting and how often. If people who are good cultural fits are quitting, that means the culture is broken. If employees are quitting at a higher than average rate for your industry, and they’re doing so while the business is doing well, they’re not searching for better jobs—they’re looking for better companies.

Vital Sign #2: How new employees behave. New employees have a heightened culture radar because they’re actively trying to fit into the organization. In this case, Horowitz advises asking them what they learned about the culture after they’ve been there for a few days. Their observations won’t be biased by tenure, and they’ll point out behaviors other employees take for granted.

Vital Sign #3: What key goals you aren’t meeting. If your company is not meeting key goals, the culture might be implicitly encouraging people to engage in behaviors that aren’t supportive of your strategy. Horowitz advises looking at the incentives structure in the organization and making sure it rewards the behavior you want to see.

Vital Sign #4: How it looks from the bottom. Leaders experience culture differently than others in the organization do. Horowitz advises stepping into regular employees’ shoes and figuring out what rules they’re applying to climb up the ranks, and whether people are practicing the virtues you hired for as they get ahead.

Vital Sign #5: What has become acceptable. The final vital sign to observe is whether employees engage in unacceptable behavior. Horowitz warns that, if your employees behave in a way you cannot accept, like engaging in unethical behavior, something in the culture has given them the message that they can do so. 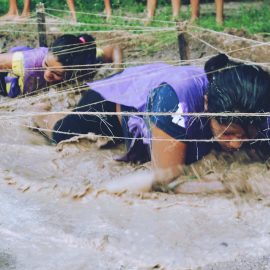 3 Key Sales Challenges and How to Overcome Them 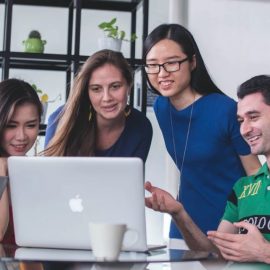 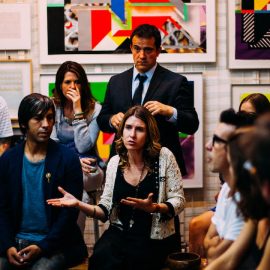