How can toxic chemicals enter your body? What do these chemicals do to your brain?

According to Johann Hari in his book Stolen Focus, toxins from food and the environment disrupt your brain’s chemistry. This makes it harder to focus.

Read more about what happens when too many harmful chemicals enter your body.

Too Many Harmful Chemicals in Our Food

How can toxic chemicals enter your body? One way is through food. Being able to pay attention requires your body to perform physical functions, such as supplying energy and nutrients, to support your cognitive processes. There are three ways in which food can harm those functions:

1) It creates an energy roller coaster. The average diet is too high in glucose. This makes you reach energy highs right after eating and sends you on energy slumps as soon as your body finishes processing your meal’s sugar. Throughout the day, as you’re trying to concentrate, your body is riding an energy roller coaster that makes it difficult to sustain your focus.

2) Food lacks the nutrients your brain needs. Most of the food we eat today is highly processed and contains additives that make it shelf-stable but lower its nutritional value. That leaves your brain without all the nutrients it needs for your cognitive functions.

3) Food contains toxins that harm your brain. In 2009, a study found that 70% of children who eliminated preservatives and dyes from their diet saw improvements in their focus. A similar study caused European countries to ban dyes from foods but the US refused to. Hari suggests that this might account for the higher incidence of ADHD in the US.

The Damage Is Reversible

In his book, In Defense of Food, Michael Pollan sheds light on how the harm our food has done to our brains is reversible. In 1982, an Australian scientist asked 10 formerly bush-dwelling Aborigines to return to their previous lives as hunters and gatherers to see if their health improved. Since moving to civilization years before, they had developed Type 2 diabetes and were at high risk for heart disease. After seven weeks back in their old environment, the researcher tested their blood and found that every aspect of their health had improved.

The results revealed that the negative health outcomes experienced by western populations could be reduced by changes in diet. Specifically, the study suggests that consuming lower levels of sugar can have a positive impact on the body even after a short period and that consuming unprocessed foods that are closer to their origin allows better absorption of nutrients and less absorption of toxins that trigger imbalances in the body.

Too Many Harmful Chemicals in Our Environment

Hari says toxic chemicals in our environment can also enter your body and make it harder to focus. These include:

2) BPA. Bisphenol A is present in the plastic lining of 80% of cans. A study found that if you’re exposed to BPA during pregnancy, your child is more likely to develop behavioral problems.

3) Endocrine disruptors. A study found that many of the chemicals present in our environment and everyday products disrupt endocrine (hormonal) signals. This is particularly worrying in the case of children whose bodies and brains are still developing. If their brains don’t develop properly, they’re more likely to have attention problems or other cognitive deficits.

Protect Yourself From Toxins

Although environmental toxins are everywhere, there are still some things you can do to protect yourself: 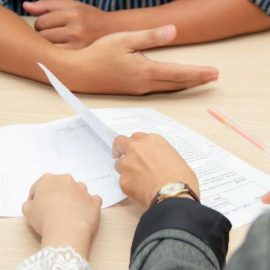 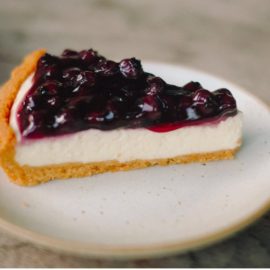