What difference did the Magna Carta make? Why was medieval England particularly disposed to democracy?

In the Middle Ages, England stood out from the rest of Europe. Political economist Francis Fukuyama discusses the Magna Carta, English society’s long-standing organization around local politics, and its emphasis on the legal system as the source of political legitimacy.

Keep reading for a brief history of democracy in England that shows how it was unlike any other nation of its time.

A History of Democracy in England

Of course, the history of democracy in England includes the Magna Carta, and Fukuyama explains how it contributed to government accountability. He also discusses two factors that led to English solidarity and democracy.

Because the feudal balance of power placed them in a relatively strong bargaining position, the land-owning classes eventually sought to solidify and expand their rights and constrain royal power by implementing state constitutions. Fukuyama points out that England, in particular, developed its sense of accountability in part from the Magna Carta, a charter of rights imposed on King John by a group of barons in 1215.

The Magna Carta helped establish the English Parliament as well as the idea that English monarchs had to respect the rights of those they ruled—it promised its protections to “all freemen of our kingdom,” not just to the barons who devised it. In other words, the implicit message of the Magna Carta was that the monarch had to answer to the English people as a whole—not just to one or two elite political classes.

Fukuyama points out that England’s political solidarity was unusual for this time period. As in 13th-century Hungary and 18th-century France, it was most common for individual social groups to seek their own gain (for example, via tax exemptions) at the expense of the rest of society. Fukuyama argues that England was different for two reasons: shire politics and law.

Fukuyama says that, from the start of the Anglo-Saxon period around AD 450, England was organized around local politics (shires) rather than kin groups. Shires were nominally led by a hereditary local official called an ealdorman, but Fukuyama says that real power lay with a royally appointed sheriff (a word derived from the title “shire reeve”). When the Normans conquered England in 1066, they left this system in place, though they redesignated “shires” as “counties”—which are still the main political division in contemporary England.

Shires were unique in that they were structured from the bottom up (through the ealdorman) and from the top down (through the sheriff), which led to a balance of power between state and local interests and a sense that the state was accountable to the shires just as the shires were to the state. Fukuyama explains that shire politics were open to all free men (later all landowners), which gave commoners a significant political voice. At the same time, as a representative of the crown, the sheriff imposed state authority at the local level.

(Shortform note: This emphasis on local politics eventually worked its way into the national government. From 1264-1265, Simon de Montfort, the 6th Earl of Leicester, ruled England after deposing Henry III in a civil war. During that time, de Montfort called the first Parliament to include ordinary citizens from England’s cities and towns. After de Montfort’s downfall, Henry III’s son, Edward I, made this practice standard, ordering that each Parliament be made up of nobles, clergymen, two knights representing each county, and two elected representatives from each city and town. These early Parliaments became the foundation for the modern division of Parliament into the House of Lords and the House of Commons.)

Factor #2: English Law and Consent of the Governed

According to Fukuyama, England’s local politics most commonly revolved around laws and courts, and, as a result, English monarchs originally derived their legitimacy from their roles as legal arbiters. Fukuyama explains that, in the 11th century, kings traveled around the country to preside over royal courts of appeals where citizens unhappy with the decisions of local legal officials or lords could seek redress.

Fukuyama says, that under this system, the royal courts tended to support the property rights of non-elites seeking protection from noble abuses. By overturning local decisions, kings increased their prestige and demonstrated their authority over the noble courts. At the same time, they reinforced the rule of law and created strong popular support for the legal system.

Over time, Fukuyama says, the idea of legal legitimacy evolved into the notion that the state’s rule was legitimate only if it had the consent of those it governed. By the 13th century, Parliament essentially co-ruled with the monarch and generally saw their role as protecting all citizens from royal abuses, particularly when it came to taxation. In 1642, years of conflict between Parliament and Charles I erupted into the English Civil War, which ended in 1651 with Parliament’s victory and Charles’s execution.

After several more decades of strife, Fukuyama says, the principle of consent was finally cemented in the Glorious Revolution of 1688, in which England peacefully deposed James II in favor of William of Orange and Mary II. In essence, the Glorious Revolution established that England’s monarchs didn’t have an absolute right to rule—their authority depended on the approval of Parliament, and by extension, the people.

A History of Democracy in England: Local Politics & the Rule of Law 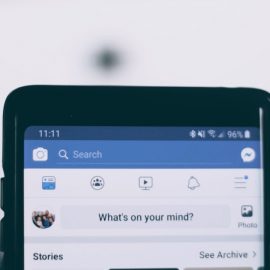 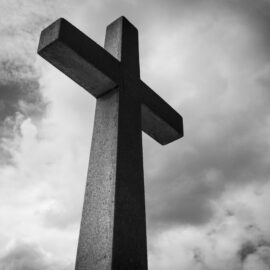 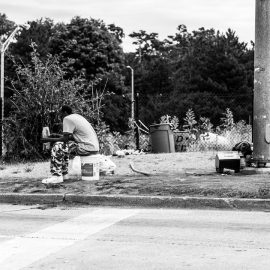